Osborne brings us to imminent economic meltdown, and blames everybody else - Canary 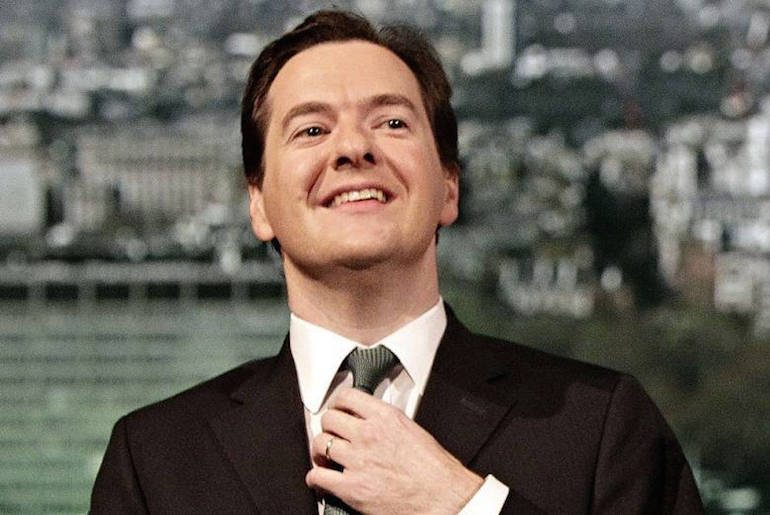 The chances are Chancellor George Osborne is all over your media at the moment, warning you that the UK economy could be headed even further down the pan in 2016. But make no mistake: Osborne is not to blame. No, while Labour caused the last global economic crash, this time China is to blame. Or the Middle East. Or oil prices. Or Jeremy Corbyn. Or maybe even you, with your “creeping complacency”.

Speaking to an audience in Cardiff on Thursday, Osborne broke the news that, for all his crowing about the successes of his “long term economic plan” in his Autumn statement just six weeks ago, things might not actually be very rosy after all.

In fact, the UK economy is facing a “dangerous cocktail of new threats”. Global threats. A whole range of threats – from financial market turmoil and collapsing commodity prices to conflict in the Middle East and the slowdown in China – none of which, Osborne was very clear, have anything at all to do with him.

Osborne has repeatedly blamed the Labour party – not the global financial crash or the deregulated banking system that he wanted to further deregulate – for leaving the UK’s economy in a mess, which he has had to heroically clean up by creating more debt than every Labour government in history. Now that another global economic meltdown looms, it turns out the global economy can actually mess up the UK economy after all.

In his attempt to pre-emptively deflect any blame from himself, Osborne hasn’t just pointed the finger at global threats. Our predicament is also partly Britain’s fault, for being complacent about those global threats:

As we start 2016, I worry about a creeping complacency in the national debate about our economy. A sense that the hard work at home is complete and that we’re immune from the risks abroad.

Osborne hasn’t been complacent. That wasn’t what he meant when he said this in his pre-election Budget last year: “We took difficult decisions in the teeth of opposition and it worked – Britain is walking tall again.” It’s the rest of Britain that is complacent. The people debating the economy. The media. The rest of us. It may even be David Cameron, whose answer to almost every question at every Prime Minister’s Questions is that everything is going to be okay because we’ve got a “strong economy”. It’s everyone except the Chancellor of the Exchequer.

In particular, it’s those who dare to disagree with Osborne on austerity. In a section of his speech that’s being hailed by some as a swipe at Jeremy Corbyn’s anti-austerity policies and by others (paywall) as a warning to Conservative MPs not to go soft on austerity as further cuts bite, Osborne said:

Anyone who thinks it’s mission accomplished with the British economy is making a grave mistake. 2016 is the year we can get down to work and make the lasting changes Britain so badly needs. Or it’ll be the year we look back at as the beginning of the decline. This year, quite simply, the economy is mission critical.

So, whoever is to blame for the impending economic meltdown – whether it’s China, you, me or Jeremy Corbyn – there is only one solution: more austerity and more cuts. He puts it more explicitly here:

For Britain, the only antidote to that is confronting complacency and sticking to the course we’ve charted.

And therein lies the real threat to the UK’s economy. Osborne’s austerity programme has brought us soaring national debt, repeatedly missed targets on deficit reduction, skyrocketing household debt and the loss of our AAA credit rating. And, as he sells off any profit-making assets the state might still own, things are only going to get worse.

Osborne may be economically incompetent, but he is the master of narrative and message discipline. He will be all too aware that the Conservatives won the last election because they – and particularly he – succeeded in pinning the blame for Britain’s economic woes on the Labour party in the minds of large swathes of the British public, and they succeeded in selling the myth of the Conservatives’ economic competence. If the economy is about to go further down the pan, Osborne knows he needs to quickly deflect the blame from himself onto somebody else – anybody else.

After all, there’s more than just the future of the country at stake: his very career is on the line.