Cameron's embarrassing slip-up reveals how much he loves the growing gap between rich and poor (VIDEO, TWEETS) - Canary 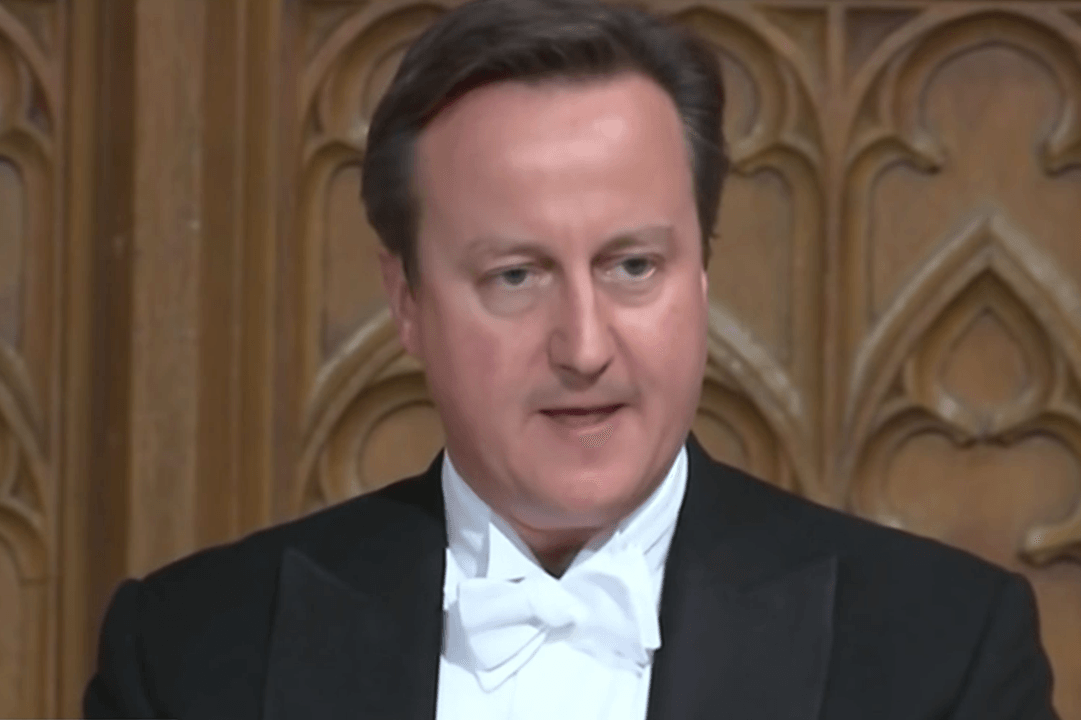 Is the quest for equality in Britain in safe hands? Well David Cameron seemed to suggest it isn’t during 2016’s first prime minister’s questions when he made the following Freudian slip:

With this error, it seemed Cameron’s obsession with the non-issue of the shadow cabinet reshuffle was beginning to produce mistakes elsewhere in his rhetoric. Or perhaps Jeremy Corbyn’s civilised technique of focussing on the important issues while snubbing Cameron’s immature attacks had knocked the prime minister off balance.

Either way, Twitter users quickly picked up on what they perceived as the prime minister’s accidental honesty:

Truth escapes David Cameron's lips for a moment 'Income equality has gone down since I've been PM" #honestpolitics https://t.co/hqJ9I6Q7fN

"since I've become Prime Minister income equality has actually fallen"Wow,Cameron told the truth,even if it was accident @Debbie_abrahams

The slip came in response to a question about FTSE100 CEOs apparently receiving more money in the first two working days of 2016 than an average worker will earn in the entire year.

So what’s the truth about income inequality in the UK?

The reality is that the UK currently has one of the highest levels of income inequality in the Organisation for Economic Co-operation and Development (OECD). But this is nothing new, insists Mikey Smith at The Mirror:

According to the Office of National Statistics (ONS), the 1980s saw a large increase in income inequality. In recent years, it says, “the trend has been broadly flat”. This means Cameron’s time in power has made very little difference to income inequality statistics.

Comparing the wages of the top 1% and everyone else in the UK, meanwhile, Institute for Fiscal Studies (IFS) figures reveal that:

inequality has been rising almost consistently since the 1980s

And any slight reductions in income inequality recently, the institute suggests, “could prove temporary” if the correct action is not taken. Even the government’s own Social Mobility and Child Poverty Commission has suggested big steps will be needed to deal with inequality in an effective way. A report in December 2015 asserted that there was a “growing social divide by income and by class” and a “growing unease about the lack of fairness in our society”. Far from looking positive, it said:

If the trends of recent decades continue, we will become a society that is ever more divided

Cameron and co are failing to address rising inequality

So the current Conservative regime is doing little to address the massive issue of inequality in the UK. To be fair, New Labour did no better, leaving power as it did with “a similar or a slightly higher level of inequality” according to Full Fact. But Cameron should not be let off the hook.

The prime minister is clearly failing to address the worrying gap between the highest earners and lowest earners in society. And on top of this, says The Huffington Post’s Ioan Marc Jones, his government is “actively promoting policies that have inevitably increased inequality”.

According to IFS director Paul Johnson, chancellor George Osborne’s austerity measures will leave almost three million working families “an average of £1,600 a year worse off”. And this at a time when Osborne has overspent by billions, allowed some of the world’s biggest investment banks to pay little or no corporation tax, and privatised £37.7bn of public assets.

Furthermore, the government’s policies have already had a negative impact on the wealth gap in the UK. In December 2015, the ONS released figures showing that, in the period between 2012 and 2014, the top 10% of earners owned around 45% of the total household wealth in the UK. This figure had increased since 2010. The least wealthy 50% of the population, meanwhile, owned around 9% per cent of total UK household wealth. This had decreased since 2010. The new state of affairs was summarised in the following ONS diagram: 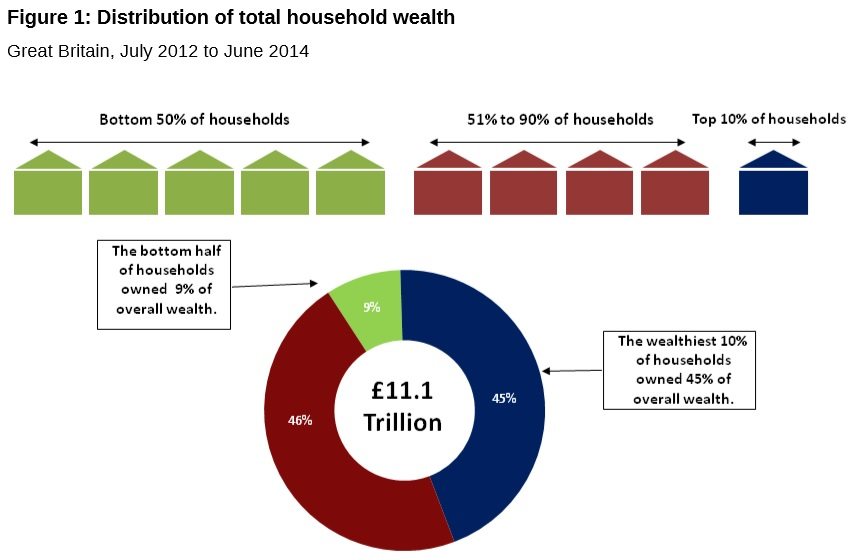 Overall, it is clear that David Cameron’s government serves the interests of the small number of people in the UK who are already wealthy, while punishing the majority of working citizens. And instead of truly addressing the problems suffered by people across the country, the prime minister still focusses his efforts on insulting his opponents and avoiding their important political questions. In this environment, we are left to assume that the prime minister is simply unable to defend his party’s record on the basis of facts alone.