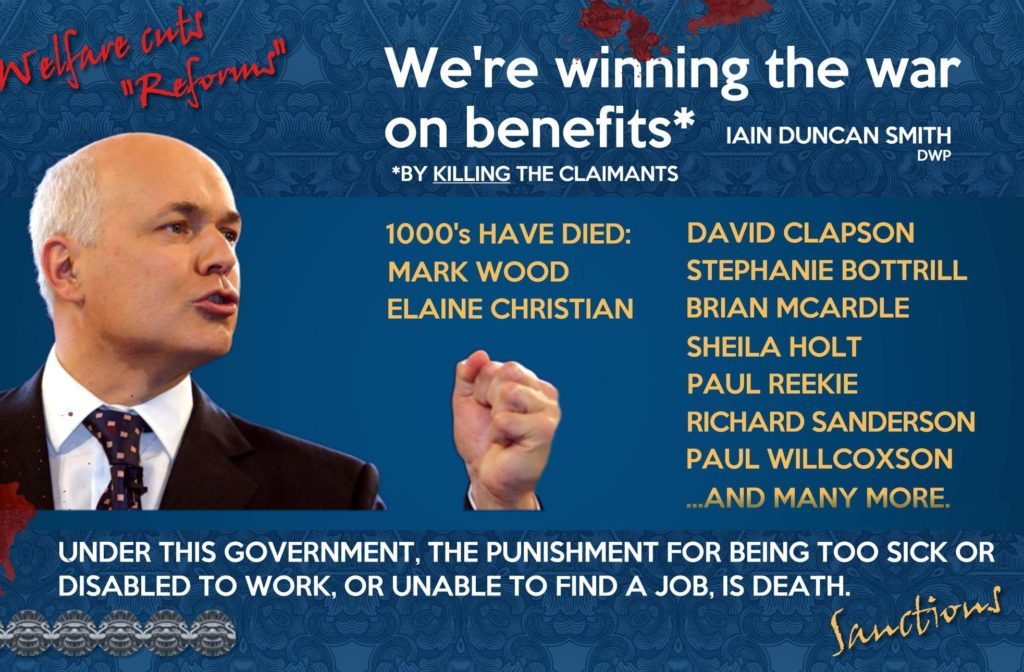 It is not news that the way the benefits system sits now needs addressing. The recent story of a woman being told her benefits would be stopped on the day she died has highlighted once again that those receiving benefits are not being fairly and accurately assessed.

Dawn Amos, a 67 year old woman who suffered from Chronic Obstructive Pulmonary Disease (COPD) was informed by the Department of Work and Pensions (DWP) that she was no longer entitled to attendance allowance on the very day she died in hospital.

Her daughter explained that Dawn was suffering daily, with difficulties using the stairs and getting ready, along with being housebound. Her husband added that she was barely able to walk the length of her garden (40-50ft) without becoming severely breathless.

The DWP stated that they made the decision based on various information sources, which included input from her GP. Her husband claimed however, that Dawn’s GP kept changing so much so that he was unable to recall the name of her assigned GP. The timely notice was sent out the day she died in hospital, after she stopped breathing at home.

This is not the first case of the atrocious treatment of people who rely so heavily on support from the DWP and sadly it does not seem like it will be the last.

Two years ago, Pete Woodcock told the Scunthorpe Telegraph that when he was diagnosed with cancer the DWP reduced his benefits by 40%, which was due to him claiming JSA instead of sickness benefits. In order to receive adequate treatment he had to reduce his number of hours volunteering and attendance at job clubs. He explained that despite being unemployed for eight years he had in fact volunteered for 40 hours a week whilst trying to find work. What is shocking is that he was told in order for his previous amount to be reinstated he would need to stop his potentially life-saving cancer treatment.

There have been several cases reported in recent years of the mistreatment of those receiving benefits. Linda Wootton had been suffering from a number of health conditions which ultimately led to her death but the results from a ‘fit to work’ assessment conducted by ATOS heathcare led to her benefits being stopped. She had spent the months prior to her death worrying about her benefits being stopped and feeling like a “scrounger” according to her husband.

Colin Traynor, an epileptic was also declared well enough to work despite his long-term medical condition. He did appeal the decision but sadly he died whilst awaiting the result, (which was in his favour after all).

Yet another disturbing story surfaced from a 13 year old boy who lost his dad in 2011. His father Brian McArdle had suffered a stroke on Boxing day the previous year which had left him severely disabled. Whilst awaiting his appointment at ATOS for an assessment he suffered another stroke. Despite this, he was informed that his benefits would be stopped. He subsequently died from a heart attack a day after his benefits were stopped. His son describes his anger at the system after having to watch his dad worry about how he would cope with the changes.

The list goes on with more shocking stories of those relying on benefits to survive dying due to starvation and even suicide. More has to be done to help vulnerable people and it starts with the system.

The Work Capability Assessment (WCA) is used to determine who is eligible for Employment and Support Allowance (ESA). It has been used since 2008, but claimants who were found to be unfit for work previously were re-assessed in 2011. This resulted in a number claimants suffering from serious medical conditions such as cancer being categorised as fit to work. Following the sheer volume of issues raised about the WCA, there has been an independent review with a number of recommendations.

Last year the DWP initially refused to release crucial data about mortality in relation to incapacity and  ESA benefits. Following a verdict to release the statistics, it was found that 50,580 people died (during December 2011- February 2014) with 2,380 of those claimants dying after being found fit for work which meant that their ESA benefits were stopped. Of course, these figures must be interpreted cautiously but there seems to be a consensus about the flaws within the benefit system and how recipients feel they are being inappropriately treated when they have serious conditions that affects their ability to live let alone to work.

The stories above represent just a small proportion of the people being refused benefits or indeed having their benefits stopped. It is hard to think that these deaths are purely coincidental with no contribution from the devastating news of being told any further financial help will stop. How many more people have to die before the system which was designed to help those who cannot help themselves is reformed?