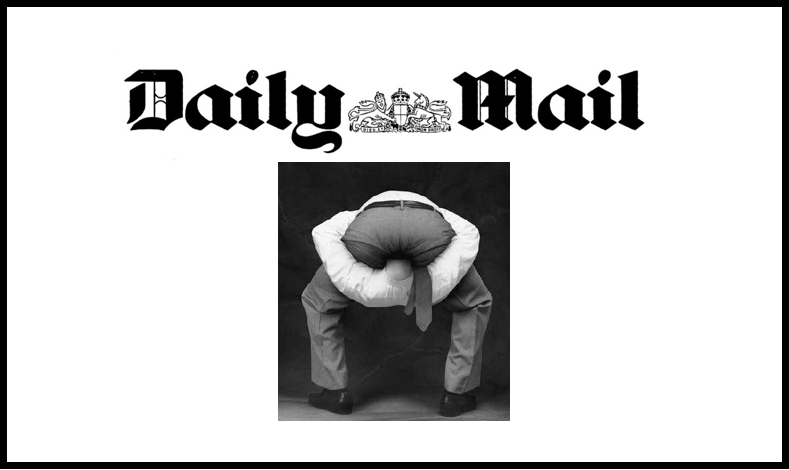 The Daily Mail might well have printed its most ridiculous headline yet, by accusing Facebook of making its users ‘narrow-minded’.

Apparently, the ‘echo chamber’ of Facebook allows people to seek out opinions that confirm what they already believe. The article reads:

Facebook users were found to gather their news selectively, limiting exposure to information that goes against their ways of thought.

Consumers of both scientific and conspiracy information engage in this type of behaviour, but the spread of unproven rumours can lead to naïve social responses, the authors write.

This, from the Daily Mail. The Daily Mail who printed this cartoon about the human beings fleeing Syria, turned into refugees by a catastrophic civil war. Stanley McMurty, who goes by the pen name ‘Mac’, produced a chillingly racist cartoon for the Mail – which depicts refugees as marauding soldiers, running into Europe alongside rats. The implication being, they are one and the same.

And no one can blame the Daily Mail for being inconsistent in its dogged attacks on refugees. In 1938, as the Jewish population of Germany began fleeing Hitler, this was the welcome they received from the Daily Mail.

Not only did the Daily Mail propagandize against the incoming Jewish families, but they spent years cheerleading for fascism in general, and Hitler in particular. In 1934, Daily Mail owner Viscount Rothermere wrote an editorial personally inviting Britons to embrace both.

Now, one could argue then that despite repeated studies showing that Britain benefits socially and economically from immigration – the Daily Mail and its readers might be seeking to simply confirm opinions they already hold by spreading misinformation as fact.

Indeed, a landmark study conducted by Ipsos-Mori in 2004 found that this was true of all media sources – in short, human beings operate a confirmation bias. We form opinions and we seek out facts to confirm that. While just 19% of Guardian readers felt immigration was the number 1 issue facing the country, nearly half of Daily Mail readers thought so.

The best thing we can all do to avoid falling into the same trap as the Daily Mail and those who believe what they read in its pages, is to acknowledge that confirmation bias is a human condition. It is not the problem of Facebook, or the Daily Mail, or The Guardian. They merely take advantage of our willingness to accept, unquestioningly, misinformation that endorses our opinions. By thinking as critically about that which we love, as that which we despise, we can make our own valid contribution to making the world just a little less like the Daily Mail.