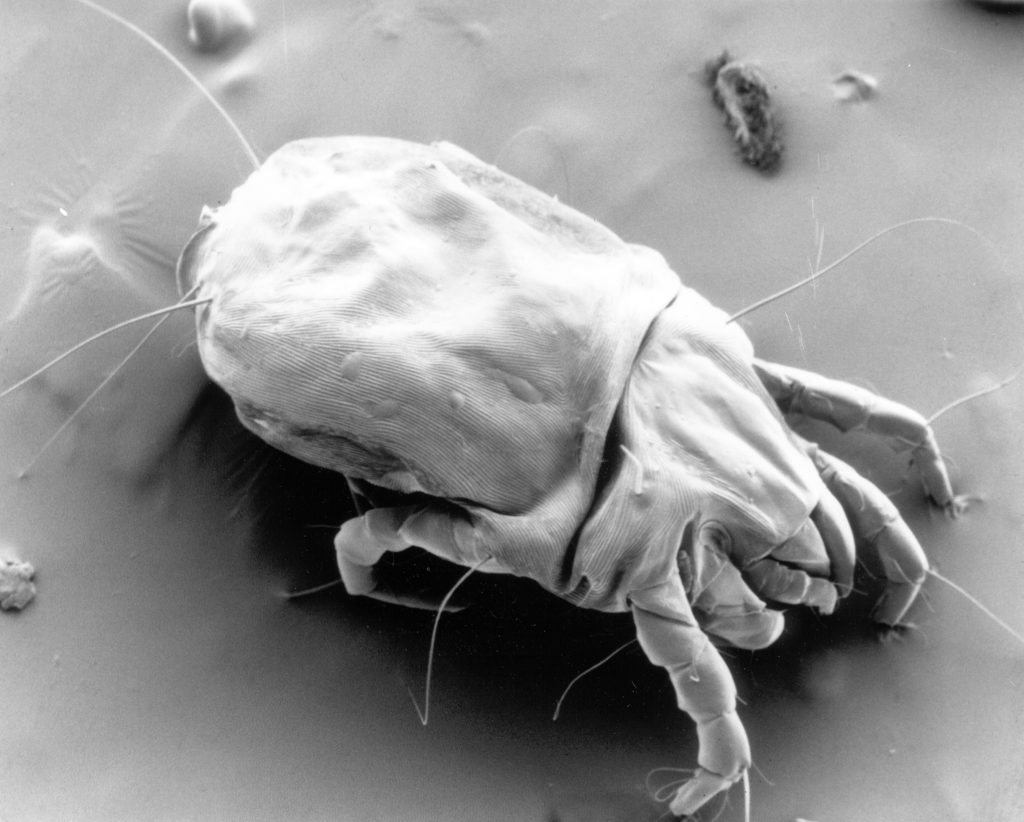 It’s enough to make your hair stand on end: the thought of creepy crawlies running across your living room floor, in your bath… under your sheets. Turns out it might be even creepier than you thought.

US scientists have shown for the first time that the average home is teeming with more than 100 species of arthropod, like spiders, lice and centipedes.

Arthropods make up 80% of all known animal species; there are more than a million species worldwide and they can survive in almost all conditions – including your house. Dr Matthew Bertone, an entomologist at NCSU, told National Geographic:

That old wives’ tale that you’re never more than ten feet [three meters] away from a spider? If you’re in your home, that might be true.

Despite being so common, little research has been done on the arthropods we share our lives – and our homes – with. In the new study, scientists from North Carolina State University analysed this “vastly understudied system” by examining 50 “normal” US homes to see what was lurking there.

They asked for volunteers and chose 50 free-standing houses in Raleigh, North Carolina, of an average size of 185 square metres. The homes were clean – not the hoarded nightmares you might associate with houses full of bugs. The team sampled only visible surfaces, and took live and dead insects and spiders from throughout the houses.

In total, they collected and identified more than 10,000 specimens from 554 rooms in 50 homes. They represented at least 579 different species in total. Dr Bertone told The Guardian:

We were pretty surprised with what we found, such as the smallest wasp in the world, which is just 1mm long… I never thought I’d see such biology in homes that were clean, not filled with junk, just normal homes. My hope is that this doesn’t freak people out but people need to know their houses aren’t sterile environments.

So what might you be sharing your home with? Every house was home to four families: cobweb spiders, carpet beetles, gall midge flies and ants. Almost all the houses also contained book lice and dark-winged fungus gnats. Flies were the most common animals overall.

Most of the species came from outside, so they were harmless rather than being pests. According to Dr Bertone, they’re pretty benign house guests:

There are lots of cobweb spiders and also the house centipede, which is a really creepy looking creature to some people but I find them fascinating. They are very fast and if you’re a cockroach, you’re likely to be on their menu. Most of these things aren’t pests, they peacefully co-habit with people.

The team plans to carry out further research to understand the role of these arthropods in our lives; they believe this knowledge could have “major economic and human health implications.” For now, all we know is that we’re not alone, no matter how clean we think our homes are.