Bank of England reject interest rate rise, but for all the wrong reasons - The Canary 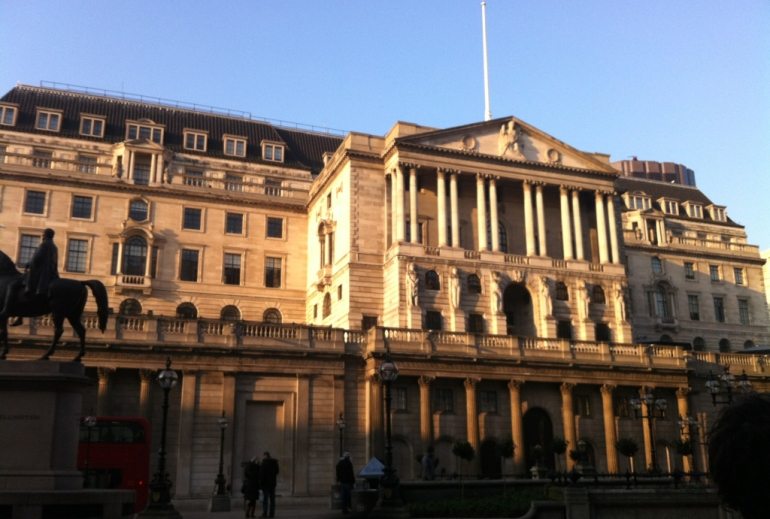 Mark Carney, governor of the Bank of England, has put forward a firm argument against raising the interest rate. While his conclusion is correct, Carney’s stated reasons are secondary at best.

The argument in favour of such a rise is two-fold:

Firstly, inflation has started to increase again, and a higher interest rate would discourage people from borrowing to spend, as it would cost them more. So there would be less borrowing, and therefore less purchasing, which would cool down demand. Demand exceeding supply is what encourages prices to go up, so this could offset inflation.

Secondly, the pound has been rapidly declining in value over the last couple of months. This is because the current interest rate of 0.5% is low relative to some other currencies, meaning traders are less likely to hold onto sterling for long; high interest rates are what encourage saving. So as traders offload sterling in favour of different currencies, it means demand for the pound is on the wane, causing it to lose value.

Carney, however, has rejected these points in favour of keeping the rate at its current level. His main reasons for this are that the British economy is slowing down – perfectly true – and the global economic outlook is gloomy – also true. As Carney told the Financial Times:

The year has turned and, in my view, the decision proved straightforward: now is not yet the time to raise interest rates. The world is weaker and UK growth has slowed.

These are certainly factors that would count against a rise, as consumers would be more cautious about borrowing money if it cost extra. As above, if consumers borrow less money, they will spend less money, and this would cause the economy to slow down even further. A higher interest rate can also discourage international trade. This is because purchasing the sterling with which to buy on British markets becomes more expensive.

It also has to be said that even with such a rise in inflation, the rate is only 0.2%, which is still very low. Therefore there is no urgent need to take action.

So Carney is not exactly wrong, but he is perhaps being a little coy about the real reason why a rise is not realistic. In fact, he is in a sense talking about circumstances that do not apply.

The real problem is that a large number of people are already in substantial private debt. With wage growth over the last few years being somewhat stagnant, (in spite of a few months’ upswing in late 2014-15) at some points falling behind inflation, people have had to borrow just to cover their day-to-day costs. With wage stagnation, it is difficult enough for borrowers to pay off the amounts owed, even when the rate is at 0.5%. Raising the rate will only increase the amount they have to pay.

People who are engaged in paying off debts are, by definition, people not buying very much, as most of their income is being used to service the debts. It will eat into any savings they have too. They will have little or no disposable income, thus they will not be buying very much in the near future. That means fewer sales for the private market, which again means a slowdown. The longer borrowers are engaged in paying off debts, the longer and deeper the slowdown.

So interest rates cannot go up at the moment, irrespective of what is happening in other countries. It would simply bring the expected second credit crunch forward.

If only the coalition government had enacted policies that encourage wage growth, instead of forcing people to get any job, no matter how badly paid (or unpaid) it might be, and fuelling private debt. But no, economic policy of the last five years has rather trapped the country in a kind of split-personality strategy. It actually needs both to raise the interest rate and to leave it where it is, which is, of course, impossible.

Low wages have caused the present economic paralysis, and low wages are a result of austerity. If you wish to help combat this harmful and pointless program, here are a couple of ways you can do so: