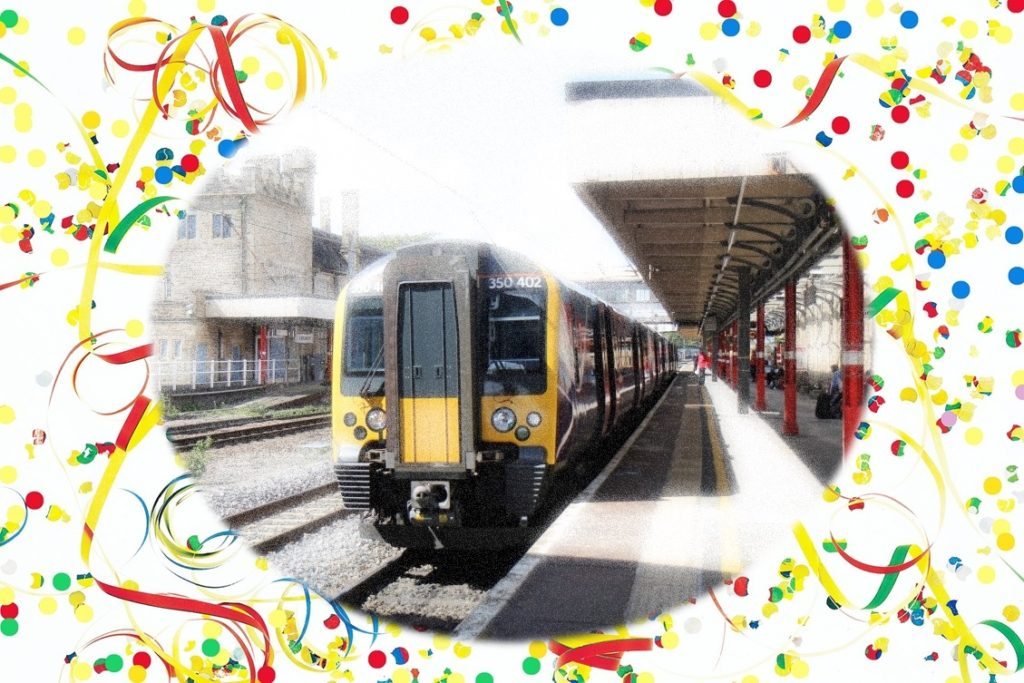 There was good news for commuters in London on 21 January when it was announced that the publicly-owned Transport for London (TfL) would soon be taking over responsibility for two local rail franchises. But why is this such exciting information for railway users? And how did the idea of railway renationalisation manage to attract enthusiasm from both the left and right of the political spectrum?

Well, with Southeastern set to be run by TfL from 2018 and Thameslink from 2021, customers can now expect cheaper fares, new trains and more frequent services, along with environmental improvements and increased staff presence at stations.

Not much, it seems. In fact, this news has been so well received that even workers at the Adam Smith Institute – a right-wing think tank in favour of privatisation – have been celebrating. According to the institute’s executive director Sam Bowman, the entire office cheered when they heard of this incredibly strange case of railway renationalisation under the watch of a Conservative government.

Is privatisation really so terrible?

The short answer is yes.

Earlier in January, the Labour party claimed that commuters in Britain were paying an average of 25% more for season tickets than when David Cameron became prime minister back in 2010. This meant that transportation costs had risen three times faster than wages in the same period.

And on 15 January, Jack Blanchard wrote in the Mirror about how Britain’s only publicly owned railway – the East Coast mainline – had been delivering record levels of both punctuality and passenger satisfaction before it was sold off by the Conservative-led coalition government in 2015. This was according to the last end-of-year report for the service.

The controversial sale came just two months before the general election, in spite of the fact that public ownership had vastly improved the service while creating hundreds of millions of pounds in revenue for the government. It also flew in the face of the fact that the line had been renationalised in the first place back in 2009, after the previous private operator (National Express) had abandoned its obligations at the height of the financial crisis.

The sell-off of East Coast was an act of ideological self-sabotage that put profits before the railways’ best interests.

And for the RMT union, the move was even worse: it was a “national disgrace“. Private ownership had not only failed miserably under National Express, but also under Sea Containers, which ran into financial difficulties during its time in charge of the East Coast line and was stripped of its franchise in 2006. Yet another example in favour of railway renationalisation, the union’s members must have thought.

Let’s act on the evidence

The simple reality is that Directly Operated Railways – a government holding company formed in 2009 to take over franchises when private contractors failed – made over £1bn for taxpayers up to May 2015.

In other words, there is hard evidence that shows public ownership would deliver both better services for passengers and better working conditions for those employed on Britain’s railways. And as Modern Railways editor James Abbott said in 2015, renationalisation would not be difficult at all. Because of the current time-limited franchise system, the government could take lines back at no cost to the taxpayer as they expire.

But change requires political will. And it appears the Conservative party has no interest in the evidence that favours renationalisation. So, as Val Shawcross says at the New Statesman, we desperately need to organise and campaign if we want to transform the system. If we don’t, she stresses:

There’s often very little the left and right can agree on. But there are many citizens at both ends of the political spectrum who accept that railway renationalisation is a no-brainer. So what’s stopping us from making it happen?

Why not sign this petition and join disgruntled passengers and disheartened employees at Bring Back British Rail who advocate the creation of a national rail network run for the benefit of the people and not for the profit of a few CEOs?

And why not write to David Cameron and write to your MP to let them know how you feel about the issue?