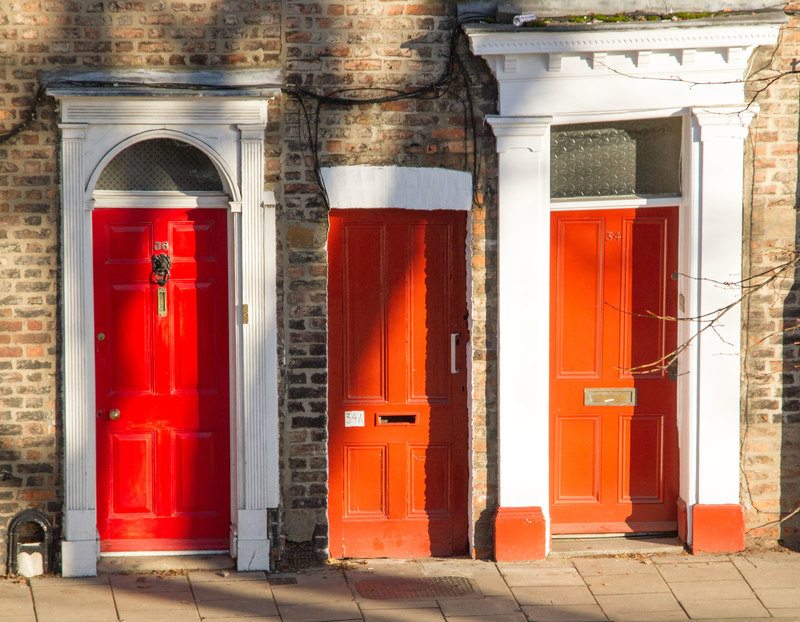 G4S has been accused of creating “apartheid Britain” after one of its subcontractors, Jomast, painted the front doors of asylum seekers red. The painting of the houses in Middlesbrough has led a former MP for the area to compare their actions to the yellow stars Jews were forced to wear in Nazi Germany. Repeated complaints have been made to the company regarding the situation.

Residents say the distinctive colour has resulted in them being subjected to hate crime, including having excrement, stones and eggs thrown at their doors, and in one case, a National Front symbol scratched on the door. Others say (video) they have been “attacked”, “feel vulnerable”, and “just want to get one good night’s sleep without worrying”.

Another asylum seeker, Mr Perea said: “everyone knows the asylum seekers in this area have red doors”. He further stated:

They shout, they knock on the door and they throw stones at the windows. It happens every night. Two days ago, somebody spat on the door. We have two children, one a baby. My wife is scared. She sleeps downstairs and is afraid to go upstairs.

At one property, one of the tenants, Ahmad Zubair, decided to paint his front door white, and claimed it was only a few days before he noticed the difference:

When we painted the door I felt it changed after just a few days. There were no more disturbances from the kids. I thought that maybe they saw the white front door and assumed we had moved on and other people had moved in, non-asylum seekers, because the door wasn’t red any more.

However, the change didn’t last long, after a Jomast employee called out to fix a leaking pipe two weeks later said he couldn’t find the house, and people were sent to repaint the door red soon afterwards.

Jomast owns and manages 168 properties in the area. According to the investigation by The Times, 155 of them have red doors. Tenants in 66 of these houses were interviewed – 62 of them were asylum seekers.

G4S and Jomast have denied having a policy which singles out asylum seekers, and have promised to re-paint the doors. However, given this is something they have known about, and received complaints about, for the last four years, it has been a long time coming.

Categorically no G4S policy to house asylum seekers behind red doors, however Jomast will repaint doors in area to address concerns raised

There is a long list of reasons not to trust G4S, from its involvement in Israel/Palestine to the running of immigration detention centres. And, this isn’t the first time G4S has been accused of racism.

In May last year a report by HMI Prisons and Ofsted into Rainsbrook Secure Training Centre – a detention centre for young offenders – found that staff had used racist and degrading behaviour in their treatment of children. The report described:

Young people being subject to degrading treatment, racist comments and being cared for by staff who were under the influence of illegal drugs.

Another shocking case involved G4S guards who faced trial regarding the death of Jimmy Mubenga following his restraint on an aircraft. Although the guards involved were acquitted of Mubenga’s manslaughter, the judge did not allow evidence of dozens of “grossly offensive and undoubtedly racist” texts found on two of the guard’s phones.

The judge claimed this decision to withhold the texts was because they did not have “any real relevance” as to whether Mr Mubenga’s head was held deliberately down for some time while the guards ignored his pleas that he “couldn’t breathe”, which were overheard by several other passengers.

This ruling was criticised by campaigners. Frances Webber, vice-chairperson of the Institute for Race Relations asserted:

The coroner made it absolutely clear how racist attitudes can impact on how people are treated. I absolutely understand why the Mubenga family would not just be shocked at the verdict but outraged. I don’t think it can be said they received justice.

Whether or not Jomast and G4S deliberately set out to brand the houses of asylum seekers is unknown. However, whether it is intentional or accidental racism does not help the people affected, who have been targeted and subjected to horrendous abuse. Even if it was not deliberate, having known what was happening, and doing nothing to rectify the situation for four years is unforgivable for a company which is supposed to be supporting those who are most vulnerable.

And herein lies the problem. Private companies should not be allowed to profit from refugees and asylum seekers – especially companies who are repeatedly accused of employing racist staff, and who seem to have no genuine interest in helping anyone other than themselves. Yet again, those who are most vulnerable, and who are most in need of empathy and compassion, are treated appallingly while big business profits.

Follow Calais Migrant Solidarity, and find out about meetings, collections, events and protests.