Astronomers say there is a ninth planet after all, but it's not Pluto - Canary 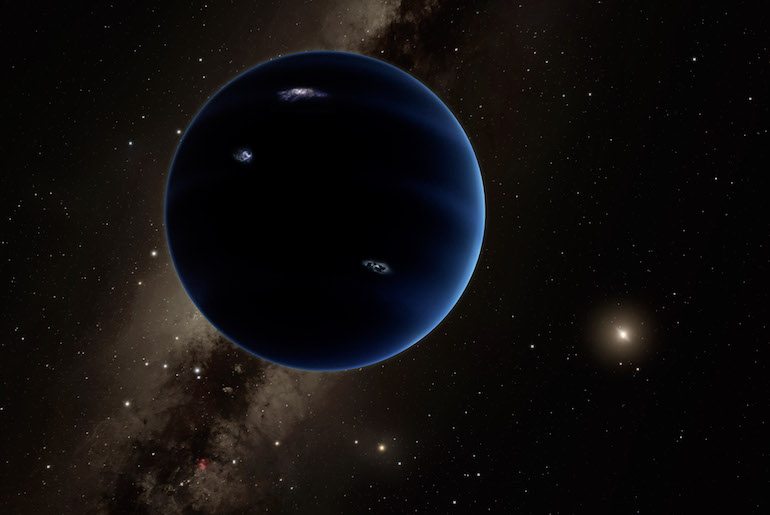 Today’s sophisticated astronomy equipment can detect planets thousands of light-years away from Earth, so you’d think it was pretty safe to assume we know what’s spinning in our own neighbourhood. So imagine scientists’ surprise when they came across what seems to be the ninth planet in our own solar system – one we haven’t yet seen.

Astronomers at the California Institute of Technology (Caltech) in the US have “strong evidence” that there’s a ninth planet in our solar system, in an unusual orbit further away from the sun than Pluto.

Almost a decade ago, astronomers got a better view of the edges of the solar system and discovered that Pluto is actually part of a group of icy objects called the Kuiper Belt.

Now, by looking at the way objects in the Kuiper Belt are moving, researchers have found evidence for a massive planet orbiting tens of billions of kilometres from the sun – and it’s ten times the size of Earth. For Dr Mike Brown, professor of planetary astronomy at Caltech, it’s an exciting discovery:

This would be a real ninth planet. There have only been two true planets discovered since ancient times, and this would be a third. It’s a pretty substantial chunk of our solar system that’s still out there to be found, which is pretty exciting.

At 50 times the size of Pluto, the potential ninth planet would definitely be classed as a planet; in fact, it’s such a dominating force in the solar system that Dr Brown considers it “the most planet-y of the planets in the whole solar system.”

But Dr Brown and his colleague assistant professor Dr Konstantin Batygin haven’t actually seen what they’re referring to as Planet Nine. In their paper, they explain how the evidence points to the existence of a planet, but there are as yet no images. As Dr Brown told Nature:

If I read this paper out of the blue, my first reaction would be that it was crazy. But if you look at the evidence and statistics, it’s very hard to come away with any other conclusion.

How hard can it be to see a planet in our own solar system? Pretty tricky, it turns out. Because of Planet Nine’s huge orbit, it spends a lot of time very far away from the sun, effectively hidden from our telescopes. But the astronomers think it might be visible in around five years using the Large Synoptic Survey Telescope in Chile.

Until that happens, not everyone will be convinced. Hal Levison from the Southwest Research Institute told National Geographic:

I tend to be very suspicious of claims of an extra planet in the solar system. I have seen many, many such claims in my career and all of them have been wrong.

For astronomers who are still reeling from Pluto’s demotion, this is exciting news – there could be nine planets after all. Now it’s time for everyone to scan the sky until someone catches a real glimpse of the giant planet.