George Osborne is crowdsourcing ideas for the 2016 budget, here's 5 on the house (TWEETS) - Canary 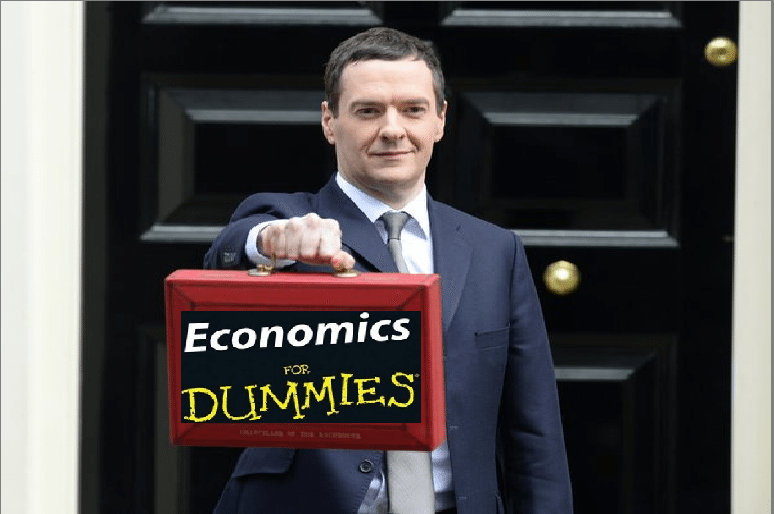 George Osborne is crowdsourcing ideas for his upcoming March budget. This is a wonderful idea, as the Chancellor needs all the help he can get.

Are you a member of the public with an idea for Budget? 1 wk 'til survey closes https://t.co/5IVQ1Trxfj #haveyoursay pic.twitter.com/5HTQInW0g8

Here’s five fresh ideas for Osborne, on the house:

The first step to doing a good job, is learning about the subject. It really helps to at least know the basics behind your career, especially one as important as Chancellor of the Exchequer. Unfortunately, Osborne’s 2:1 in Modern History isn’t really going to help him manage the fifth-largest national economy. His most recent relevant qualification, a GCSE in maths, does not set him apart from most 16-year-olds.

His work experience is not quite up to scratch either. Osborne may well have folded towels at Selfridges with the grace of a god, or entered data for the NHS with the up-most care, but running the Treasury involves a little more than nimble hands. These were the Chancellor’s only jobs before he became involved in developing Conservative party policy in 1994, prior to their least successful period in history.

Being open to the input of other present day economists might be useful in developing a comprehensive picture. Two-thirds of economists assert that the coalition’s austerity programme harmed the British economy. Even the conservative IMF are behind investment based growth. Yet, Osborne has abjectly ignored such widespread opinion, blundering ahead with his disgraced austerity experiment.

Despite the cause of economic problems likely being austerity itself, the solution for Osborne is always more austerity.

It is clear Osborne’s Modern History degree did not touch on 20th-century economics. A look at public debt trends from the last century shows that austerity programmes only pile on more debt, while investment in public services, infrastructure and people reduces it. The principle that one must spend money to make money is understood wholeheartedly by the private-sector, who are very eager to purchase our railways, health service and secondary schools.

5.) Actually listen to the public

Twitter had a lot of helpful advice for Osborne, too.

Some expressed concern about Osborne’s austerity disproportionately impacting the poor:

@hmtreasury Take less from the " have nots " and give less to the " haves ". Stop using the poor to try & balance the books

Others were concerned with rampant tax avoidance. Meanwhile, Osborne hails the recent rip-off Google deal as “a major success”.

Many were concerned with the building of HS2:

One user had quite a radical suggestion:

Whenever David Cameron or Osborne don’t have an answer to a question, they ramp up the rhetoric and begin barking on about a ‘long-term economic plan’. If you feel like the phrase has been branded onto your brain with a hot iron, you know how many real answers these two chaps have.

On the contrary, leaving everything up to the so-called ‘free-market’ is not an economic plan, but a lack thereof. It is exactly the kind of laissiez faire policy that led us into the economic crash in the first place. Which isn’t surprising, seeing as the Chancellor backed every penny of New Labour’s spending prior to the crisis.

Since becoming Chancellor, Osborne has continued to increase public debt and miss all his own targets. He has in fact piled on more debt than every Labour government in history.

Crowdsourcing ideas is a brilliant move by the Chancellor, as he is scraping the bottom of a very shallow barrel when it comes to his relevant experience and qualifications. It is increasingly likely he is the most incompetent Chancellor in history.

Hopefully, he can learn a thing or two.

Support The Canary for free and fearless journalism.

Submit your very own budget suggestion to Mr Osborne! Feel free to use any of the above.