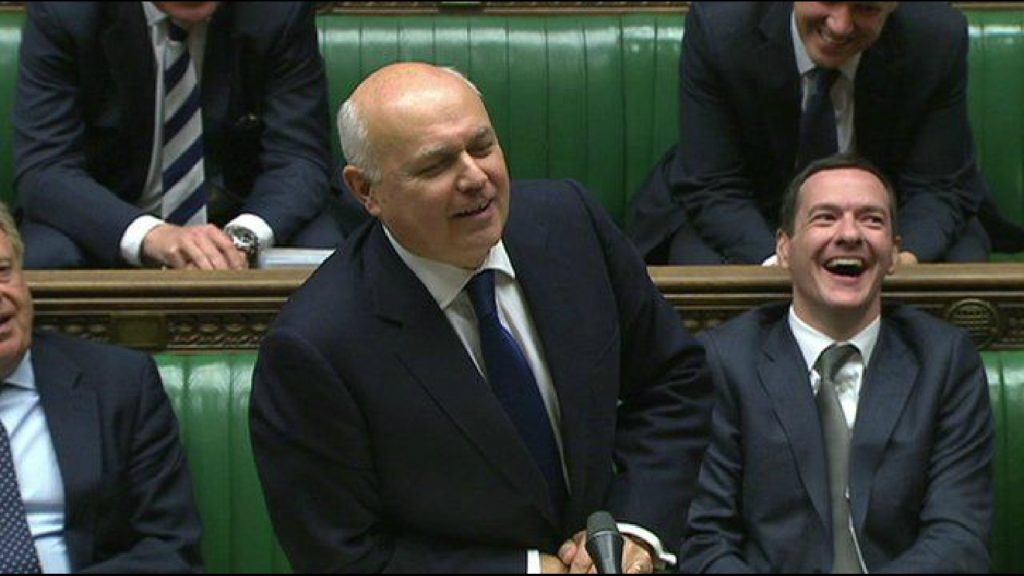 The House of Lords has continued its recent, counter-intuitive role as the most effective opposition there is to the current government-for-the-privileged. One key sticking point of the Conservative Party’s draconian Welfare Reform and Work bill, has been a bid to scrap income targets when addressing child poverty.  The proposal, tabled in July, was effectively blocked by the House of Lords on Monday. The Lords voted through an amendment which forces the Government to continue publishing child poverty data in relation to average household income.

In itself, this is by no means an ideal arrangement. Average earnings have sometimes gone down in recent years. Someone struggling just below the poverty line could be stranded on the same income for a year, but find they are officially out of poverty, because average earnings have declined. The unreliable calculation could do with revamping.

The bill, tabled by everybody’s favourite coward, Iain Duncan-Smith, did not propose a revamp. Instead, it was designed to get rid of the child poverty-versus-average income data altogether. The Tories reasoned that it encouraged unambitious targets for people; Duncan-Smith used the phrase “poverty plus £1” as a sort of ‘goal-line’. For once – just for once – he probably had a point there; the way the data is used at the moment does have a certain whiff of gesturism to it. Find a person below the poverty line, raise them marginally above it, and then say, “There, we did something about it.” The fix will probably be temporary, and will overlook the reality that hardship can still occur above the poverty line too.

Getting rid of this data in its entirety does not make sense however. Poverty cannot be assessed without assessing income. How can one establish whether someone is poor or not, without having some idea of what money they can call upon?

Duncan-Smith wanted to replace the child poverty targets with vaguely defined goals such as ‘life chances’ and ‘social mobility’. The goals would report levels of educational attainment, worklessness and addiction. In other words, naming-and-shaming and stigmatising the poor. Exposing them to public shame will only heap more burdens and duties onto people struggling to get out of poverty. Furthermore, it is unclear whether these new targets would any less have a quality of ‘gesturism’ in the way they would be implemented.

Of course, there is nothing to stop the Government employing both old and new targets. It is not as if the new targets actually contradict the old ones, so scrapping them seems quite needless.

One interesting detail bears mentioning; the timing. This policy was advanced in late summer, 2015. This was around the same time that the Department for Work & Pensions was under relentless pressure from Mike Sivier of Vox Political to release statistics about deaths of people on Incapacity Benefit. The DWP resisted the pressure for months and months before finally conceding that death-rates had accelerated to three times higher under its ‘sanctions regime’. The DWP does not like people knowing the effects its policies have on vulnerable people.

Child poverty is a mounting issue in the UK, especially with the increasing persecution of poor households by the Government. If you want to help combat it, you can

– do volunteer work with the Child Poverty Action Group
– investigate the extent of child poverty in your area with End Child Poverty
– make a donation to Save The Children.

Featured image via screengrab from parliament.uk