Australians want to throw another Queen on the barbie. Isn't it time we did the same? - Canary 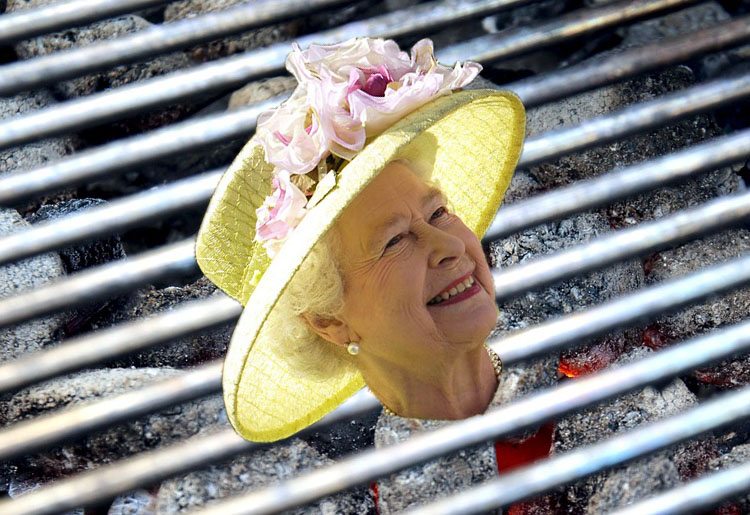 It’s a funny old thing the monarchy. Beloved by many, reviled by some – the subject of the national anthem and punk anthems alike. Though widely regarded as but a keepsake of past glories, in the UK the royal family enjoys high approval ratings as a patriotic institution and source of identity.

But for our close cousins down-under, in the sunny land of boomerangs and kangaroos, the Queen poses a difficult question about what it means to be Australian. Many think it’s time to dump their overseas monarch in favour of a republic, with a more local head of state.

And he’s not far off the mark. For the vast majority of Australia’s political leaders, it’s a question of ‘when’ rather than ‘if’. Last year, the country’s prime minister Malcolm Turnbull said:

But the monarchy is not without its advocates. Gabrielle Hendry of the Australian Monarchist League said “the system works” and provides Australia with “an impartial head of state”.

Political historian Nick Dyrenfurth thinks this is completely the wrong approach, saying at a rally in Victoria:

Let us not for a minute accept the conservative argument that “if it’s not broken don’t fix it”. Monarchism is wrong: it is elitist, hierarchical and discriminatory. Some would even say it is un-Australian. We and our children can never be the head of state owing to the fact that we are Australians and not a member of the British royal family.

Imagine someone in the UK, Jeremy Corbyn perhaps, saying that the monarchy was ‘elitist’, ‘hierarchical’, and ‘discriminatory’. The tabloids raise a storm if he doesn’t bow deeply enough. Just imagine the outcry if he said the monarchy was un-British! But if the royals weren’t seen largely as a relic with no real power, people might actually have to give Dyrenfurth’s accusations some serious thought.

We’ve dispensed with the notion, at least in public life, that some people are ‘better’ than others by virtue of the fact that they were raised in a big fancy house in the country rather than, say, a council estate in Staines, or that power should emanate from one particular family whom a rather partial deity has chosen to rule over us.

Yet the royal family remains in power and retains certain popularity in Britain – perhaps because they are never seen to do much except give speeches and have babies. If there’s a crisis, an illegal war, or a series of economic screw-ups, most people are likely to blame the government rather than the monarchy.

But that’s where we are seriously misinformed.

Though monarchs have not been absolute rulers for centuries, they are not without power. As it happens, the current queen has vetoed 39 pieces of legislation coming from the House of Commons, a fact that is largely kept quiet.

The most notable use of royal power was in 1999, when Tony Blair sought to embroil the country in military action in Iraq. Tam Dalyell, a prominent anti-war MP, wanted to table a motion calling for all declarations of war to require a majority vote in parliament. But declarations of war are a ‘royal prerogative’, a power held by the Queen but lent to the prime minister by convention. The Queen used her veto, and Dalyell’s motion could not even be discussed in parliament.

This problem cropped up again recently. In the wake of the Strathclyde Review (Cameron’s attempt to hobble the House of Lords for rejecting the Tax Credits Bill), Prof Meg Russell was asked if she thought the rebellion in the Lords was illegal or against our unwritten constitution. She replied that the far bigger problem was the prime minister’s ability to pack the House with as many of his supporters as possible, with no upper limit and no oversight. There are now a whopping 821 ‘lords’, 236 appointed by Cameron himself since coming to power, and peers have been telling him it was ‘full’ as far back as 2011.

But what if parliament wanted to change all that? Again, it’s a matter of royal prerogative. The Queen could veto all discussion of the motion like she did in 1999, and the country would have to put up with a heaving and chaotic House of Lords.

So it’s not that the Queen is without power, but that her power is limited to stopping significant changes (whether they are a good idea or not).

It’s not yet clear if Australia will choose to sever ties with Queen Elizabeth while she still reigns, or whether they will hold a referendum some time in the next couple of years. But they will almost certainly stay in the commonwealth, following India which was the first country to do so while dropping the Queen as its head of state.

In the UK, we’ve avoided a big debate on the monarchy for quite a while. We think that by clinging to the Queen we can keep the pomp and ceremony but remain faithful to equality and democracy as a nation. In reality, we’re all for democracy on the outside but remain wedded to a system of minority rule beneath the surface.

Image via pixabay 1 and pixabay 2.