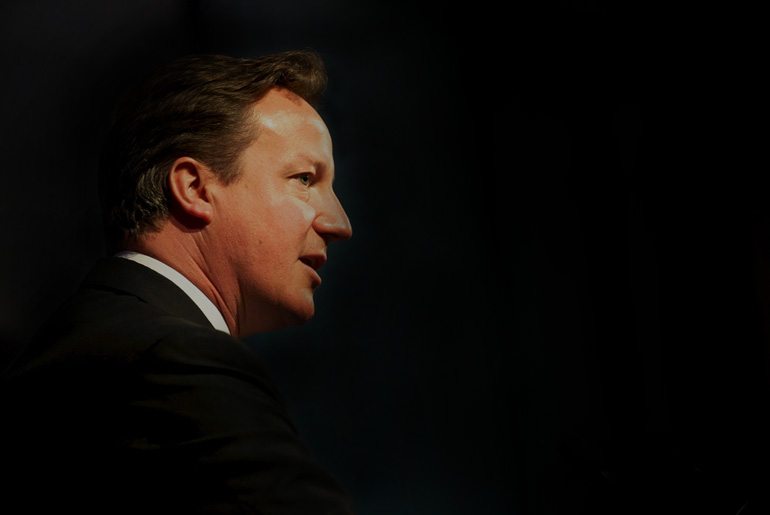 David Cameron has only a slim majority in the House of Commons. So rather than risking defeat on controversial issues like fox hunting and fracking, he’s pushing them through the Commons without scrutiny, using a parliamentary device called a “statutory instrument”.

You can see why their use has skyrocketed from 1,100 in 1982 to over 3,000 a year for most years since David Cameron came to power. And the Prime Minister is increasingly using them not just for technical details, but to push through everything from swingeing welfare cuts to changes to our electoral system:

This month, the government tried to quietly scrap maintenance grants for low-income students in England. It’s a drastic cut which will change the lives of millions of young people (around half a million students benefit from the grants right now), pricing them out of higher education unless they take on huge debts. And it wasn’t in the Conservative party manifesto.

The government used a statutory instrument to prevent the cut from being debated on the floor of the Commons. Instead, it went it a committee of just 18 MPs (half of them Conservative). Thanks to pressure from the National Union of Students, and the tabling of a last-minute opposition day motion by Labour, it was finally debated by MPs on Tuesday. However, the debate only lasted 90 minutes, and the government managed to push through ts plans with a tiny majority.

Last year, George Osborne tried to force through a £4bn cut to tax credits through parliament without scrutiny. This was another drastic cut that was left out of the Conservative party manifesto (in fact, before the election David Cameron explicitly promised not to cut tax credits) that will affect millions of people, including 5.2 million children.

Most politicians might consider such a measure worthy of debate, but not George Osborne. Instead of putting the tax credits cut through as part of the Finance Bill, where it would be properly scrutinised, he tried to ram it through as a statutory instrument. This time, though, the move backfired. Statutory instruments still have to go through the House of Lords, and the Lords rebelled. Osborne was forced to scrap the cuts, at least in part – and David Cameron was not amused.

In July 2015, the government published proposals to relax the fox hunting ban. It was a controversial move so, once again, the government used a statutory instrument to try to force through its changes by the back door – a tactic that even Cameron’s own sports minister slated as being underhand.

This measure though was in the Conservative manifesto – along with a commitment to give MPs a free vote on it. When the SNP said it would vote against the changes in that free vote (even though the changes would not apply to Scotland), it dawned on Cameron that he would lose. He postponed the vote, pledging to hold it after he’d given English MPs a veto on legislation affecting England only.

Which brings us to the next piece of legislation. Earlier this month, the Guardian reported: “This week the Commons held its first ever vote excluding Scottish MPs – a provision of the English votes for English laws (Evel) system introduced last year by statutory instrument; so without an act of parliament.”

Evel gives English MPs the right of veto over English laws, conveniently silencing opposition from the SNP and others on issues like, well, fox hunting. Some say the law will potentially hasten the breakup of the UK. Others say it isn’t about locking Scotland, Wales and Northern Ireland out of Westminster, but rather about locking Labour out of power, by ensuring that any future Labour government will be unable to deliver its manifesto pledges when faced with a Tory majority in England.

Talking of locking Labour out of power, in December Cameron’s government used a statutory instrument to disenfranchise millions of UK voters (who, as The Canary has previously reported, are disproportionately likely to be Labour voters).

In clear defiance of advice from its own elections watchdog, the government brought in “individual voter registration” a year earlier than planned, bumping up to 1.9m people off the electoral register. This newly diminished electoral register will now be used by the government to redraw constituency boundaries for the 2020 election, in a “boundary review” that is likely to increase the proportion of Tory-leaning constituencies.

With the Tories planning to stay in power indefinitely, they can pretty much do what they like, including breaking their own promises.

In January 2015, the government – under massive pressure from the public – halted its plans to allow fracking under national parks. Later in the same year, it broke that promise and pushed through new laws to allow fracking under national parks, as long as the frackers put their rigs outside the protected areas and drilled horizontally beneath them.

Again, the government used a statutory instrument to avoid full parliamentary debate, and when MPs came to vote on 16 December, they voted in favour of fracking by 298 to 261. The government issued 159 fracking licences the next day.

The immigration bill is a particularly nasty piece of legislation that’s making its way through parliament at the moment. It threatens to reduce illegal immigrants’ (eg failed asylum seekers) access to housing, the NHS and much more. A Scottish Refugee Council policy officer put it like this: “This vicious, ill-conceived and rushed bill mandates the state-sanctioned destitution of refugee children and families [and] outsources the role of immigration officers to thousands of private landlords across the country”.

It’s a big deal, with massive human rights implications. So, is it all being carefully scrutinised by the Commons? Well, the bill itself is. But certain provisions  are being pushed through as statutory instruments (pdf) (for example, the definition of terms that will determine whether or not failed asylum seekers have access to state support) or “Henry VIII powers” (which allow acts – in this case, potentially acts of the Scottish parliament – to be amended or repealed in future without parliamentary scrutiny).

While peers have defeated some elements of the trade union bill (for now at least), the attack on trade unions is still in full swing. The bill, for example, contains a “reserve powers” clause that gives ministers the powers to restrict “facility time” (the time off given to union representatives to be able to carry out their duties) – using a statutory instrument.

There are many more examples – from cuts to feed-in tariffs to the scrapping of winter fuel payments for expats. While this government is not the first to rely on statutory instruments to push through its agenda without proper scrutiny, it is turning the practice into a standard procedure. One Conservative aide has admitted:

We are being told to use statutory instruments wherever possible to get legislation through.

Cameron’s aversion to parliamentary scrutiny shows his contempt for democracy. When you consider his other attacks on the democratic process – from trying to strip opposition parties of their funding to neutering the House of Lords in an act of revenge – David Cameron starts to look downright dangerous.

Stand up against maintenance grant cuts.
Stop fracking.
Sign the petition to scrap the trade union bill.
Join campaigns for electoral reform.
Support The Canary, so we can keep reporting on these attacks on our democracy.