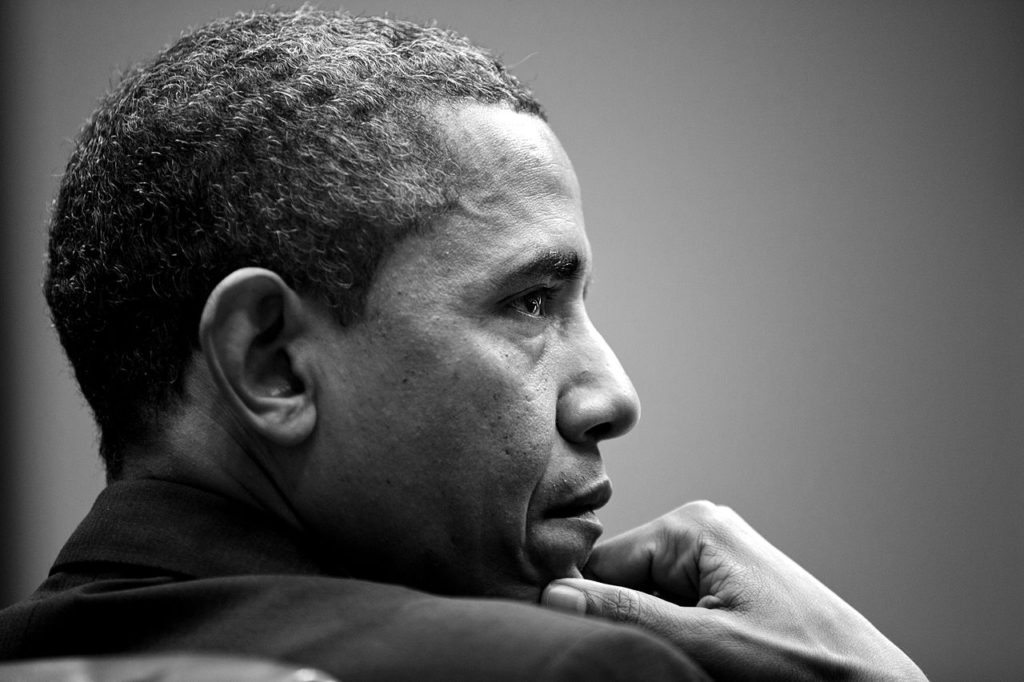 US president Barack Obama announced executive orders on 5 January, aimed at addressing the fact that there have been over 300,000 firearm-related deaths in the country over the past decade.

As an incredibly provocative political issue in the United States, even the small steps now taken by Obama have generated strong reactions. But will the president’s reforms really have an impact? Or is much more still needed?

Obama’s measures and the reaction of US citizens

While pro-gun journalist Neil McCabe tried to explain away the gun-related deaths of 13,338 people in the USA in 2015 as “just a part of life”, President Obama outlined the executive actions he was planning to take to reduce that number. These included:

In a country where violent felons could previously buy guns online within minutes, we would perhaps be entirely justified in calling these common-sense measures. Right?

Well not according to Obama’s opponents, who soon compared the president’s proposed background checks to the actions of genocidal dictatorships. Vocal political detractors in the Republican party also argued that the executive orders were unconstitutional and were a threat to Americans’ second amendment rights (i.e. “the right of the people to keep and bear Arms”).

For Occupy Democrats, on the other hand, Obama’s actions were simply:

a defense of the American citizen’s right to go to the movies, the mall, the doctor without fear of being gunned down by a disgruntled white man with military-grade weapons and extended clips.

At the same time, a quick look at statistics shows that executive orders have actually been a common tool for US presidents for decades. In fact, Obama has used fewer of these than the majority of other presidents since the First World War. It is also worth pointing out that, while Republicans love calling Obama dictatorial, the frequent executive orders of George W Bush rarely received the same type of hysterical reaction.

The New York Times, meanwhile, asserts that Obama’s actions are:

in line with the stated priorities of gun-rights activists

And perhaps the most important statistic is that, according to Carl Bialik at polling aggregation website FiveThirtyEight, over 70% of Americans have consistently expressed their support for background checks in the past two decades.

In other words, the executive orders are both popular and unremarkable.

The reality about gun crimes in the USA

With the 11 September attacks still in living memory for most Americans, the use of guns for self-defence against terrorists is frequently referred to as the perfect justification for the USA’s lax gun laws. Executive vice president of the National Rifle Association, Wayne LaPierre, has argued himself that “the only thing that stops a bad guy with a gun, is a good guy with a gun”. And while the concepts of good and bad are highly subjective anyway, Trace William Cowen at Complex argues that LaPierre’s quote is also “laughably oversimplified”. For one, the vast majority of gun-related deaths in the USA have absolutely nothing to do with actions conventionally considered as terrorism. And then, even if a “good guy with a gun” is actually present at the scene of a crime, exemplifies Jordan Klepper in a report at the Daily Show, that person’s inexperience and lack of expertise working in such a situation may actually make matters worse unintentionally. So unless there is enough money to train up all of the supposed good people in society in an effective way, LaPierre’s mantra is somewhat meaningless.

The simple fact is that the number of toddlers who killed themselves with firearms (at least 13) was almost as high in 2015 as the number of people who were killed in acts of Daesh-inspired terrorism (19) or white conservative terrorism (12). Considering that advocacy group Everytown for Gun Safety claimed in 2014 that two children die almost every week as a result of unintentional shootings, toddler deaths and injuries could probably be considered more of a threat to life in the USA than terrorism. And both accidental shootings and homegrown conservative terrorism should at the very least be given as much attention as Daesh-inspired acts in the mainstream media – especially considering that the latter currently generates a hysteria that makes other violent deaths seem like non-issues.

And all of this ignores the fact that 4,363 of the gun-related deaths and injuries in 2015 were said to have involved police officers and that suicides actually account for around twice the amount of gun-related deaths as homicides do. In other words, a bit of perspective is needed in the debate surrounding gun violence.

It is mostly the American right which fervently opposes any government efforts to rein in the country’s gun problem. And Obama’s executive order has come at precisely the time that armed militants have taken over a federal wildlife refuge in Oregon, calling for the federal government to back off.

On 2 January, a right-wing militia led by Ammon and Ryan Bundy, sons of wealthy Nevada rancher Cliven Bundy, occupied a federal building in the Malheur National Wildlife Refuge in Burns, Oregon. This group split off from a protest over the re-sentencing of Dwight Hammond and Steven Hammond – two ranchers sent to jail for igniting dangerous forest fires to hide the fact that they had been hunting illegally. According to the Hammonds’ lawyer, however:

In other words, the Bundys have their own agenda.

In 1993, the federal Bureau of Land Management declined to renew Cliven Bundy’s grazing permits in certain protected parts of Nevada. However, he continued to graze his cattle there. Claiming the land belonged to him and not the government, he has refused to pay over $1 million in fines. The truth is that the government’s fees for grazing cattle on public land are actually much lower than the fees charged by private landowners – up to 93 percent cheaper than the market rate in other states.

In short, the Bundys simply don’t want to be subject to the same rules as everybody else in the USA. And their militant, right-wing action is one of the big gun-related threats that face the country today.

The hypocrisy of the corporate media

If the Bundy uprising is really about land rights, meanwhile, there is another discussion entirely that we need to be having. In 2012, the United Nations called on the US government to “return some of the land stolen from [Native American] tribes as a step toward combatting continuing and systemic racial discrimination”.

And in response to the actions taken by the Bundy militias, the Burns Paiute tribe have claimed that the militants have been “desecrating one of our sacred sites”. They also insist:

The protesters have no right to this land. It belongs to the native people who live here

But the Paiute have not risen up in arms against the government like the Bundys for a reason. Jamilah King at Mic says that it was:

In other words, the Paiute have concluded that guns cannot solve their problems. The Bundys, however, seem to think they can. And this belief may well have its roots in the way US politicians and media outlets continue to differentiate between the violence perpetrated by light-skinned people and that perpetrated by darker-skinned people. Both Native Americans and African Americans, for instance, seldom garner much sympathy in the US media when they protest against perceived injustices. This is not the case for white Americans.

The double standards of the media when talking about the Bundys and the Black Lives Matter movement, for example, have attracted criticism across the internet.

US Uncut has spoken about the:

Commentators have also hit Twitter to criticise the media’s hypocrisy:

Did I miss the call for the national guard in Oregon? I recall them in Ferguson and Baltimore. #OregonUnderAttack

Men with REAL weapons are being negotiated with, while #TamirRice, a young boy with a fake gun was shot right away…? #OregonUnderAttack

Zach Cartwright at US Uncut suggests that the:

government values white lives above all others

As an example, Cartwright compares the peaceful negotiations with the Bundy militia (“despite the fact that the group… is heavily-armed and has publicly announced they are willing to die for their cause”) to the way in which “military-grade explosives” were used in 1985 to evict a group of African American activists from a barricaded house in Philadelphia. For Carimah Townes at Think Progress, this is a perfect demonstration of:

And herein lies one of the key reasons why the number of deaths in the USA will not be greatly reduced through Obama’s executive orders alone. While the number of gun-related deaths may indeed decrease, equally deadly problems like economic and ethnic inequality will endure unless serious action is taken. In fact, the American Journal of Public Health published a study in 2011 which suggested that around 176,000 deaths in 2000 were the result of racial segregation, while roughly 133,000 were consequences of poverty. These numbers were far higher than the number of firearms-related deaths in that year (28,663). On top of this, much gun crime in fact stems from poverty and inequality.

Therefore, Obama’s recent measures may well be a step in the right direction for preserving life in the USA, but poverty and inequality are much more fatal than guns are. And this means the president’s executive orders will just be a drop in the ocean if they are not accompanied by actions aimed at dealing with ethnic and economic injustice in the United States.