Theresa May is going to deport thousands of people, for not being rich - The Canary 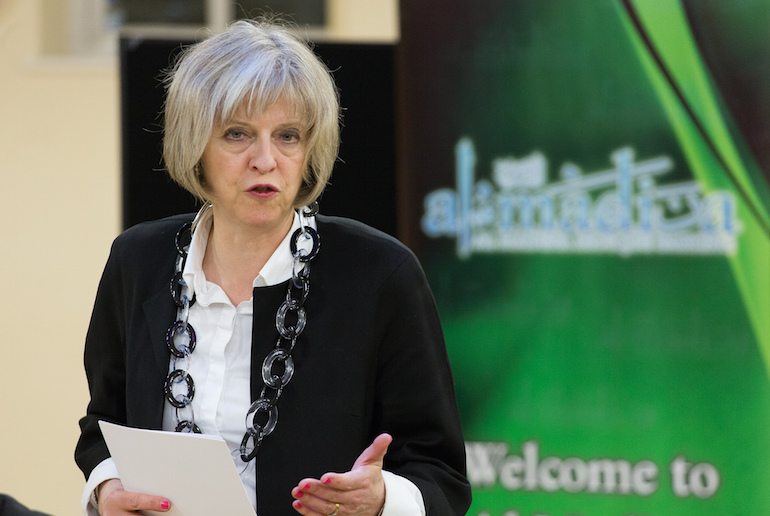 Non-EU citizens who have lived in the UK for five years will be deported unless they can prove they earn more than £35,000 a year from April 2015 onwards. Critics say the new rules – announced by the coalition government in 2012 but only now coming into force – will tear families apart, drive workers from the NHS, and lose the UK thousands of skilled workers.

The extraordinarily high earnings requirement is well above the UK’s median annual earnings for full-time employees (£27,600). As a result, public and private sector workers in a whole host of professions earning less than £35,000 – from teachers and school inspectors to radiographers and opticians – face deportation.

Nurses have been temporarily exempt from the plans after the Royal College of Nursing warned that the new threshold would create chaos in the health service. But the government has not acted on a similar warning from the headteachers’ union that, in the midst of a recruitment crisis, “it seems counterproductive to force out valued members of staff for the sake of meeting a migration target”.

Almost 80,000 people have signed a petition against the new rules, which states:

This ridiculous measure is only going to affect 40,000 people who have already been living and working in the UK for 5 years, contributing to our culture and economy. It will drive more workers from the NHS and people from their families. This empty gesture will barely affect the immigration statistics. It’s a waste of time, money and lives.

The measure is the latest in a long line of attempts by the government to crack down on immigration, or to make life so uncomfortable for those already in the UK that they “self-deport“:

– UK citizens earning less than £18,600 have been barred from bringing non-EU spouses into the country, splitting an estimated 33,000 couples.

Theresa May has said that high levels of migration harm social cohesion. But with her own laws promoting suspicion, division, and outright racism, perhaps she needs to look closer to home if she truly wants to address this problem.

Sign the petition telling the government to scrap the £35,000 threshold.

Get involved in building a culture of hospitality in the UK.

Support The Canary for free and fearless journalism that seeks to hold the powerful to account.