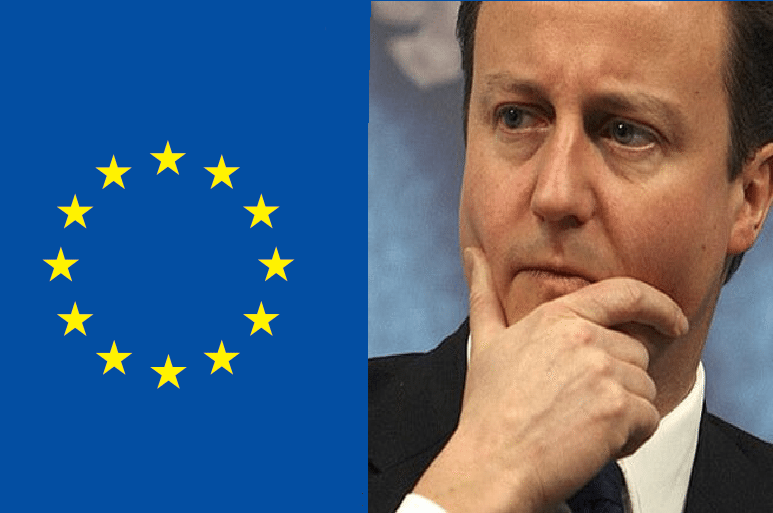 David Cameron is facing a crisis within his own Conservative party as senior Tories step forward to slam the EU draft deal published by President of the European Council Donald Tusk on Tuesday.

This in-at-all-costs deal looks funny, it smells funny, it might be superficially shiny on the outside, but poke it and it’s soft in the middle. Will you admit to the House that you have been reduced to polishing poo?

None of these changes even come close to the fundamental changes promised to the public. We are being asked to risk staying in the EU based on the back of empty promises from the EU that are not even backed up in Treaty. The only safe option is to Vote Leave.

Chair of the European Scrutiny Committee Bill Cash MP accused Cameron’s leadership of exaggerating the scope of the deal:

How can you justify this pint-sized package as a fundamental change in the relationship between the United Kingdom and the European Union with real democracy for this Parliament, which represents the voters to which you yourself have just referred?

Meanwhile, Cameron received criticism from Jeremy Corbyn for going into hiding after the EU draft deal was released:

The EU draft deal should be the top priority for the Prime Minister, as the fate of the entire country and its relationship with the continent rests upon it. Instead of attending parliament, Cameron has been hiding out in Chippenham, avoiding accountability for the deal.

In parliament, team Cameron was left claiming that the Prime Minister didn’t know when Tusk would publish the draft. Yet the media were only notified he would be giving the speech in Chippenham after Tusk said the deal would be released at midday on 2 February. This leads to the conclusion that Cameron wanted to announce the deal away from parliamentary scrutiny. A story will attract the most attention when it breaks, so this enables Cameron to frame the deal positively while it is under a brighter public spotlight.

A Tory party in crisis

As the party is bursting with Euro-sceptics, it is unsurprising they forced Cameron to offer MPs a free vote in the upcoming referendum.

Boris Johnson also attacked the draft deal today, while Iain Duncan Smith will campaign against Cameron to leave the EU.

Infighting within the Tory party is likely to breed some resentment. There was outrage from Euro-sceptic Tories when Cameron announced they could not begin campaigning to leave until the EU deal was reached. They claimed this effectively silenced them, while Cameron could continue his pro-EU agenda.

But will this chasm under Cameron’s leadership significantly damage the Conservative party?

Referendums are not the same as normal government policy decisions. It is less important for parties to present a unified front, because their votes are worth the same as those of everyone in the country. They are liberated from making the decision, and therefore from having to agree as a whole.

Having prominent Tories on each side of the debate allows both Euro-sceptics and the “in” camp to rally under Conservative banners. This means that neither side of this divisive referendum will be alienated from the Tory party, so it could in fact work out in their favour.

A tale of two Europes

The problem with the EU debate is that everyone is having a different conversation. Which Europe are we talking about?

For example, on the one hand we have Cameron’s idea of a reformed EU – one that puts rocket-boosters behind the Transatlantic Trade and Investment Partnership (TTIP). The controversial trade deal seeks to abolish EU regulation so we adhere to American standards. Although commonly referred to negatively as “red tape”, such regulation is often in fact to protect public health and the environment. TTIP will also allow US companies to sue European governments for millions over policies perceived to be harming their profits.

On the other hand, we have an EU that could deliver some progressive policies. In order to combat tax avoidance it was proposed that we homogenise the rate of corporation tax throughout the EU. This would stop corporations being able to exploit tax havens and avoid a race to the bottom for corporation tax between member states.

It’s a tale of two Europes, and they both look very different.

Cameron’s EU negotiations pander to anti-immigrant sentiment, attempting to restrict benefits for working migrants. This would mean people paying their fair share into the economy are restricted from its fruits, based on their nationality. He also pushes for the removal of “red tape”, which is likely to benefit multinational corporations over the public wellbeing of EU citizens.

For wider context, the bill for corporate tax evasion and avoidance is eightyfold that of benefit fraud. All Cameron’s “immigrant welfare grabber” rhetoric amounts to is scapegoating the most vulnerable, to appease the most powerful.

While this may not be the EU many of us would like to see, progressive governments making huge gains in Spain and Greece bring the possibility of an EU that works for people and not multinationals. Yet Cameron seems determined to bring it further towards the benefit of tax-dodging unaccountable corporate giants.

Support The Canary so we can continue to provide the context that matters.