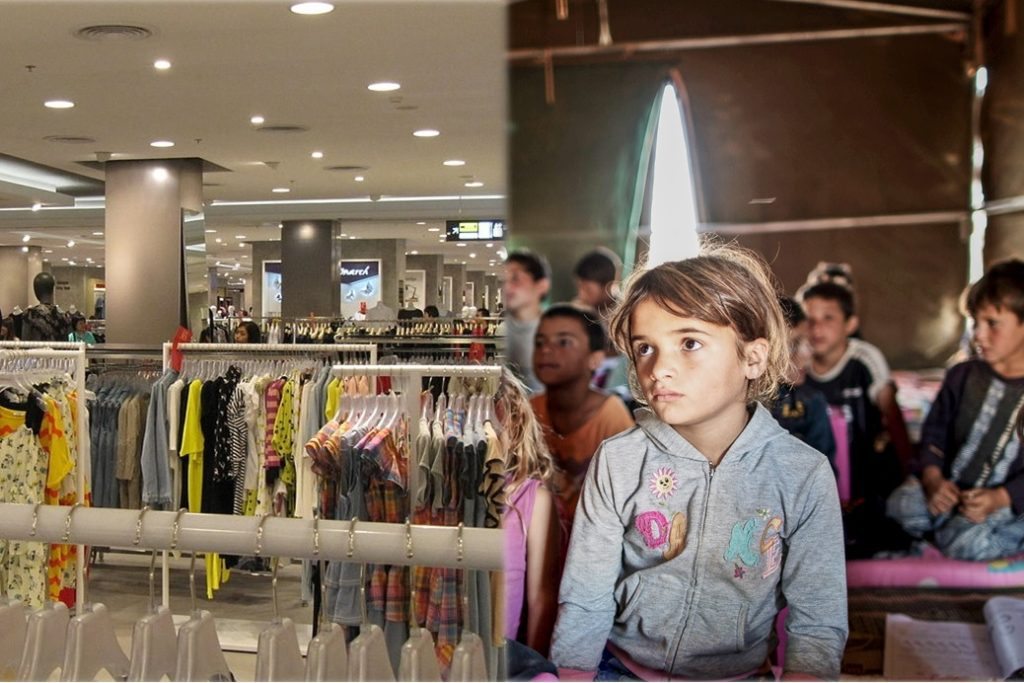 We might usually attribute features like child labour, poor working conditions, and barely existent wages to a Charles Dickens novel. But this reality is unfortunately still with us today, just overseas where we can’t see it as easily. Both H&M and Next have recently admitted that refugee children have been found working in their factories in Turkey. But the problem is probably much more widespread, and it’s the companies that have not come clean that should perhaps concern us the most.

The context for refugees in Turkey

In November 2015, Human Rights Watch noted that around 400,000 of the 708,000 Syrian refugee children currently living in Turkey were not attending school. Al Jazeera suspects that the vast majority of these youngsters are working in the informal sector, adding that child labour is booming in the country.

Refugees in Turkey have not been allowed to work legally, although a recent deal with the EU may change this. Families have thus been left in great economic hardship, with the 91% who do not live in camps receiving absolutely no economic support from the state. And while parents have made tiny amounts of money in informal jobs, this is simply not enough to survive. As a result, children have also entered into the labour market. The Independent claims that many refugee children work on farms and in factories – in breach of laws both in Turkey and internationally which prohibit the employment of children under the age of 12.

But instead of concentrating on the refugee crisis it is facing, the Turkish regime has instead focused in the last six months on killing its own civilians and arresting dissenting voices – including academics who have spoken out about Ankara’s war on Kurdish communities in Turkey. And to exemplify its lack of respect for human rights, it was suspected of assassinating a human rights lawyer back in November 2015.

Considering the Turkish government’s single-minded focus on repressing its opponents, one factory employer where refugee children work tried to dodge his own responsibility by telling the Guardian:

It’s not our fault that they need to work… the state failed to provide for them.

Shops in Britain have taken advantage of the situation

Turkey has a significant textile industry, and is Europe’s third biggest supplier of clothes. But the sector is subject to little regulation, and around 60% of workers work informally, with neither a contract nor employment benefits.

In December 2015, the Business & Human Rights Resource Centre (BHRRC) asked 28 leading European brands what they were doing to stop the exploitation of Syrian refugees, including children, insisting that few brands are currently taking adequate steps to prevent such conditions.

H&M and Next soon responded to the questionnaire, admitting that child labourers had been found working on their products in 2015. They both claimed to have taken steps to support their families and see them return to school. BHRRC executive director Phil Bloomer praised these two companies for being honest and taking action to resolve the situation.

But the BHRRC insisted:

Only a few brands appear to have engaged with the extent and the complexity of these issues in their Turkish supply base; even fewer report taking action to protect these vulnerable workers.

The organisation described how most companies questioned seemed to have an “out of sight, out of mind” approach to the issue. Their idea of auditing, it said, was to preannounce visits so factory managers could cover up their abuses.

The likes of M&S and Debenhams, says Laura Pitel at the Independent, “remained silent on the question of Syrian workers”. Companies including GAP, New Look, and River Island, meanwhile, have so far failed to respond to the BHRRC questionnaire.

Answering BHRRC’s questions and proving child labour is not being used seems like a no brainer. Surely ethical companies worried about their image would rush to present proof of above-board practices. The silence of those mentioned above, however, is incredibly suspicious.

How can we show opposition to child labour?

If we are concerned about where our clothes are made, we can always simply enquire about the supply chain when we go shopping. And if we’re left unsatisfied by the answers, the shop probably doesn’t deserve our business.

But with 10,000 refugee children currently missing in Europe, factory work may not be the worst thing children have been forced into. And with this in mind, we should express our concerns even more vociferously to our politicians.

Finding a peaceful solution to the Syrian civil war must be a top priority. Turkey must be pushed to restart peace negotiations and focus on protecting its refugee population instead of repressing dissent. And companies must be forced to comply with more stringent regulations regarding who works for them – and how these workers are treated.

Let’s make sure our demands are both heard and heeded.

Send the demands above to David Cameron and your MP.

Support the campaign to boycott Turkey until it respects human rights.

Refuse to give your business to shops which are not completely transparent about how their clothes are made.