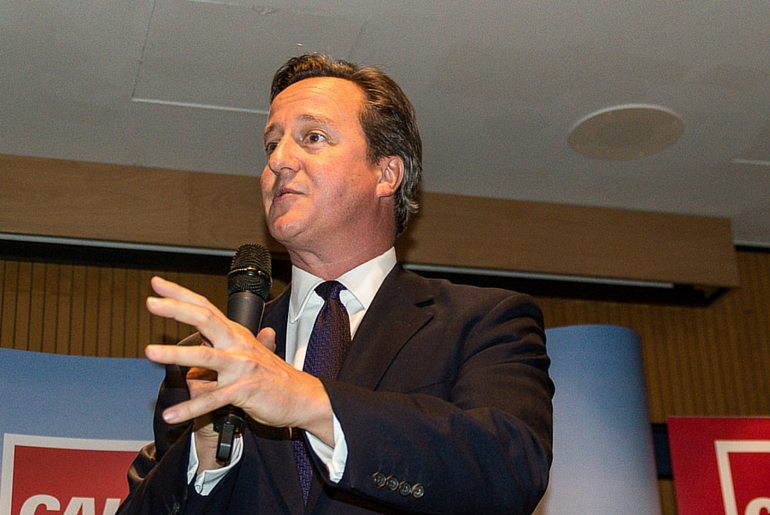 David Cameron’s renegotiation strategy with the European Union, centres around an idea that was mocked in 2008 by his shadow foreign secretary, William Hague. In the video, Cameron can be seen laughing away, presumably indicating he agrees with Hague that the idea is ludicrous.

But, it was this very idea that caused Cameron’s shadow foreign secretary to declare that the “red card” system would be nearly impossible to implement. He said:

Given the difficulty of oppositions winning a vote in their parliaments, the odds against doing so in 14 countries around Europe with different parliamentary recesses – lasting up to 10 weeks in our own case – are such that even if the European Commission proposed the slaughter of the first-born it would be difficult to achieve such a remarkable conjunction of parliamentary votes.

As we reported on #wato yesterday, this is what William Hague said about proposed EU Red Card in 2008: https://t.co/Fk57kTRtj8

The party’s position in 2008 was that the red card was unlikely to prevent “the slaughter of the first-born”.

Yet, astonishingly, Cameron has now decided that the system is instrumental to the UK staying in the EU. This is likely because it is something that he knows he will be able to negotiate on, therefore enhancing his perceived leadership skills. However, the video of Cameron’s foreign secretary mocking and berating the system is certainly one that will embarrass him.

This is not the only area that Cameron is wanting to renegotiate on. He also wants to be able to restrict benefits for working migrants, highlighting the lack of compassion that Cameron has for ordinary people. Cameron also wants to remove “red tape”, which is likely to only help corporate giants.

The negotiations over the EU are causing significant rifts within the Conservative party, leading to David Cameron’s declaration that the referendum on whether the UK remains or leaves the EU will be a ‘free vote’ for his MPs. But even these assurances haven’t been enough to stop the infighting within the Conservative party. With Iain Duncan Smith, Cameron’s trusted  work and pensions secretary, likely to campaign against Cameron. While London Mayor and Conservative MP Boris Johnson accused Cameron of “making the best of a bad job”.

It would appear that David Cameron is using whatever he can to look prime ministerial, even a system which he laughed at so publically. But whether he can unite his MPs on such a divisive issue remains to be seen.

Support The Canary so we can continue to cover important issues.

Write to your MP to express any concerns you may have.