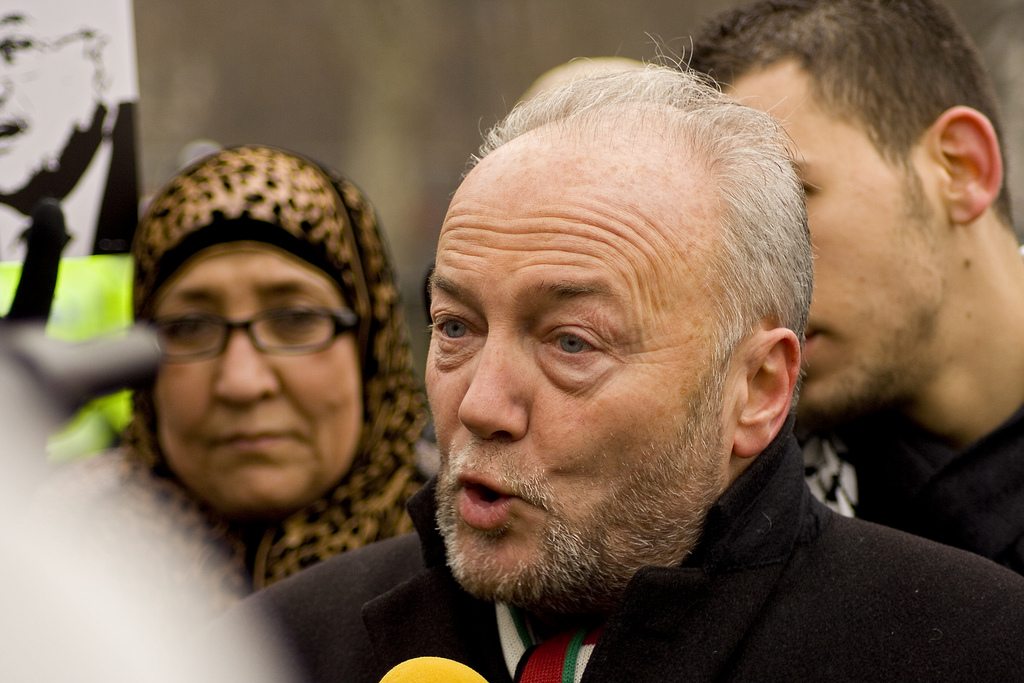 In the race for mayor of London, Respect candidate George Galloway has once again likened his views to those of Labour leader Jeremy Corbyn. At the same time, he has accused the official Labour candidate Sadiq Khan of consistently stabbing Corbyn in the back. But will Galloway be able to successfully win over traditional Labour voters in London?

At the Evening Standard mayoral hustings on 3 February, Khan found perhaps his most vociferous opponent in Galloway, who said:

Sadiq Khan has never voted against a Labour leader in his entire time in parliament. He boasts that he’s the least rebellious of politicians. And yet since the day and hour that Jeremy Corbyn was elected as leader he has stabbed him in the back, in the front, in the side and I for one ask everyone who supports Corbyn to vote for me first preference in the election for London mayor.

Does Galloway have what it takes to win the race?

Because of George Galloway’s anti-war stance, his criticism of Israeli apartheid, and his opposition to economic austerity, he has often been attacked by the political establishment. But he is not on the ‘far left’ of the political spectrum. Thomas G. Clark at Another Angry Voice has called him a principled social democrat with “populist appeal“. In fact, Galloway himself has said:

I’m a centre-left Labour man… I occupy a piece of political ground that was once commonplace but can be caricatured as being extreme now only because of how the political centre of gravity has moved [to the right].

Clark says Galloway is “a fine orator and a politician of principle”, and describes the politician’s support for “sobriety, pacifism, renationalisation, direct funding of state infrastructure, [and] increasing rather than decreasing the funding of education and research”.

The Scotsman has spoken of his “impeccable working-class credentials” – he grew up in a council house and had grandparents who were mill workers – and about how he joined the Labour party at age 13. A Labour MP from 1987, he was expelled in 2003 because of his opposition to the invasion of Iraq. Since then, he has won Labour safe seats with Respect in both Bethnal Green & Bow and Bradford West.

But as a very outspoken politician, Galloway has also generated controversy in the past for the following reasons:

Is Corbyn the key to winning?

Whatever Galloway has said in the past, the fact is that many of his policy proposals are clearly popular. Indeed, a number of apparent Corbyn sympathisers took to Twitter after the hustings to show their support for the Respect candidate:

If u needed convincing that @georgegalloway is the man 4 LDN , the monotony of Khan's performance at Eve Stand Hustings should do the trick

@the_intrigue @georgegalloway George is the REAL Labour man in this election, I hope people will see that.

@Benna81 @PeoplesMomentum @SadiqKhan @georgegalloway people mean more to me than the party. What sort of man would I be to put 1st Labour?

And it seems like name dropping Jeremy Corbyn will be a significant part of Galloway’s tactics in the mayoral race:

Of all candidates @georgegalloway spoke to the workers, Labour values and the spirit of @jeremycorbyn #ESHustings pic.twitter.com/ysHgeRSfcm

As the Respect candidate has insisted in recent months:

If you’re looking for a Corbyn in this election, it’s me. It’s not Sadiq Khan. I support all of Jeremy Corbyn’s policies… Sadiq Khan opposes them and makes no bones about doing so. So if I was Jeremy, I’d want me to win.

Tell us on Facebook and Twitter what you think about Galloway’s chances in the mayoral race and who your favourite candidate is. We want to hear your opinion.