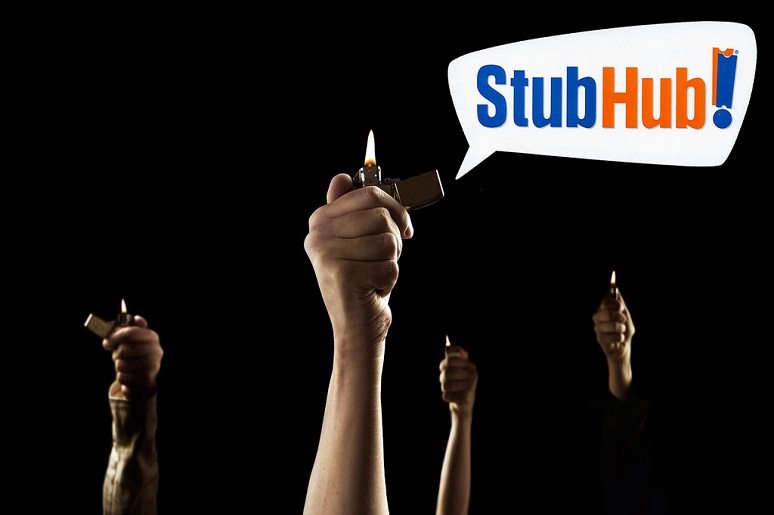 Major second-hand ticketing website Stub Hub is thought to be behind a petition attacking a proposed clamp down on rip-off ticket prices.

The petition is addressed to Michael Waterson, professor of economics at the University of Warwick, who is currently chairing an independent review on second hand ticketing. The review, which will look into consumer protection measures in the online ticket resale market, is expected to report its findings before 26 May 2016.

The review follows new transparency rules brought into force last year under the Consumer Rights Act 2015, which require second-hand ticketing websites to disclose details of the block, row and seat number of the ticket, as well as its face value and restrictions.

Tickets touts fear the review will urge the government to introduce even tougher restrictions on the way resale sites operate.

Public affairs specialist Simon Gentry set up the petition, which claims to defend the right of gig-goers to buy or sell second-hand tickets without permission from event organisers.

Event organisers are lobbying hard to make it easier to cancel or void tickets that have been offered for resale without their permission. We believe that fans should be free to resell tickets that they have purchased wherever they want.

Further restrictions on resale will mean that many fans will be unable to sell tickets they bought for events that they can no longer attend. In many other cases, it will push people away from legitimate resellers and into the arms of street touts, where no protections apply.

Gentry is director of public and corporate affairs for at MWWPR, a London-based corporate PR firm that helps multinational companies “drive business results”. A case study published on the company’s website reveals that it launched an “aggressive media campaign” called the ‘Fan Freedom Project’. This sought to pressurise the US government into curbing ticketing restrictions.

Although MWWPR have worked with second-hand ticketing giant Eventbrite, there is no evidence to suggest the company has any links with StubHub. However, one Reddit user claims he received an email from StubHub including a link to Mr Gentry’s petition. The email, posted to the social network by Reddit user cptDreamboat, urges fans who “value the right to buy and sell tickets safely and securely on a website of your choice” to sign the petition.

A screen shot of the email, purportedly sent by the StubHub Team, can be seen below.

StubHub is a licensed second-hand ticketing website, which allows consumers to buy and sell tickets for live events through their online marketplace. Buyers set tickets prices at their own discretion and their listings may be advertised by StubHub on third party websites.

StubHub, acquired by Ebay for £200 million in 2007, makes money by charging service fees to buyers and sellers who use its online marketplace to exchange tickets. According to its website, StubHub may charge fees for buying or selling tickets, which can be levied at any time and may vary depending on event type, ticket type and location. Although it is thought buyers and sellers are charged between 10- and 15-percent, StubHub does not specify its service fees on its website.

StubHub raked in £480 million in profit in 2014 on just over £2 billion of second-hand ticket sales, reports say.

Tougher restrictions could deal a massive blow to the bottom line of secondary market ticket websites, the four biggest of which are Seatwave, Viagogo, Get Me In and StubHub. But the petition has sparked outrage among customers, who have criticised StubHub for their lack of transparency and fluctuating service fees.

Critics have also claimed the website is open to abuse by unscrupulous vendors and touts, who use computer programs known as ‘bots’ to snap up tickets for popular events en masse.

This is a BS petition marketed by StubHub and other ticker resale websites. Anyone who signs this is an idiot. StubHub is the reason these events sell out. They are the reason we have inflated prices for resale. We need to regulate StubHub and their bots that buy massive amounts of tickets simply to resale for a profit. Do not sign this petition.

The cost of freedom

The new rules introduced under the Consumer Rights Act 2015 were a major victory for consumers. Checks and balances were put in place and transparency was increased, highlighting excessive service fees and reducing abusive practices. But as the release of the government’s review draws closer, second-hand ticketing websites are rallying.

The battle lines have been drawn, with those in favour of more stringent regulation on one side, and those supporting complete market freedom on the other. But advocates of the former will be dismayed that the issue is being handled by Thatcherite business secretary, Sajid Javid. Javid is a vocal supporter of second hand ticketing websites, and has previously described ticket touts as,

classic entrepreneurs because they fill a gap in the market that they have identified.

It has been reported that Javid could water down the current restrictions or scrap them altogether.

This would be a massive blow to fans of live events, who would be afforded no protection from rip-off resale websites. Left unsupervised in this way, the websites will be free to continue exploiting honest consumers, who simply wish to buy or sell event tickets at reasonable prices.

To be sure, ticket resale websites are important platforms for fans who can no longer attend events. They are essential to enable individual choice too. But whatever your position on the freedom debate, the system in its current form is plainly open to abuse. Self-regulation is not working.

According to one report, a single vendor was able to buy 520 tickets to a Beyoncé Knowles concert in just three minutes. It was further reported that one vendor netted £11 million in profits from £21 million of tickets sales on StubHub in 2013.

By framing the government review as an attack on consumer freedom, StubHub is spinning a yarn casting itself as ‘valiant defenders of consumer rights’. The consumers, to repeat, are the people that StubHub is cheating. Sadly, there is a real danger that an enfeebled government in thrall to neoliberal dogma will allow the firm to get away with it.

To ensure consumers are protected from exploitative ticket touts, the government must rein in their free market ideals in favour of some common sense regulation. Otherwise, ticket pricing for sought-after live events will continue to spiral out of control.

– Use DICE, a ticketing platform that doesn’t charge booking fees, to buy tickets for events