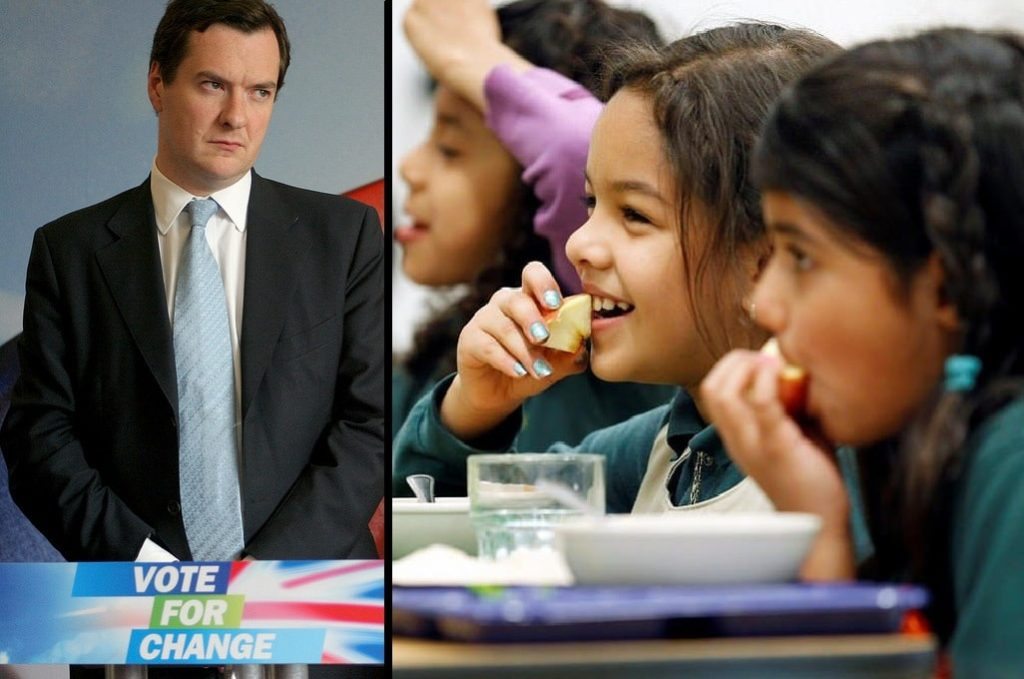 In October 2015, the Resolution Foundation think-tank found that Tory tax credit cuts will push 200,000 children into poverty this year, so free school meal grants are now more vital than ever.

The Tories take with one hand, then take with the other. A whopping 76% of teachers report children coming to school hungry.

This Conservative government try to appropriate buzzwords like ‘aspiration’ onto their austerity programme, but the policies themselves are an all-out assault on aspiration. Leaving school children hungry will curtail their ability to learn. Teachers and principles report that school children who have eaten properly have 76% better alertness, 57% better attendance and 54% fewer disciplinary problems.

The Tories’ rampant austerity programme knows no limits. Osborne is the opposite of Robin Hood, continuing to take money from the poor and hand it to the rich.

While scrapping free school meal grants for primary school children, the Tories have maintained the catering subsidy for Lords in Parliament. The House of Lords lavish dining costs the taxpayer almost £2 million a year. The subsidy allows Lords to claim bargain prices for fine-dining, at our expense. Peers can relish in extravagance, enjoying ‘Prawn and lobster meat folded into Avugar caviar’ for a tenner.

They should take a packed lunch instead – everyone else has to

These cuts to free school meals for primary children show a complete disregard for the future of Britain. Hungry children will perform worse in school and make teaching much more stressful. The cuts will chip away at the aspirations of young children.

Meanwhile, the Lords continue to enjoy taxpayer discounts on extravagant dining, epitomising Tory protocol of taking from the poor and giving to the rich.

–Support the Canary so we can continue to bring you the news that matters.

–Write to your MP to ask why they are maintaining the Lord’s catering subsidy, while taking away meals for primary school children.