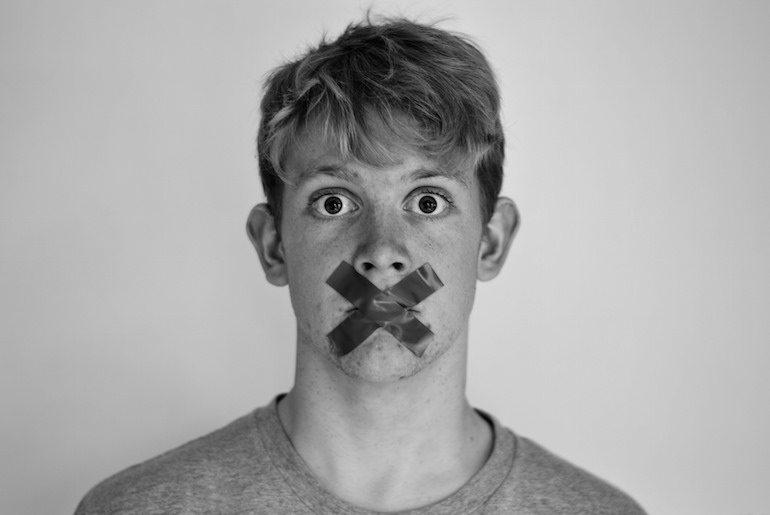 The government is about to gag any person or organisation that receives government grants, banning them from using that money to campaign, lobby or influence parliament, government and political parties. The government says the measure will stop “the farce of government lobbying government”. In fact, the gagging clause will silence some of the government’s most articulate critics – exactly when we need them most.

From May of this year, a new clause, which has not gone before parliament, will be inserted into every government grant agreement:

The implications of this little clause are enormous.

The gagging clause will restrict charities’ ability to speak out against the government. In fact, Sir Stuart Etherington, chief executive of the National Council for Voluntary Organisations (NCVO) says it is:

tantamount to making charities take a vow of silence.

While organisations can use their own privately raised funds to criticise the government as they see fit, they will no longer be able to use public money to do so. As such, charities will need to think twice before standing up for their beneficiaries, often society’s most vulnerable people, when they see government policy or cuts damaging their interests.

This silencing of criticism, which many think is the aim of the clause, will also have wider fallout.

The government routinely gives grants to voluntary sector organisations to work with – and deliver services to – society’s most vulnerable people, from homeless people to children in care. The organisations working on the front lines have unique insights into the effects of government policy on those people, and they will often pass their expertise back to government, evaluating their policies or suggesting improvements – i.e. “influencing” government.

The heads of charities believe the gagging clause will undermine their ability to keep doing that. 130 of them have signed a letter to David Cameron, which says:

The new clause will undermine the ability of these charities to feed in valuable insights that may help government – those working on programmes receiving any grant funding would be prohibited from speaking to MPs about developments in their local area, suggesting improvements to policy or legislation, responding to your government’s own consultations, meeting ministers to discuss broader issues and evidence from their programme or even from giving evidence if called by a select committee.

It shuts down campaigning

The Minister for the Cabinet Office, Matthew Hancock, says: “Taxpayers’ money must be spent on improving people’s lives and spreading opportunities, not wasted on the farce of government lobbying government.”

Critics argue that seeking to influence government, or campaigning, is often the most efficient way to improve people’s lives and spread opportunities; it has done so for centuries. Here’s Sir Stuart Etherington again:

Campaigning is where many charities can make a bigger impact with limited resources than they would through service delivery alone. Often this will save taxpayers’ money in the long term, as issues are addressed at their roots. After all, is it better to care for victims of crime in the aftermath of an event, or help to prevent crimes in the first place?

Campaigning, which can make for uncomfortable listening for a government intent on cutting funds and services, will be seriously undermined by the gagging clause.

The clause will not apply to government contracts, only to grants. Private contractors like G4S and Serco, along with voluntary organisations working with government through contracts rather than grants, will be allowed to keep lobbying government as they like, including for the renewal of their own contracts. This makes a mockery of the stated aim of the clause: to stop public money from being used to lobby government.

And, as Conservative MP Sarah Wollaston has pointed out, it also silences an important counterbalance to corporate lobbyists:

It seeks to solve a problem that doesn’t exist

Nobody would deny that charities need to be held to account, particularly after the Kids Company and Age UK. scandals. But charities are already restricted in the lobbying they can carry out and subject to significant scrutiny.

As Patrick Butler writes in The Guardian:

The sock puppet clause is more about political intimidation than addressing abuses (charities are after all, already covered by law restricting them from political activity; most grants are already tightly restricted). The giveaway is in the guidance, which allows individual ministers to exempt grantees from the clause.

It is the government, more than charities, that needs to be scrutinised and held to account – yet the government it is gagging those who have the resources and expertise to do that. When seen in the context of its crackdowns on opposition funding, on trade unions, on the House of Lords and on parliamentary process, the picture becomes clear: the government is determined to silence dissent, wherever it finds it.

Make your views known to your MP before the guidance comes into force on 1 May.
Support The Canary so we can keep reporting on issues like this one.