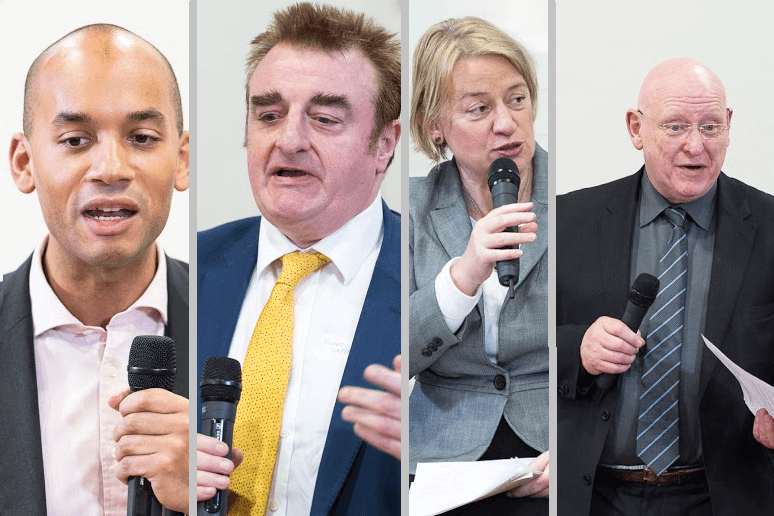 Our broken voting system is not a ‘left’ or ‘right’ issue, but an issue of democracy.

The Electoral Reform Society (ERS) reported that a whopping 74% of votes (22m) were effectively wasted in the 2015 general election, because they did not contribute to electing an MP.

Our current system – First Past the Post (FPTP) – means that unless you voted for the winning candidate your vote is wasted. This leads many people to vote negatively or ‘tactically‘ to keep out the party they dislike, rather than voting for their true preference. Indeed, ERS reported that 9% of votes (2.8m) were likely to have been cast tactically in 2015.

Whereas, PR is any voting system where the views of the electorate are proportionately reflected in the elected government. If 25% of people vote for a party, then that party will get roughly 25% of the seats. This means the electorate are accurately represented in parliament. There are different types of PR, but the campaign is just focusing on any electoral system that is proportional, in order to promote unity over divisive details. If any form of PR is implemented, everyone is essentially a winner.

The public rejected the Alternative Vote (AV) in the 2011 referendum. However, AV is closer to FPTP than to PR. It is still a winner take all system, but the electorate rank candidates in order of preference, and therefore still leads to disproportionate results. Sometimes, even more so than FPTP.

This crucial issue of democracy enabled Make Votes Matter to galvanise cross-party support at the event on Monday, in a rare display of unity.

First Past the Post ends up with us focusing on 120 marginal seats rather than the whole country and this has huge economic impacts. The economic priorities parties set reflects the voting system we have.

FPTP thus leads political parties to neglect the majority of the country, as economic resources and efforts are concentrated on a few ‘swing seats’. The ERS accurately predicted the results in 363 of 368 seats in the 2015 election, highlighting how safe most seats are. Some ultra-safe seats haven’t even changed parties since Queen Victoria was head of state.

Conservative and Labour representatives stood side by side at the event, calling for electoral reform. John Strafford, Vice Chairman of Conservative Action for Electoral Reform, said:

We are taking steps together to reach reform. The kaleidoscope of politics is being shaken.

While, Lord Tyler of the Liberal Democrats, said before the event,

The public are urging us to act together. This Government is throwing its weight around with the support of less than a quarter of the eligible electorate – they would brand any other government in the world with that level of mandate as illegitimate.

It is not sustainable to carry on with First Past the Post: I honestly think that if we do not fix this, there is a serious danger in the future that things will boil over when people don’t feel they have a voice.

At the last general election, UKIP got 4 million votes and only one elected MP.

After the initial conference discussion and speeches, cross-party MPs and representatives from 15 organisations then split into working groups to flush out how best to proceed with the campaign. Such a unified movement will rapidly become a force to be reckoned with.

FPTP is incompatible with democracy, because it distorts the views of the electorate almost beyond recognition. Here are the problems explained brilliantly with pictures of cute animals: –

If FPTP is the poison, PR is the antidote. Votes should match seats in parliament, otherwise our society will continue to merely be a faint shadow of democracy. This is not a pipe dream; the majority of countries in Western Europe use some form of PR. We are well behind the times, harbouring an outdated voting system that is an affront to democracy.

Get involved!
– Join the day of protest outside parliament on May 7th – the one-year anniversary of the most disproportionate election in UK history.

– Join the Electoral Reform Society.
-Get on board with the Make Votes Matter Facebook group.
–Support the Canary so we can continue to report on the issues that matter.
–Write to your MP, asking if they support Proportional Representation. Let them know it is an important issue.