Metropolitan police chief has got to go, here's why - The Canary 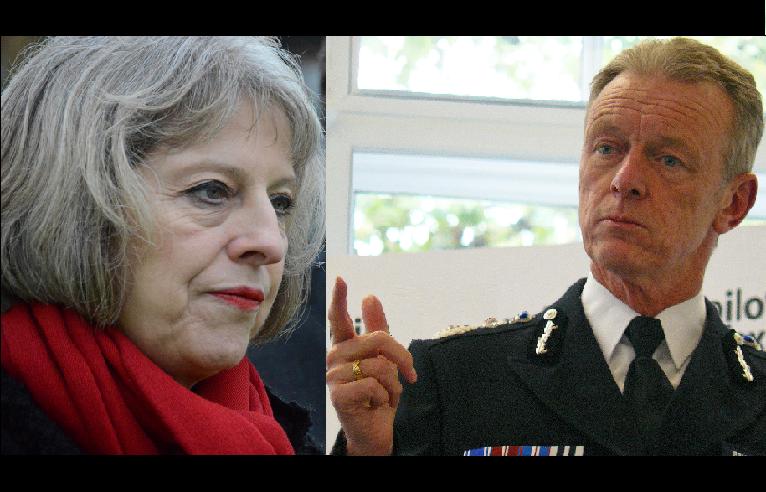 Sir Bernard Hogan-Howe, commissioner of the Metropolitan police, has been given a contract extension that will keep him in the role until September 2017. While his job may be seen as a somewhat thankless one, the decision to retain Hogan-Howe reeks of rewarding failure.

Hogan-Howe’s career, both as a rank-and-file officer, and as ‘top brass’, has frequently been marked by sloppiness, and questionable judgement. In 1989, for instance, he was an officer in the South Yorkshire police, and was present at the Hillsborough Disaster. While his actions played no role in the chaos within the stadium that day, he has been accused of committing a very embarrassing and traumatising blunder in the aftermath. He is understood to have reported that a boy who had died was ‘safe and well’, giving cruel and false hope to worried relatives of the victim.

The record of the Met with Hogan-Howe in high authority does rather chime with this same tone of action-without-thought. In 2003, he was assistant commissioner for human resources at Scotland Yard. During his time in this role, he personally gave approval for a royal protection officer at Buckingham Palace to establish a company, which was used to commit a fraud worth £3 million.

In 1985, Dorothy ‘Cherry’ Groce was paralysed in a shooting by Met police officers. In 2011, she died, partly as a result of those injuries, and the inquest into her death found serious failings in the police operation that had paralysed her. Hogan-Howe gave repeated assurances to her family that his force would be brought fully to account for the misconduct. But suddenly, and without explanation, he declared in March 2015 that he was no longer willing to continue dialogue with them. Did he find out something about the original police operation that he decided needed covering up? Did he just run out of avenues for investigation? There are no answers because he refuses to be drawn on the subject. As well as insensitive, this does also raises the question of why he made such assurances in the first place if he could not be sure of fulfilling them.

Only last month, Hogan-Howe was publicly critical of expected cuts to police funding. At the same time, he decided to replace his work car with a Range Rover worth some £65,000, complete with chauffeur and £1,000 entertainment system. In the event, the funding cuts did not emerge, which was clearly a relief at a presumed time of heightened terror threat. However, Hogan-Howe’s use of public funds on personal luxuries gave the impression, at best, of a leader who substitutes extravagance for urgency.

In next couple of weeks, Hogan-Howe is due to appear before the Home Affairs select committee as part of the Lord Bramall inquiry. He is to give account there for the poorly-handled Operation Midland, in which investigations into alleged child abuse by leading public figures is finding a lot of dead ends. The Met have not done a very good job of protecting the identities of those being investigated, which has led to reputations being damaged for no firm reason.

Hogan-Howe had previously been invited to speak to the committee in October, but instead – in another display of hard to defend extravagance – he opted to fly to Oman. There, he stayed at the Intercontinental Hotel in Muscat, costing £160 per night – paid for by Scotland Yard – in order to attend a ballroom buffet and make a twenty minute speech. Hogan-Howe, it seems, is not slow to claim his share of the good life when it is offered to him. One can only wonder what the media would make of such publicly-funded behaviour if it were seen in an MP, especially at a time when there are far more pressing matters at hand.

None of this is meant to imply that Hogan-Howe is actually incompetent or outright corrupt. He is probably neither. But his record does suggest a casual arrogance, and a lack of thought, that would seem ill-suited to such a big role.

Indeed, when Hogan-Howe was appointed commissioner of the metropolitan police in 2011, he was described to the Guardian by an anonymous source in similar terms:

It is a risky appointment. As commissioner, you have to build a team; he does not have that reputation, he believes he is always right. He polarises opinion.

Of course, the argument could be made that Hogan-Howe’s lack of public relations skills is refreshing in some ways. Some high-flyers in the British police seem almost politician-like in their PR professionalism. Compare Hogan-Howe to, for example, his former colleague in South Yorkshire, Sir Norman Bettison, whose career was often that of a spin-doctor in a policeman’s outfit. Hogan-Howe, at least, seems a lot more focused on fighting crime than on career advancement or on getting messages across in the media.

It has further been raised in Hogan-Howe’s defence that the crime figures for London under his watch appear to have improved. From 2000-01 to 2014-15, the total number of offences logged by the force fell sharply from 994,233 to 709,174, constituting a reduction of 29%.

Unfortunately, these figures do not appear entirely reliable, in light of the notorious letter written by Sir Thomas Winsor in November. Winsor, of Her Majesty’s Inspectorate of Policing, told chief constables up and down the country that he had discovered that nearly 20% of crimes reported to the police are going unrecorded. Worse, a similar proportion of those crimes that were recorded were later wrongly being re-classified as non-crimes.

It should be emphasised that these findings were taken from investigations around the country, and not just an analysis of the Met. But even so, with skimping a growing part of the police culture these days, measuring the last couple of years against the turn of the millennium cannot confidently be viewed as comparing like-with-like.

The Home Secretary, Theresa May, was the minister responsible for Hogan-Howe’s contract extension. She said of the decision that it was because of,

On exactly what form these ‘reforms’ take, or what benefits they provide, she was not entirely clear.

She further said of Hogan-Howe,

This is undeniably true, but at the same time, the question is not so much whether he was at the forefront, as how good he is at the job. Therefore, the likeliest translation of May’s words into plain-speaking English is, “We just can’t find anyone else who’d do any better.” Given Hogan-Howe’s up-and-down history, this is a pretty sorry outlook for the British police force in general.

If you are interested in seeing reform of the police in the UK, here are a couple of ways you can help out.

-Join Liberty, an organisation that gives high priority to tackling police non-accountability.
-Follow HMIC’s Twitter feed to get the latest news on investigations into police conduct.