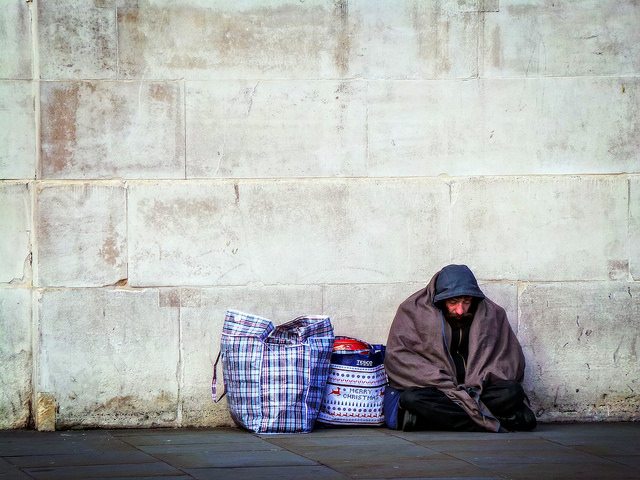 Two women accused of anti-social behaviour for attempting to feed the homeless in Liverpool have been acquitted, while two others await judgement.

They were arrested outside a building the Love Activists were occupying to house and feed homeless people. The police had sealed off the building to prevent more people entering. However, people gathered outside, trying to get food and water to those inside, and set up a soup kitchen.

Lawyers for the women claimed they had been arrested unlawfully after the police issued those outside the building with a Section 35 dispersal order. This piece of legislation came into force in 2014 and gives the police the power to disperse two or more people if they believe there is likely to be anti-social behaviour – a term which is widely interpreted by the police.

One of those acquitted yesterday, an 18-year-old woman, said she was “ecstatic that it’s over” and that she was “glad justice and the truth has come through in the end”. She also remained defiant, saying she would “continue to feed the homeless as it’s a relevant and just cause”.

Two further women are awaiting judgement and face up to three months in prison if found guilty.

Unfortunately, this appears to be part of a bigger picture to criminalise the homeless and those supporting them across the country.

This is a video of the police dismantling a soup kitchen set up in London on Christmas Eve 2014:

In Brighton, a disabled man was threatened with arrest for Section 35 for attempting to give soup and sandwiches to the homeless. Steven Sayer, who had been feeding homeless people every Monday for three years, tried to leave but was stopped by police who turned off his disability scooter. After having been kept in the cold for 20 minutes, he was eventually allowed to leave, but was warned, “if you come here again, you’ll be arrested”.

Brighton seems particularly keen on criminalising the homeless. In this video, Ben, a homeless man, describes how he was fined £150 (including court costs) at Brighton Magistrates’ Court for loitering after sitting on a bench eating a sandwich. He claims the police wanted to arrest him for begging as he had a hat next to him, but couldn’t as the hat was empty. He says the money will come out of his benefits creating a “vicious circle” which will make him go out begging again”. He further stated:

Meanwhile, in Hackney, London, the council introduced a Public Space Protection Order which means homeless people can be fined up to £1000 for, amongst other things, begging and loitering. Whilst Hackney Council was forced to remove the term “rough sleepers” from the order after over 80,000 people signed a petition, campaigners still say the order is still “problematic” for those affected.

Figures released last year show a 55% increase in homelessness since David Cameron became Prime Minister. A combination of lack of affordable housing, welfare cuts, and the slashing of budgets of charities have all contributed to the problem. The Chief Executive of the charity Crisis, Jon Sparkes, has warned things could get even worse with the cuts to housing benefits for those under 25:

These short-sighted cuts to housing benefit are likely to push more and more people into homelessness and could end up costing the taxpayer even more than they save.

It is disgusting that people who have lost everything, and are forced to sleep on the streets are being treated like criminals. It is equally abhorrent that those who want to help are also being criminalised. Instead of dragging people through the courts, we need to be providing support and affordable housing, and reversing the gross injustices carried out against those who have the least in society.

Find out more about the Love Activists and how you can get involved.