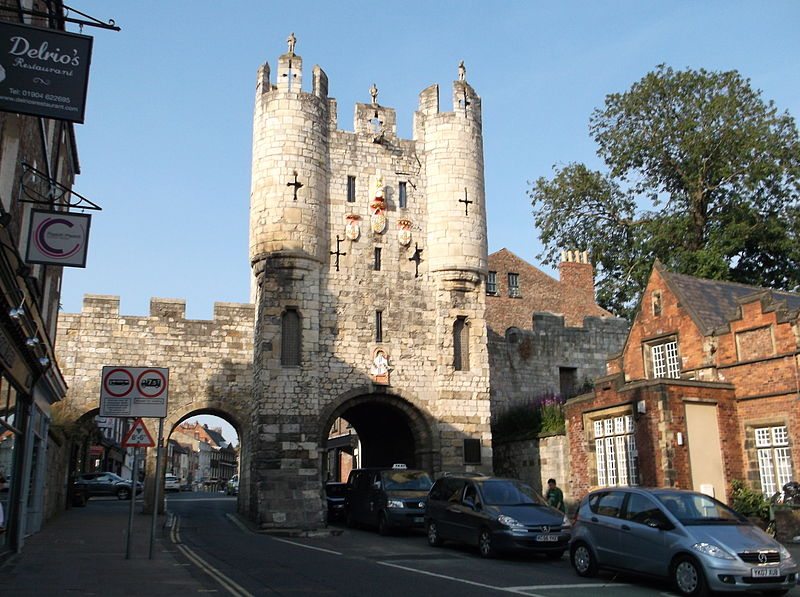 What is fueling inequality between the north and south of England? And how can this problem be solved? According to activists in West Yorkshire, the big obstacle to regional equality is the way power is focused so much on London and its surrounding areas. The solution, they say, is devolution.

We Share The Same Skies is a group which campaigns for “an inclusive, prosperous and fair regional democracy in West Yorkshire”. It does not represent any political party and claims to engage with positive ideas wherever they come from on the political spectrum. Its aim is to challenge the domination of the devolution debate by “business suited/middle-class men” by engaging disenfranchised groups like young people, low-paid workers, women, and ethnic minority communities.

This group grew initially from the realisation that marginalised voices were not being heard in the debate surrounding regional democracy – and that many didn’t even know what devolution was. And after organising a successful event on the issue, the activist collective decided to campaign on a regular basis, recognising that devolution had to be made “more attractive” in order to tackle the democratic deficit in both local and national politics.

Leila Taleb spoke to The Canary on behalf of We Share the Same Skies about why devolution is necessary and how it can be obtained.

Why is devolution necessary?

As a young person, the uber-centralised state of the UK is a reoccurring punch in the face every time I apply for jobs; the vast majority of them are based in London. There is a huge brain drain taking place, as more and more talented young people are moving to London to further their career due to a lack of jobs up North, which is exacerbating the North-South divide as the North starts to feel left behind.

She gives the North’s inefficient and expensive public transport system as an example of this regional inequality.

In December 2011, the Institute for Public Policy Research (IPPR) revealed that, while £2,700 was being spent per person in London, that figure was only £5 in the north-east of England. IPPR North Director Ed Cox soon admitted:

Skewed spending benefiting London and the South East is nothing new

And this trend has continued. In 2013, Cox claimed that spending on transport infrastructure in Yorkshire and Humberside was £303 per person while in London this figure was £4895. And the following year, the IPPR described how Londoners were receiving £5,203 more per head on capital investment than people living in the north-east of England.

The Conservatives’ Northern Powerhouse is an attempt to attract investment into urban areas in the North. But according to Bob Dickinson at Open Democracy, it is the likes of billionaire John Whittaker (tax avoider and founder of the Peel Group) who will truly benefit from the project, having already received up to £1m of public money a month in recent years. Dickinson says:

The Northern Powerhouse proposed by Osborne and Whittaker is not so much an engine for economic growth – it’s more like a signal to change the north’s power structure.

Already in 2016, the government has decided to move Northern Powerhouse jobs from Sheffield to London – revealing its lack of commitment to decentralisation. And this is just one of the reasons why the Manchester Evening News has called the Northern Powerhouse an “empty slogan”, saying:

Rich southern councils are getting massive bailouts… while poor ones up north get nowt. How is that building a northern powerhouse?

Yorkshire has a population the same as Scotland and an economy twice the size of Wales but the powers of neither. Something has to change

Building a better future from the ground up

For Taleb, a reproduction of a London-style city in the north of England (devoted to the financial services sector) is not going to fix anything. “We don’t want to be London”, she says.

Instead, she insists that sustainable energy technologies should make the most of Yorkshire’s geography and play a leading role in the development of the region:

this means investing in Research & Development, which would enable graduates from Northern/Yorkshire universities to stay in the region and use their skills here.

She also says changes should be made to immigration law in order to ensure foreign students in the region are allowed to make use of their skills after graduating so they can contribute even more to the local economy.

We Share The Same Skies hopes to help engage citizens in the North with the campaign for greater regional democracy. On the group’s blog in January, activist Tabitha Bast wrote about how:

Grassroots organising without money or hierarchy happens all the time across Yorkshire, and it’s up to us to make it happen more.

On top of this, says Bast, there are already groups seeking to build a different type of economic model in the region. She gives the cooperatively-owned Fairmondo in Leeds as an example, while also mentioning Woodhouse Community Centre and housing cooperatives like Firelight, Cornerstone, Tangram, Xanadu, and Lilac.

Ideally, insists Taleb, citizens will decide for themselves what kind of economic model they want to follow in the future. But at the same time, they will not be able to forge this model without having real political power in their hands. Hence the need for a stronger movement for regional democracy:

A bottom up approach (as there was in Scotland during the independence referendum) is definitely needed… At the moment, there is a lack of public pressure or a mass movement and this is the most effective way to get politicians to listen and subsequently effect policy change. So this needs to happen before we can start to see and reap the benefits of self-determination.

Spreading the campaign for regional democracy

Devolution, Taleb argues, must be framed:

as an alternative to the Westminster model/style of politics (which many young people are already disinterested in).

She stresses that the daily lives of northern citizens in England are seriously affected by the North-South divide – and by the resulting lack of housing, jobs, and appropriate public transport. But a creative campaign is needed in order to engage people who are “tired of the boring, bureaucratic rhetoric that dominates politics” while helping them to see the benefits that would come from greater regional democracy. In short, she says:

There are many people in the North, Taleb insists, who are “getting more frustrated with London getting everything” and more passionate about changing the status quo. But this sentiment has not yet been translated into a popular campaign for regional democracy. And this is where We Share The Same Skies hopes to make a difference.

If you believe that regions in the north of England deserve a greater share of the national budget than they currently get and that the democratic voice of northern citizens deserves to be heard more locally, join the #RegionalDemocracy debate online. Follow We Share The Same Skies on Twitter and Facebook, and read their blog.

Featured image via We Share The Same Skies and Mtaylor848