These young women are asked why they don't vote, their replies are brutally honest - Canary 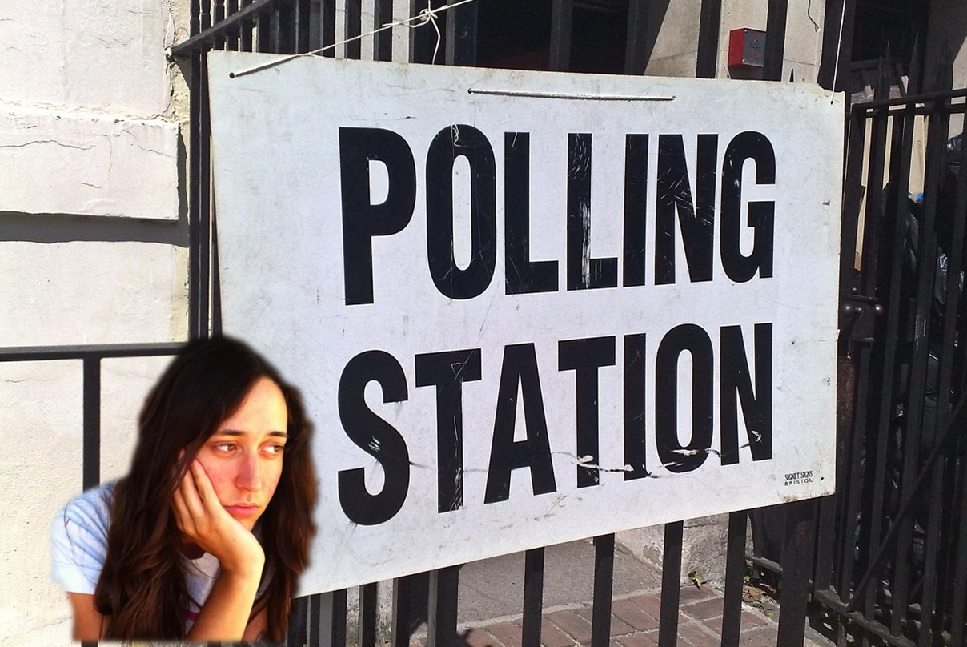 A sea of lies, political jargon and boring speeches. This is what makes politics seem so pointless to so many young voters. And this is precisely what a group of young women recently told Shadow Minister for Young People and Voter Registration, Gloria de Piero, when asked why they didn’t vote.

De Piero had asked a group of young women in east London to be brutally honest with her, and that’s exactly what they did.

It’s a waste of five minutes even thinking about [voting], I would rather think about my dinner

What has led her to think this? A lack of empathy from the Westminster political class:

If they lived in our shoes they wouldn’t be dictating how we live.

Hull also criticises politicians for speaking in jargon and alienating young citizens in the process. She says that to engage youngsters in politics:

you have got to break it down

I just don’t actually get what politicians do

But could the lack of accessible policy explanations be intentional? Could it be a way of hiding the fact that politicians actually do very little?

There is a vicious cycle of apathy among many young voters. Politicians don’t engage them, so they don’t vote. And because they don’t vote, politicians don’t bother fighting for their vote. In 2015, the Tories focussed their efforts on older voters, as around 78% of pensioners turned out to vote. With only 43% of those aged 18 to 24 voting, they may have made the best choice in order to remain in government. But the price of this decision was probably the further alienation of an entire generation.

The women de Piero spoke to claimed that politicians didn’t aim their policies at young citizens. Most even indicated that they wouldn’t know how to vote. But these young women could have something to gain from becoming politically active. Issues like employment, housing, and transport costs affect them all. They just find it difficult to believe that their problems can be resolved by politicians, in whom they have very little trust.

The political establishment seems to be happy that half of young citizens don’t turn up to vote. But it’s not just politicians who are to blame for this. The mainstream media is actively engaged in a game of distraction, misinformation and subsequently alienation, especially of British youngsters.

When news sources fail to explain things as basic as what politicians do or don’t do, it’s an example of the media failing to make current affairs understandable to key sectors of the population. Every citizen has the right to be an informed member of the political process they’re part of. And that’s why we desperately need to disrupt politics as usual and media as usual.

At The Canary, we aim to make news both accurate and accessible. We also aim to challenge the lies of the political establishment and amplify the voices of those campaigning for a more hopeful future. If you support these aims, please become a subscriber here.

Featured image via secretlondon123 and Incase