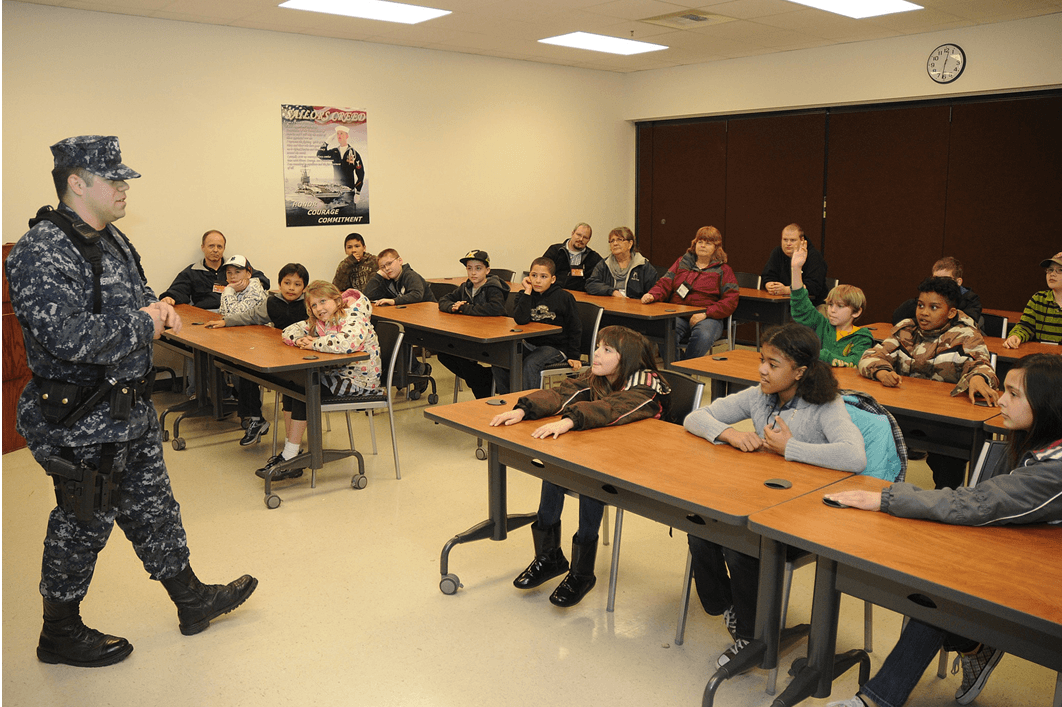 A Government scheme to train ex-Army personnel as teachers has been a spectacular flop, according to new figures released in the House of Commons. Only 28 military personnel have qualified for the disastrous ‘Troops To Teachers’ initiative since it began three years ago.

The ‘Troops to Teachers’ (TTT) initiative was introduced by Michael Gove in 2013, with the aim of bringing back some good old-fashioned discipline into British classrooms. Inspired by the questionable belief that Gung-ho-style teaching tactics would be beneficial to children’s progress, the former Education Secretary unveiled plans to tempt army veterans into the classroom, saying:

Every child can benefit from the values of a military ethos. Self-discipline and teamwork are at the heart of what makes our armed forces the best in the world, and are exactly what our young people need to succeed.

Under the initiative, military veterans with experience in coaching or mentoring are able to undertake a fast-track teacher training course over two years. Four days per week are spent training in schools, with just one day per week set aside for University studies. Ex-service personnel can take advantage of grants, and a salary is also paid while they train – lucky veterans can earn up to 80% of the usual unqualified teacher pay rates. A GCSE grade C in English and Maths are the only entry requirements.

Yet despite the benefits, the initiative seems to have been a complete waste of resources: only 28 veterans have qualified as teachers since the scheme began in 2013. As if that weren’t shameful enough for the Government, the number of TTT applicants has dropped dramatically since the recruitment drive began: down from 293 three years ago to a measly 62 for the latest wave.

Teacher recruitment continues to threaten standards under the Tories and yet, despite David Cameron’s personal commitment to the scheme, the Government has only managed to get 28 veterans to qualify as teachers.

She branded TTT “one of many in a series of failures by the Tory government to get a hold on the teacher shortage crisis.” Powell acknowledged that veterans could be useful recruits to state schools, but she voiced concerns the scheme “isn’t working because the Government isn’t focusing on teacher recruitment.”

Bearing in mind the ‘Troops to Teachers’ idea was actually born in the US (Gove didn’t even change the catchy name), Powell is probably right: TTT’s focus isn’t on teacher recruitment. Of course ex-military personnel can make wonderful teachers, just like anyone else. But singling them out as the group most capable of helping to raise our children endorses the insane idea that what our stressed-out seven-year-olds need far more than play and interaction is ‘military ethos,’ which brings to mind drills, discipline, learning by rote, and the stripping down of individual personalities to facilitate the formation of a united herd mentality.

Many would argue the current education system needs less stick and more carrot, less rigidity and more flexibility, less drilling and more creativity. We could start by making teaching an enjoyable, rewarding and attractive profession again- and not just for soldiers.