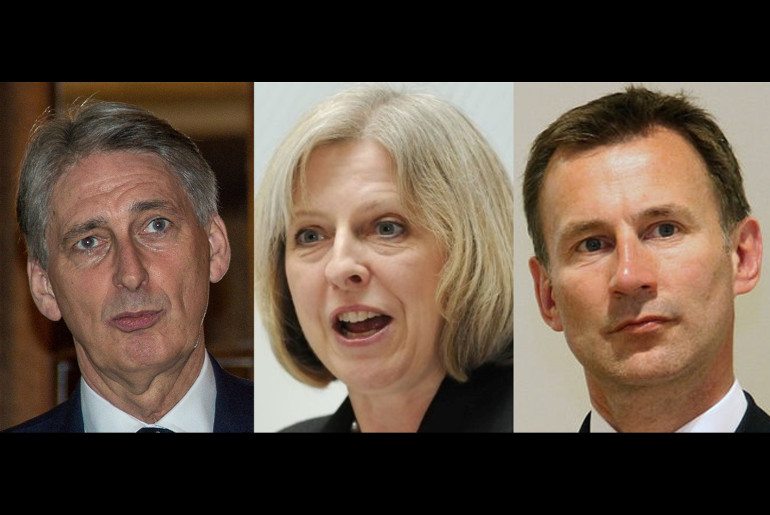 Cabinet members have been showing “an arrogant disregard for democracy” by refusing to turn up to answer urgent questions, leading to questions being raised as to whether they are trying to avoid difficult debates.

MPs are allowed to ask these questions when the Speaker agrees the matter is “urgent”, of “public importance”, and requires an “immediate answer from a government minister”. However, the number of cabinet members turning up to reply has dropped from 40% last year to just 12% this year. Instead, cabinet members have been getting junior ministers to fill in for them.

One of the worst offenders is Health Secretary, Jeremy Hunt. The MP for the safe seat of South West Surrey has been hailed as the most disliked frontline politician of any party. Hunt has attended only one of eight urgent questions posed to him in the Commons. In November last year, Hunt was called an “absolute disgrace” by Labour MP Clive Efford for refusing to face an urgent question regarding the junior doctor’s strike. Earlier this month, Labour MP Heidi Alexander claimed Hunt “has not even got the nerve to show up” after he sent a junior minister to answer a question about the contract negotiations with junior doctors.

On this last occasion, no explanation was given for Hunt’s absence. It’s difficult to think of any other job where not turning up to explain problems with your work would be acceptable. Let alone when it is deemed to be of urgent public importance, and when this accountability is part of how our democracy functions.

Theresa May, Home Secretary, isn’t much better. She has answered only one of seven urgent questions posed to her, a rate of 14.3%. Following a Channel 4 investigation showing the shocking and disgraceful treatment of detainees at Yarls Wood immigration detention centre, May was asked to respond in the Commons. However, she chose her junior, Karen Bradley, to answer on this important matter.

In fact, May doesn’t seem too keen on facing questions about human rights abuses generally. She also declined to answer an urgent question on the arrest of peaceful Chinese protesters, which included a survivor of Tiananmen Square, during President Xi Jinping’s visit in 2015.

However, the worse offender of all is Foreign Secretary, Philip Hammond. He has failed to appear for any of the five urgent questions asked of him. Hammond, again, doesn’t seem keen to discuss human rights, having avoided inquiries about China and the arrest of human rights lawyer, Zhang Kai.

Cabinet ministers swerving questions like this in the Commons shows they are either too frightened to defend their record or indicates an arrogant disregard for democracy. Urgent Questions are an important way of holding the Government to account. Cabinet ministers, including the Prime Minister, should not be able to shrug off their responsibilities so lightly

While MPs get away with this without penalty, those at the other end of the spectrum are punished when they have had to deal with genuine emergencies. For example, they suffer benefits sanctions for failing to comply with job centre conditions – despite having clear reasons at the time. One man missed an appointment because he was at the hospital with his partner who had just had a stillborn child. In another case, a man was sanctioned for 9 weeks when he missed an appointment because he was being taken to hospital with a suspected heart attack at the time.

However, when MPs ignore their democratic obligations, they are not held to account, let alone sanctioned. Whether their lack of attendance is due to laziness, fear of debate, or other commitments, is impossible to say. However, this lack of accountability for their policies and decisions is completely unacceptable.

Furthermore, when taken in conjunction with other measures – such as their increased use of statutory instruments to push through unpopular legislation – it is clear Ashworth is right – the Tories’ contempt for democracy is breathtakingly arrogant.

Join the national demonstration for health, homes, jobs and education on 16th April.

Write to your MP and ask about the lack of transparency in the answering of urgent questions.