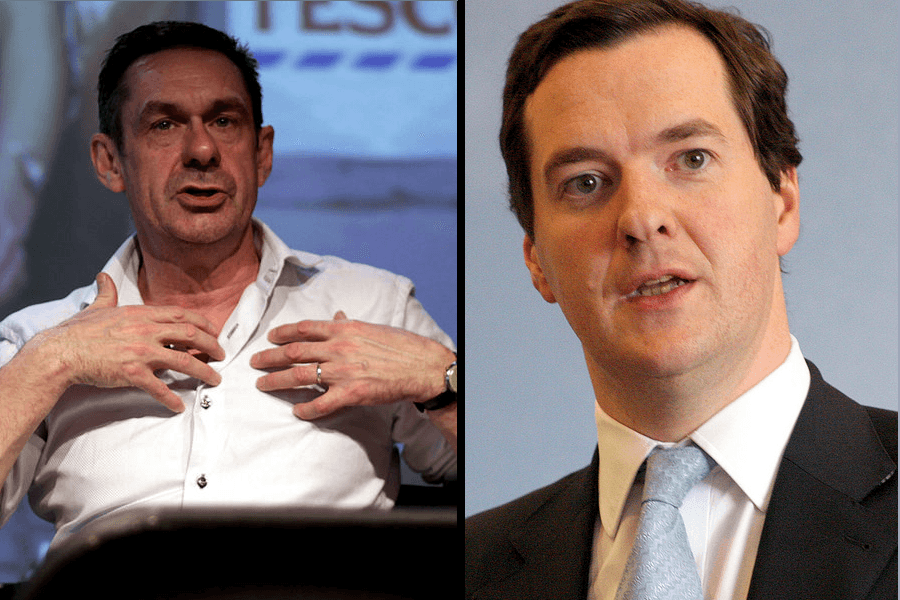 Paul Mason has only just left Channel Four News, but he is already going head to head with Chancellor George Osborne. On Tuesday, Osborne dropped a go-to Tory smear, upon hearing Mason would contribute to Labour’s The New Economics series:

Instead of answering Treasury questions at the House of Commons, Osborne also quipped that Labour chose him as an informal adviser, because:

Chairman Mao was dead and Mickey Mouse was busy.

As for the Mao/Mickey Mouse jibe, I was tailed for hours in 2008 in Beijing by the secret police of Mr Osborne’s favourite Marxist government, after interviewing the victims of Mao’s Great Leap Forward. I am happy to state that Mao was a despot whose policies killed millions; I look forward to hearing Mr Osborne say that on his next trip to China.

Mason’s comment is a subtle crack at Osborne being well-known for sucking up to the human rights abusing Chinese government. The Chinese newspaper the Global Times gushed over Osborne’s last visit:

the first Western official in recent years who has stressed more the region’s business potential instead of finding fault over the human-rights issue.

The contrast between Osborne pandering to the totalitarian Chinese government, and Mason’s brave boots-on-the-ground journalism in Beijing is quite striking. The day Osborne has the courage to call the Chinese leadership out on its human rights abuses is the day the sun falls into the Pacific.

One would hope Osborne would at least return with a bounty for the British people, after discarding British values to talk business. But no, it turns out he just flogged off a key piece of our infrastructure – the new Hinkley Point Nuclear Power station – to the Chinese state. Apparently Osborne’s first priority is his latest job as a fluffer for the Chinese government, only second is he the Chancellor for Britain.

Not only this, but he is also offering up High Speed 2 (HS2) railway contracts to the same foreign government, despite our own steel industry buckling. It seems the Conservatives are wholeheartedly against nationalisation, except when it’s a foreign nation. At the hand of Osborne, the Chinese will own our infrastructure, instead of the British people.

Mason also had a response to Osborne’s attempt to brand him as a “revolutionary Marxist”:

As to Mr Osborne’s claim that I am “revolutionary Marxist” it is completely inaccurate. I am radical social democrat who favours the creation of a peer-to-peer sector (co-ops, open source etc) alongside the market and the state, as part of a long transition to a post-capitalist economy.

Trying to smear anyone remotely critical of ‘free-market’ fundamentalism as some kind of far-left maniac is the go-to response of the Tories, as we saw when Cameron called the Labour leadership “terrorist sympathisers”. Rumour has it, Osborne once called his own mother a Stalinist for serving him lukewarm soup.

Finally, Mason deflected the Mickey Mouse jibe by putting it on his own terms:

Mickey Mouse on the other hand is a universal 20th century icon representing the triumph of the little guy against the bully, the innocent against the corrupt, the weak against the strong. I am happy to be identified with those ideals.

While the character of Mickey Mouse represents the plight of Mason, the symbol, ironically, much more accurately reflects Osborne. Mickey Mouse is an iconic capitalist symbol, representing a system that has stripped away our human compassion and sold it back to us in trinkets, furniture and cartoons. This is everything Osborne stands for.

But what’s most significant is this: Mason had to leave the establishment media in order to engage properly with the real questions of our time. In order to criticise rampant unregulated capitalism, and offer up alternative economic systems, one cannot remain part of the mainstream media. Osborne’s jibes may have been directed at the Labour party, but they are also symptomatic of Mason leaving a media that is faithful to the status quo. Osborne views this as a declaration of war.

Osborne’s unease then manifested itself in a lazy, predictable smear, which only enabled Mason to draw attention to Osborne’s own failings. To sign off, Mason left Osborne with this photo: 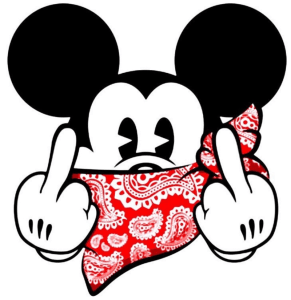