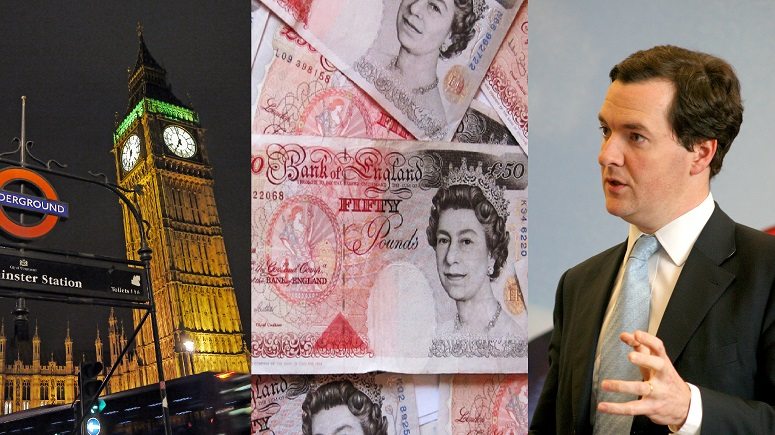 The Conservative Party has raised eyebrows over its decision to host a fundraising dinner to promote the Northern Powerhouse in London while its MPs snubbed crunch debates on the crisis hit region.

George Osborne, who pledged £15bn to five northern cities over the next five years, was billed as the guest speaker at the exclusive £200-a-head Northern Powerhouse Dinner reportedly held to raise funds for his party.

But just hours before it took place at The Carlton Club in the swanky St James area of London, Tory MP dinner host Guy Opperman and Northern Powerhouse minister James Wharton skipped key debates on the UK steel industry and council cuts in the north east. 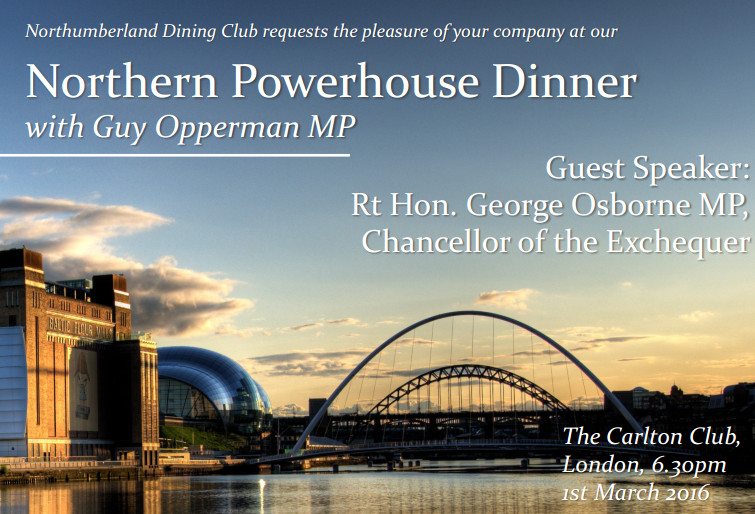 Tory MP for Hexham Guy Opperman threw the elite party where numbers were “strictly limited” and “lounge suits” was the preferred dress code.

It was held on March 1, the day before a crunch debate on the future of the UK steel industry, most of which is based in the North.

More than 4,000 workers have lost their jobs over the past few months as a collapse in global prices hit the crisis-stricken industry.

But despite mass redundancies in the North, it was reported the minister in charge of George Osborne’s Northern Powerhouse didn’t even turn up to the Commons debate.

James Wharton, MP for Stockton South, also failed to show up for a Westminster Hall debate on local government cuts in the North East.

I think it would have been appropriate to have the northern powerhouse Minister, James Wharton here, given his stake in the region.

His constituency lies in the north-east so his constituents will also be subject to the effects of the Government’s decisions.

It would have been good to have the opportunity to tell him how we feel.

However, I notice that the Minister is making notes and I am sure that he is all ears and will take back the clear message that we will be sending via him. 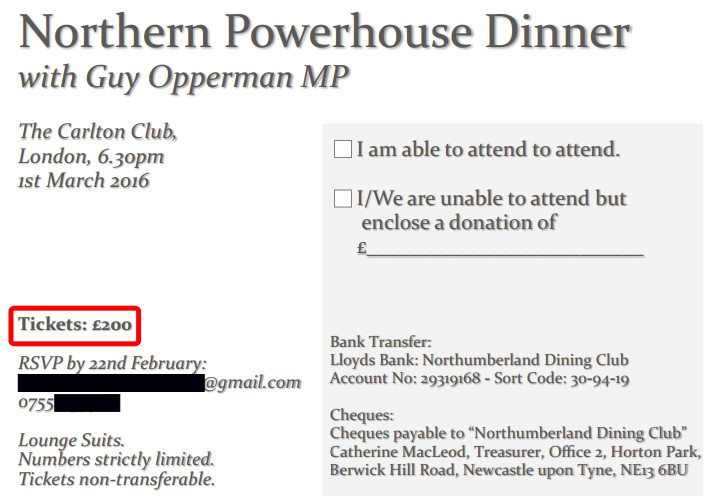 On the back of the invitation for the fundraiser, it says cheques are payable to Northumberland Dining Club, which has the same address as Opperman’s constituency office and could be a way to funnel anonymous money into the party coffers.

It is thought the private club could be an ‘unincorporated association’. These are sometimes secret organisations or members’ clubs used as non-profit entities to get around the rules on cash donations to political parties.

Following the closure of Teeside Steel, sign the petition to save Teeside airport to help the struggling region