The Equalities Minister wants to close the pay gap for women, unless they work for her - Canary Workers’ Co-op 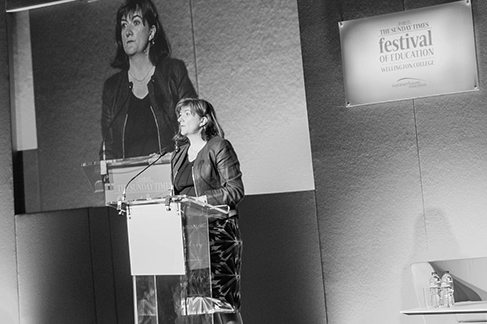 Equalities minister, and Education Secretary, Nicky Morgan will be forced to eat her words on pay discrimination, after it was revealed that the Department of Education has a significant gender pay gap.

In her capacity as Equalities minister, Morgan said last month that from 2018 she would ensure that organisations with more than 250 employees would have to declare any pay gap, and therefore gender discrimination would have “nowhere to hide”. She did not make reference to whether or not she knew this declaration applied, in fact, directly to her.

The Mirror reports that Morgan pledged the Tory government would work to close the pay gap while the discrepancy between women’s and men’s pay in her department values male labour at more than £3000 higher each year. The Mirror notes:

The department’s own figures show its male civil servants earn £22.30 a hour on average but women £20.54.

As well as calling on bosses, Morgan called on women specifically to “use their positions as employees and consumers” to equalise any financial double standards in their own workplaces. Morgan cannot claim that she couldn’t have known about the pay rates of her own staff, since the revelation was made after reviewing the government’s own data.

This is not the first time a Tory minister has been shown up for not meeting the requirements of their appointment by David Cameron.

Over and above Jeremy Hunt’s particularly disastrous record in his current position as Health Secretary, it is often forgotten that as Culture Secretary he lied to the House of Commons about his communications with News Corporation lobbyist Fred Michel. While News Corp were bidding for a controlling stake in BSkyB, Hunt and Michel had in fact been exchanging personal text messages. These exchanges revealed a quite different relationship to the one Hunt had presented publicly. He had told the House that:

Throughout the bid process, when I got responsibility for it, the contact that I had with Fred Michel was only at official meetings that were minuted with other people present

And equally pertinent, after the backlash that followed Michael Gove’s appointment as Education Secretary, his relocation to the Department of Justice blew up in the government’s face rather quickly when it was revealed that, in his past work as a journalist, he had called for the return of the death penalty.

It was Nicky Morgan who took Gove’s place as Education Secretary. She was moved from the Treasury Department as a part of David Cameron’s promotion of a handful of women into top government jobs. An interview with the Independent shows that she talks the talk, having plenty that is progressive to say on women in Parliament and elsewhere.

However, the appointment of a handful of women into higher positions in the Tory government does not appear to have made much of an impact on the culture of Westminster just yet.

Support The Fawcett Society, who campaign for closure of the pay gap.

Write to your MP asking them to support legislation.

Talk to your employer and your colleagues about the pay gap.