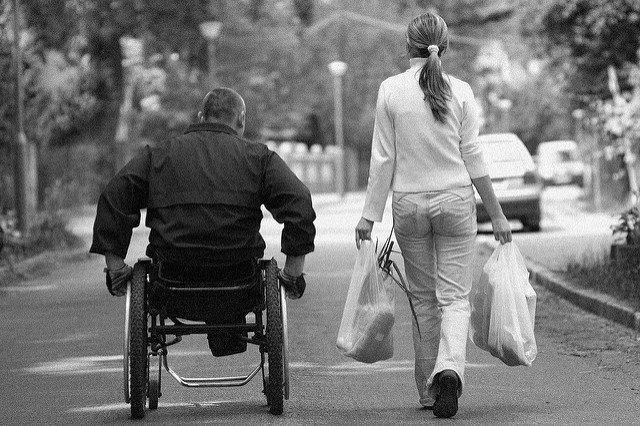 Disabled people are set to be plunged deeper into poverty as the Tories have forced through their proposals to cut Employment Support Allowance (ESA) by £30 a week for those in the Work Related Activity Group (WRAG).

The bill, which has twice been rejected by the House of Lords, will now move forward as peers have run out of options to defeat it. The Lords had proposed two amendments to the Welfare bill to protect disabled people against these cuts and argued if there were any cuts, they should be delayed until a parliamentary report into their impact was completed.

Those placed in the WRAG are deemed to be too sick or disabled to work at present, but who are believed to be able to do so in the future and to engage in work related activities to help them return to work. The cuts will mean a reduction in benefit from £102.15 a week to just £73.10.

Research by the Disability Benefits Consortium – an umbrella group of disability charities – surveyed disabled people and found that 69% believed the cuts to ESA would cause their health to suffer. 28% of those who responded said they couldn’t afford to eat on what they were already paid.

Secretary of State for Work and Pensions, Iain Duncan Smith, ignored a letter signed by 30 charities including Mind, Parkinsons UK and Macmillian, asking him to reconsider the cut as it will “push sick and disabled people further away from work and closer to poverty”. The letter further stated:

We call on the Government to listen to the damaging effect this will have on the lives of sick and disabled people, and immediately halt this cut.

However, Duncan Smith has pushed on regardless, forcing the bill through, claiming he wants to “incentivise” sick and disabled people to find work. This is a ludicrous claim given the people on the WRAG element of ESA have already been found to be too sick or disabled to work at present.

Disabled people have suffered hugely under the Conservative government, not only through benefit cuts and sanctions, but through promoting the idea that many claimants are scroungers – an ideology which has been blamed for the dramatic increase in hate crime against disabled people – a 41% rise last year.

Recent statistics show that 80 people a month are dying after being found fit for work, and one in five benefit related deaths involved sanctions. Last year, a coroner found Michael O’Sullivan’s suicide was a direct result of the Department of Work and Pensions finding him fit for work, ignoring the opinion of three separate doctors. The coroner, Mary Hassell stated:

There is a risk that future deaths will occur unless action is taken . . . In my opinion, action should be taken to prevent future deaths and I believe that you and Jobcentre Plus have the power to take such action.

Sadly, instead of taking any action, the government is set to make things worse. This is callous cruel behaviour designed to punish those who are most vulnerable in our society. This disgusting attitude cannot be allowed to continue – and we should be ashamed to live in a country where this is acceptable. Whilst the Lords have to be praised for trying to defeat this bill, equally, it should be down to us, the citizens of this country, to force the government to change this policy, rather than relying on unelected peers.

Find a local group and get involved in your area.