In this split second, Osborne's true colours are exposed for all to see (VIDEO) - Canary 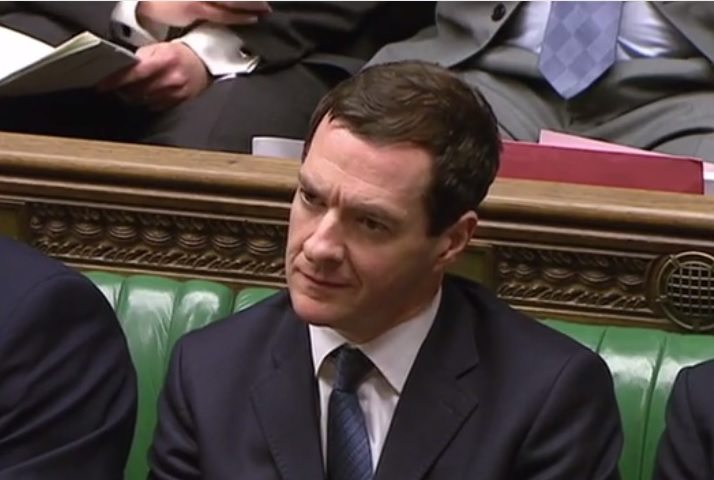 Chancellor George Osborne just revealed in a split second exactly how he feels about austerity cuts targeting the most vulnerable people in Britain. As Jeremy Corbyn asked David Cameron to rule out spending reductions on such citizens at Prime Minister’s Questions (PMQs), Osborne let his guard slip.

Corbyn was responding to Cameron’s continued insistence on Britain supposedly having a “strong economy”, asking:

If there is more money available to be spent on children’s services, why are there another half million children living in poverty in Britain because of the policies of this government?

He went on, using a quote by the Chancellor to question the Prime Minister:

If we really do have the strong economy that the Prime Minister claims, then why did the Chancellor warn last week, I quote: ‘We may need to make further reductions’?

And it was when Corbyn said “reductions” that Osborne failed to contain his shameful glee:

With a smirk briefly breaking through his PR-trained facade, the Chancellor’s true feelings about austerity were laid bare.

But why is Osborne feeling so smug? As The Canary has highlighted, his March budget is likely to bring more crippling austerity, in spite of public opposition. He has committed the government to running a budget surplus by 2019-20 (no matter what the cost), thus placing an arbitrary, artificial stranglehold on British finances. He has also shown he’s much more likely to back down when his cuts look like they’re going to affect the well-off. And perhaps most importantly, he has missed his deficit targets while piling on more and more public debt. How could he possibly feel relaxed about this situation?

Maybe he’s so calm because his boss, the Prime Minister, is perfectly happy with his dismal performance, claiming he has “an excellent record of steering this nation’s economy”.

Once again, it seems parliament is the place where truth goes to die.

Who will these reductions fall on? The disabled? Pensioners? Young people? Women? Is he going to rule out attacking those groups?

Let’s have a quick look at why Corbyn was so worried about these groups.

In recent days, the Disability Benefits Consortium (DBC) – a coalition of 60 national disability charities – has claimed that:

cuts will push disabled people closer to poverty and further from the work place.

DBC Co-Chair Rob Holland has insisted that the government:

pushed this cut through without showing any real understanding of the damaging effects it will have on people’s health, finances and ability to find work.

And Baroness Jane Campbell, an expert on disability reform and benefits who herself uses a ventilator, said that the arguments against ESA cuts were “pretty indisputable” due to an “absence of evidence” behind government proposals.

The Tories ploughed through with them regardless.

In this context, it was perfectly reasonable for Corbyn to ask if Cameron’s regime would continue to press forward with cuts targeting the most vulnerable people in society.

But the Prime Minister avoided the question, as usual, and instead praised Osborne for his stellar work of attacking the powerless while defending the powerful. Considering everything the Chancellor is being allowed to get away with, no wonder he’s smirking!