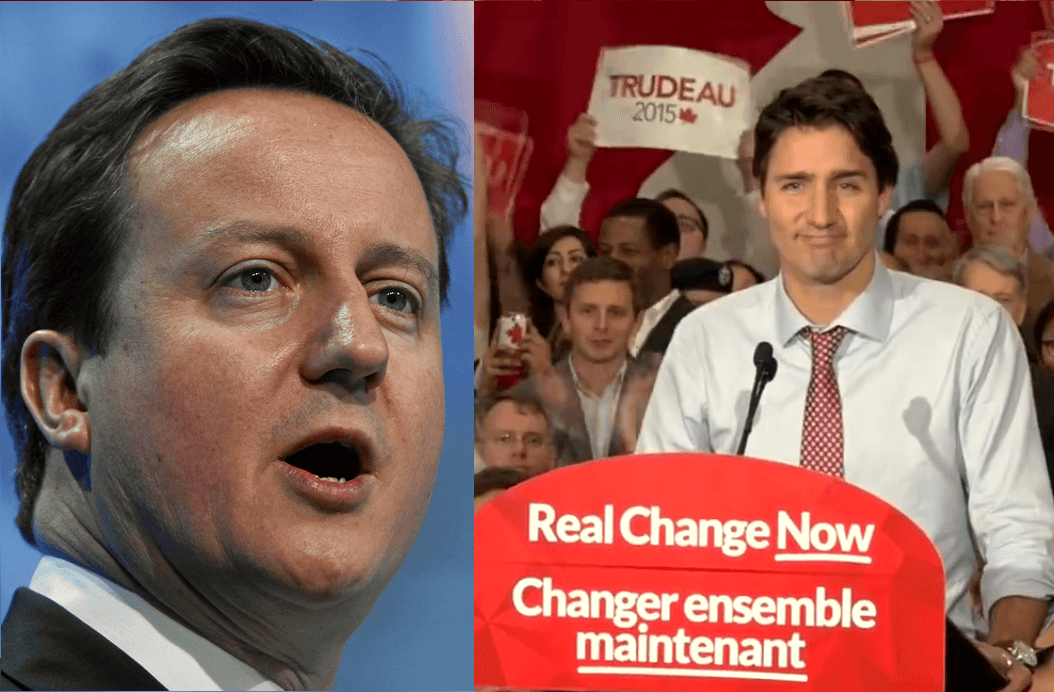 The Canadian province of Ontario just announced that it will be the first region of the country to test a ‘Universal Basic Income’ (UBI). The recently elected progressive Canadian Prime Minister, Justin Trudeau, is leaving David Cameron and the Tories in the past.

UBI is an unconditional pay packet for everyone in the country. It replaces all existing benefits and is granted to people no matter their job, wealth or circumstance. It will not make you rich, but provide you with the means to survive.

The Canadian Broadcasting Corporation (CBC) reported that UBI is “capturing political imaginations in Canada”. This is because the policy is jam-packed with economic benefits.

Why would we give everyone free money?

A new study from The Bank of America Merrill Lynch, reports that within just 20 years up to 35% of UK jobs and 47% of those in the US are at risk of being replaced by machines. This is incompatible with our current relationship to work. It would lead to mass unemployment and destitution. As Callum Chace, author of Surviving AI and Pandora’s Brain says:

But if we had an unconditional income for citizens, robots will advance as emancipators rather than leaving workers destitute. They could liberate us from menial jobs, rather than strip workers of their means to survive. UBI is a forward thinking policy that would enable us to fulfill our technological potential.

However, the argument for UBI by no means relies on an automated economy. Critics may argue that UBI encourages laziness. Why would people work if they get money for free?

But in fact the opposite is true: When compared to other forms of welfare, UBI actually serves to motivate. When the individual becomes employed, means-tested benefits such as Job Seekers Allowance (JSA) are lost.  Whereas UBI persists irrespective of your income. It cannot act as a deterrent to employment because the person loses nothing by getting a job.

UBI would also serve to re-distribute wealth. In the UK currently five of the richest families have more money than the bottom 20% of the country. Not only is this breathtakingly unjust, but it is also terrible for the economy. Rich people may have enough money for a thousand pairs of jeans, but that doesn’t mean they will buy them. Polarised income disparity means wealth stagnates at the top and isn’t spent back into the real economy. Redistributive policies increase the spending power of everyone except the very rich, meaning there is more demand for jeans, and everything else.

Why don’t we have UBI now?

We don’t have this system now because it values workers more highly.

If there is no social security, people are forced to sell their labour for whatever they can get to survive. UBI would enable workers to become more selective – they can say ‘no’ to lousy jobs and ‘yes’ to better ones. They could retrain as an engineer, enter higher education or open their own business. UBI will not make us couch potatoes but give us the freedom to achieve our goals.

Welfare liberates the worker and this is why conservatives and their corporate bedfellows hate it. The absence of welfare breeds cheap labour. Corporations don’t want people to be free to say ‘no’. This is the reason the ‘lazy benefits scrounger’ narrative is propagated. They want it to be a choice between working cheaply for them, or destitution.

Great, so UBI works in theory. But what about hard evidence?

As I reported previously: UNICEF has provided empirical evidence that UBI is economically beneficial. They conducted a project with the Self- Employed Women’s Association in the state of Madhya Pradesh in India. Thousands of villagers were given an unconditional income, which resulted in more economic activity, not less. More work was undertaken, more equipment and livestock were invested in and new small businesses sprang up.

The UNICEF study is not the first, the Ugandan government issued one group of people a year’s worth of income ($380) and withheld it from another group. Those who received the cash worked an average of 17 hours longer than those who received nothing. They were also 65% more likely to enter a skilled trade, investing most of the money into businesses and skills training. Four years later they saw a 41% increase in their income, showing a lasting influence.

Human desire does not end at necessity. All it takes is a pedestrian glance at the world to see that people do not stop striving when they have the bare minimum.

The Canadian Prime Minister Justin Trudeau could end up making history. Considering our automated future, UBI is the most forward thinking policy one could have. Notably, it has been a long standing policy of the Green Party here in the UK.

Aside from technological development, solid evidence demonstrates that UBI is brimming with benefits for both workers and the economy as a whole.

This new development from Canada is making Cameron’s government look like a bunch of dinosaurs.

–Write your MP asking their view on UBI.

–Support The Canary so we can continue to bring you the policies of the future.