Jeremy Corbyn has sent a message to his plotting MPs, and they won't like it one bit - Canary 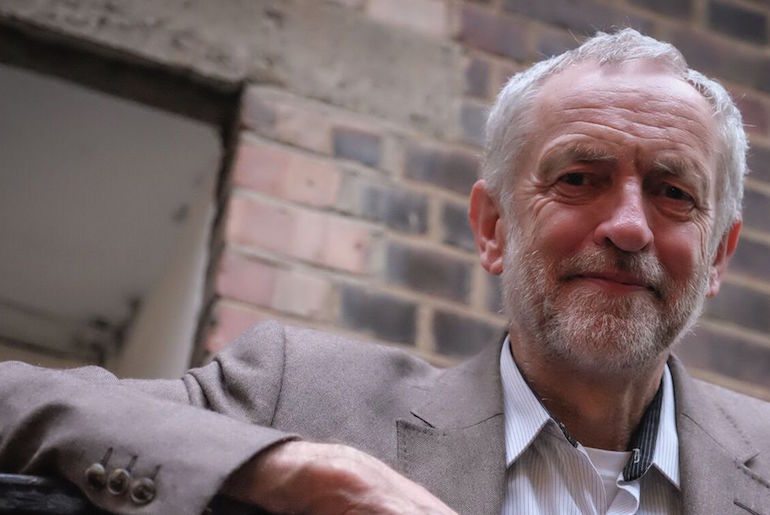 MPs on the right-wing of the Labour party are planning to mount a coup against Jeremy Corbyn this summer. Now Corbyn has told his plotting MPs that his name will be on the ballot paper if a leadership election is triggered, meaning their attempt at a coup will almost certainly fail.

Labour MPs have been plotting to overthrow Corbyn since the day he was elected, but they have been ramping up their efforts in recent weeks. ‘Labour party sources’ have been busy anonymously briefing the press that they will try to depose Jeremy Corbyn this summer – after the May elections and June EU referendum but before the Labour party conference in late September.

But a spokesperson for Corbyn has now told his opponents he will be on the ballot paper in any future vote for the party leadership:

[T]he leader of the Labour Party is already on the ballot paper if there is an election.

The plotting MPs won’t like this at all. If Corbyn is on the ballot, the Labour party membership will almost certainly vote him back in by a landslide. Corbyn is more popular among the party membership now than he was when he won 59% of the vote last year. If any of the bookmakers’ favourites – Shadow Foreign Secretary Hilary Benn, former army Major Dan Jarvis, Shadow Environment Secretary Lisa Nandy and Deputy Leader Tom Watson – were to challenge Corbyn, the results do not look promising for them (image via Huffington Post): 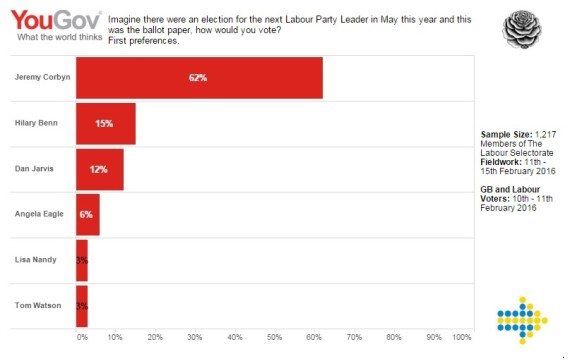 The coup plotters would love to keep Corbyn, who struggled to get the support of the 35 MPs needed for last year’s leadership election, off the ballot. And that, it seems, is exactly what they are trying to do.

Some scheming backbenchers have obtained legal advice suggesting Mr Corbyn would need the backing of at least 35 – and possibly 51 – MPs to make it onto the ballot of party members.

The problem is, nobody knows if this is true. The party’s rules on whether a party leader needs nominations to enter a leadership contest are unclear, so Corbyn allies in the Campaign for Labour Party Democracy (CLPD) are seeking to clarify the rules. Peter Willsman, secretary for the CLPD and committee member of Labour’s National Executive Committee, says:

Unfortunately, the lack of precise clarity in the way the rule is written is exploited by hostile media speculation claiming that a challenge can be mounted against our current leader Jeremy Corbyn with him excluded from the ballot paper. Labour needs its rule book to be clear to ordinary people.

Willsman has put forward draft rule changes – which will need to be approved by the NEC – to ensure existing leaders are added to the ballot, and to lower the proportion of Labour MPs and MEPs who need to support a nomination from 15% to five percent. It is, he says, “undemocratic for MPs and MEPs to have powers to so tightly restrict the range of candidates running in a leadership election”.

Corbyn’s critics accuse the CLPD of “trying to change the rules”. The Labour leader’s own team insists that he has nothing to do with the CLPD’s motions but that, in any case, no rule change is needed because leaders are already entitled to have their names on leadership ballot.

Whoever is right on the party’s rules, it is now crystal clear that MPs plotting to depose Corbyn have a fight on their hands. They want to lock Corbyn out of power for one simple reason: he has dared to challenge New Labour’s neoliberal legacy and that, they say (without evidence), makes him unelectable.

But the party membership that elected Corbyn will back their leader to the hilt, if they are given the opportunity. If they are not, Labour may find it has finally pushed its core voters too far, and discover what “unelectable” really means.