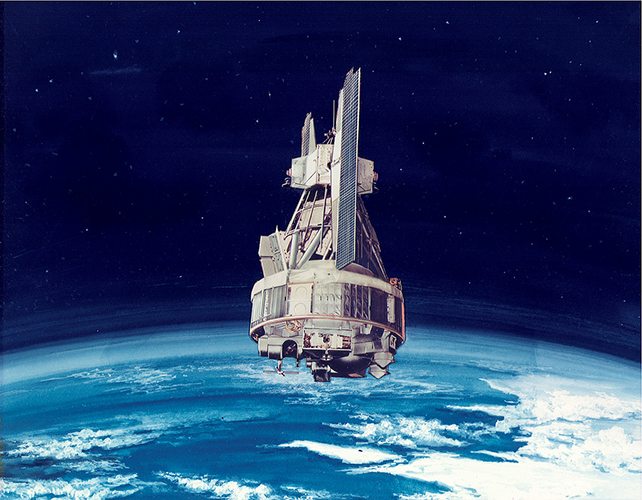 An image from NASA’s Earth Observatory series shows the powerful devastation of the Earth’s landscape by fracking in a whole new light.

At first glance, this view of the United States from space gives a clear and damning perspective of the US’ light pollution problem. Each of the country’s largest cities can be mapped by its badly-designed lighting – a massive $2bn worth of which is leaked into the sky every year.

But the cluster of light that sits in the middle of one of the darkest parts of the mainland is not an American city, and flags an urgent problem – one that will imminently also affect the UK. 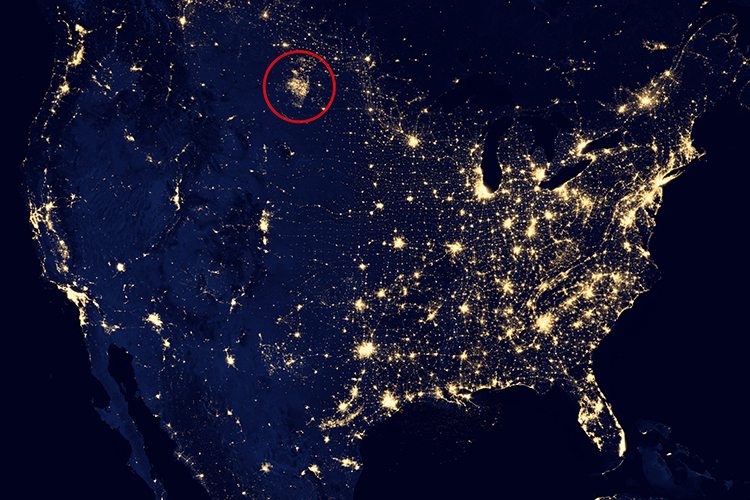 Straddling the borders of Montana and North Dakota – one of the least populated areas of the US – is the Bakken formation. It is a large area of rock under which lies a huge reservoir of oil and natural gas. These fossil fuels are currently being extracted at an alarming rate by hydraulic fracturing or ‘fracking’.

Buried within the landscape of electric light pollution is another, vicious pollutant that few US citizens are aware of – thousands of ‘flares’. These smokestacks burn off the surplus natural gas extracted almost continuously. The surplus arises when the capacity for what can be stored and sold is overtaken by fracked gas coming to the surface. The excess is simply burned off into the atmosphere. 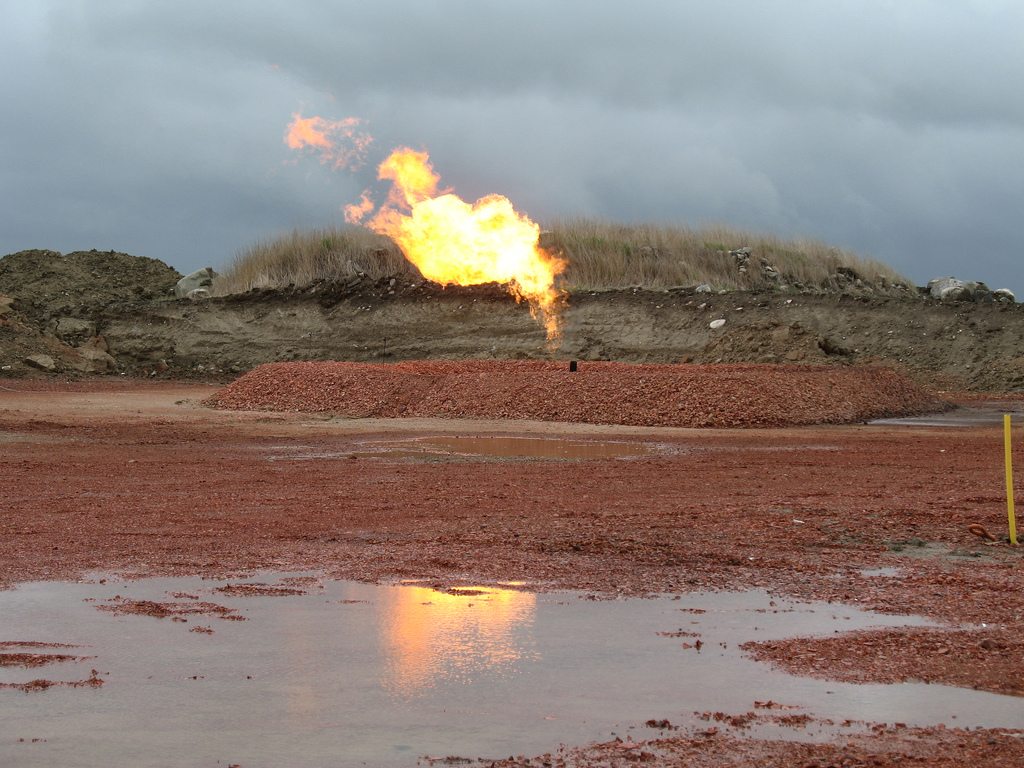 There are now so many flares and drilling sites that, not only can their combined light be seen from space, but together they’re indistinguishable from the huge cities in the rest of the country.

Oil companies have flocked to the Bakken formation since the early 2000s when the fossil fuel extraction technology became viable. In the years that followed, North Dakota experienced an ‘oil boom’, making it the second most oil-producing US state behind Texas. There are now thousands of active wells there, extracting over a million barrels of oil a day, and more natural gas is released than can be funnelled into the gas pipelines. These rigs are owned by numerous energy companies, with little local accountability.

And there are additional problems with fracking, none of which can be ignored. The ‘boom’ economics, the flagrant burning of unnecessarily leaked gas labelled ‘surplus’, and the increase in the use of fracking come despite public outcry and plentiful evidence warning of the devastation it causes and tell a salient tale about the despotism of today’s global industry.

In early March, it was announced that a sudden surge in February temperatures in the northern hemisphere took us 2 degrees Celcius over the ‘normal’ mark for the first time in recorded history. As if that wasn’t frightening enough, it also breaks the temperature record set only weeks before, in January.

Just to clarify. Scientists are telling us that global warming is happening so fast that in the first two months of this year, we’ve broken the record for the hottest temperatures ever recorded, not once, but twice.

Though the contributions to methane emissions are manifold, scientists have said that this particular surge can almost certainly be attributed to the increase in shale gas extraction by fracking, and its many devastating effects.

And the US is not the only culprit/victim of fracking. On the last day of Parliament before the Christmas break – when few of us have time to pay attention – The Tories approved 93 new fracking licences, five of which included exploring land once noted for its ‘outstanding natural beauty’, but now for its ‘frackability’.

The government’s attitude to energy policy has been openly criticised by campaigners and MPs alike. Though supposedly in favour of sustainability, the Tories are clearly driven by the neoliberal ideology that puts profits before anything else. Secretary for Energy and Climate Change Amber Rudd admitted that radically altering our energy infrastructure is possible and would go some way to securing our future, but that rather than the government choosing to begin that transition:

Government is the enabler. The market will reveal which one works and how much we need of both.

The market evidently does no such thing.

It is worthy of a dystopia described in a post-war novel. People have seen this coming for half a century. How insulting that the government continues telling us to insulate our homes, wash at 30, and pay 5p for a plastic bag while enabling the relentless destruction of every branch of our ecosystem. The majority of us struggle to afford homes or white goods anyway, and as we continue polluting, food scarcity is increasing.

At a time when we are having to fight complacency in climate-saving regulation, and the market is awash with ‘green’ products that put the responsibility for ensuring our future on individual consumer choices, it is easy to see the gas flares and feel like you’re watching the world burn. The only way forward now is to keep the focus on industrial crimes – especially those that are legal.

Start by looking at these tools suggested by the website for our recommended book: Naomi Klein’s This Changes Everything.

Make sustainable personal choices, but keep the focus on industrial regulation by writing to your MP.

Support The Canary so we can keep providing contextual journalism for global news.

Images via NASA (annotated by The Canary), and gfpeck/flickr.