We never hear about this war, but here's why we should (VIDEO) - Canary 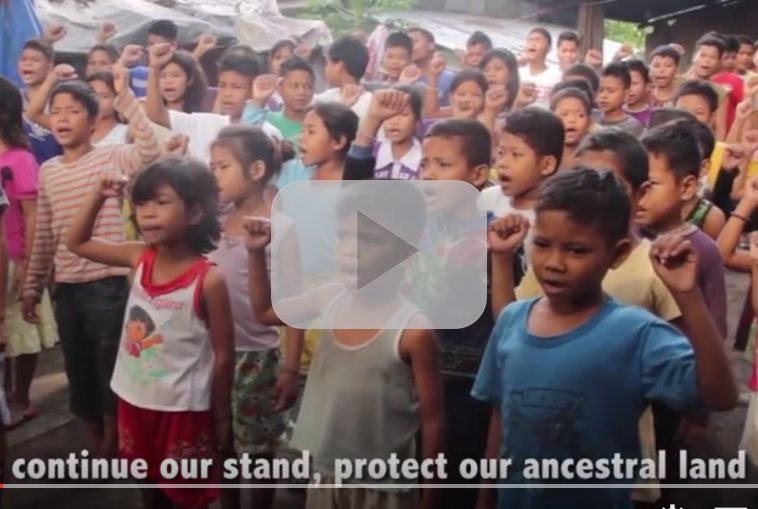 Thousands of civilians fleeing their homes. Murderous militias harassing and killing indigenous people on their ancestral land, allegedly with military support. This is an all too familiar story for citizens the world over. But below is the particular story of how a war driven by corporate hunger for resources has devastated Mindanao (the southernmost island of the Philippines) and its people (the Lumads).

The Philippines was under Spanish colonial rule from 1521 until 1898, when the USA occupied the country. After American rule officially ended in 1946, Washington maintained its influence via right-wing puppet regimes. It also kept major military bases on Luzon Island and at Subic Bay.

In the 1960s, Filipino anger over America’s war in Vietnam combined with their own desire for meaningful self-determination. But as this fight seemed impossible under the rule of Ferdinand Marcos (who ran the country from 1965 to 1986), a communist insurgency began in the late 60s – led by the New People’s Army (NPA).

In its Cold War fervour, the US government gave Marcos all of its support. The Americans may have criticised the right-wing dictator in secret cables, but their desire to stop the rise of communist governments around the world was much stronger than their interest in human rights.

Thousands of citizens – including regime opponents, rights activists, and young women – were murdered by the “ill-disciplined security forces and frighteningly disciplined death squads” during this period, says Tom Clifford at The Irish Times. At the same time, corruption saw poverty levels rise from 41% to 58.9%, and malnutrition plagued what Clifford calls “one of the most bountiful countries in the world”. Only in 1986 did the situation begin to change.

Little change since the end of dictatorship

With the NPA guerrillas gaining ground and popular opposition to Marcos growing in strength, the rich and powerful of the Philippines decided to act. According to Clifford, “vested interests, the church, the armed forces, [and] big business” supported mass protests against the dictator in the hope that they would not lose their power. The USA helped the dictator to flee the country on 25 February, 1986.

Since 1992, claim the NPA and its allies, there have been peace talks with the Filipino government to “address the roots of the armed conflict”. But for much of the 21st century, according to the Borgen Project, poverty levels in the Philippines have been stuck at around 25%. And the island of Mindanao has some of the highest rates of poverty in the country, with 68.9% of citizens living in poverty in one province.

As the fall of the dictatorship brought little change for the majority of Filipinos, the NPA continued to garner support, promising citizens it would take power away from foreign corporations and their local establishment allies.

Since becoming president in 2010, Benigno Aquino III has promised to bring security to the Philippines, through yet more war. At the start of 2011, his regime announced its counter-insurgency plan – ‘Oplan Bayanihan’. According to the NPA, the Aquino regime “sabotaged the peace talks”, and has been “intensifying the exploitation and oppression of the Filipino people” ever since it took power.

At the time of writing, Aquino’s strategy has failed to end the decades-long conflict in the Philippines. In fact, he has even called on the USA to bolster his military operations – a petition that has drawn angry reactions from China. In 2015, The Huffington Post called the relationship between China and the Philippines “Asia’s most toxic”.

The government’s war has affected civilians the most

In 2015, thousands of Lumads – an umbrella term used to describe a number of different indigenous groups – were driven off their land on Mindanao by military and paramilitary forces. But Aquino’s war against the NPA was not the only reason for this operation. CNN Philippines describes why:

Mindanao is not only a food basket, but also holds the country’s biggest deposit of gold, nickel, and copper

TIME, meanwhile, explains that the root causes of conflict and discontent in the country are:

disputes over resources and land

The magazine reported in 2015 that three indigenous citizens had been “tortured by the military into admitting that they were communist rebels”, and that soldiers had been accused of “killing five members of a Lumad family, including two children”. Meanwhile, rights organisation Karapatan claimed that members of a government-backed paramilitary group had assassinated the director of a tribal school, and a group of religious activists slammed government inaction, saying:

Allowing the lumad to be subjected to massive forced displacement and even worse, massacres, killings, harassment and rampages of terror under a national security plan is tantamount to tolerating cultural destruction or effecting the obliteration, even genocide, of the lumad people.

According to Youth organisation Anakbayan, the Armed Forces of the Philippines (AFP) have been helping paramilitary groups to commit atrocities against the Lumad with impunity:

However much the government wants to defeat the NPA, Lumad civilians are facing the brunt of its military operations. There are indeed some Lumads who fight alongside the NPA, asserts anthropologist Oona Thommes Paredes, but this is only because they joined in the 1970s to:

fight the encroachment of mining and logging companies on their land.

Lumads have the right to control their ancestral territories, according to a law passed in 1997. But as Paredes insists, “large logging and mining companies” have found “ways around the law”. This usually means bribery, she says.

As a result, the majority of citizens are left powerless. If they decide to take up arms to defend their rights, they die. And if they don’t, they either die in the crossfire or are forced to abandon their land to survive.

Aquino’s tactics will only bring more and more conflict

The fight for resources is very clearly at the heart of the war in the Philippines. In 2007, for example, a report in the UK’s House of Commons expressed serious concerns about both the devastating environmental consequences and the human rights violations linked to corporate mining activities in the Philippines. And these abuses were condemned at the UN Human Rights Council in 2013. Yet they continue today, causing immense suffering and depriving more and more people of their land.

In February 2016, Lumads complained of:

another wave of atrocities being committed by suspected anticommunist militiamen

And even Lumad refugee camps have not been safe. They have already suffered arson attacks this year, and one Lumad activist insists that such activity:

clearly aims to harass and kill us.

At least one Filipino senator has complained about government inaction regarding this horrific situation. But Human Rights Watch claims that “extrajudicial killings, torture, and enforced disappearances by state security forces” still occur regularly in the Philippines.

In the face of such criticism, however, the Aquino regime seems determined to push forward with its policy of war – no matter what abuses people suffer in the process.

The humanitarian crisis in the Philippines is only likely to get worse if the occupation of Lumad land continues. As the film below clearly shows, there is only so much more that the Lumads are willing to take.