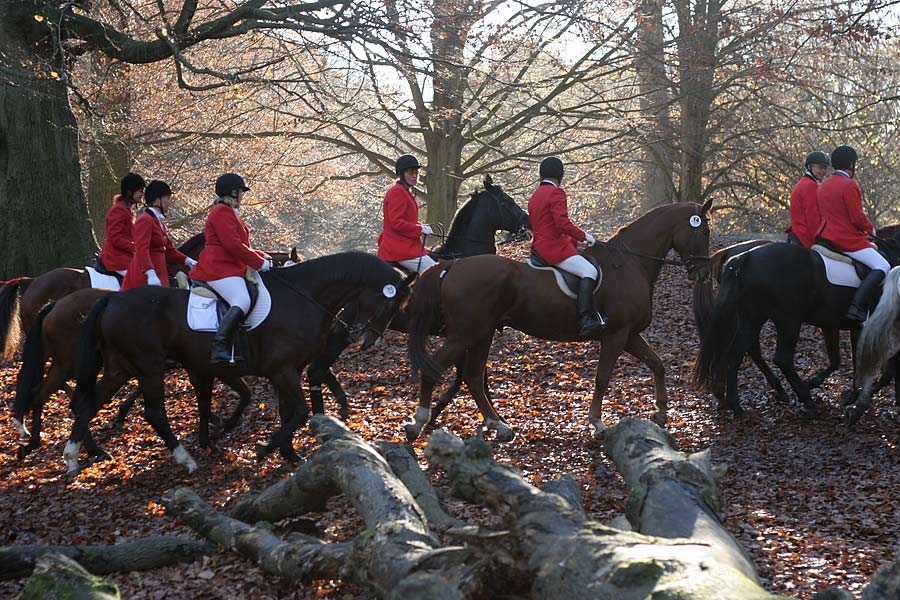 Two hunt monitors from the League Against Cruel Sports (LACS) have been seriously injured in a brutal attack from followers of the Belvoir Hunt, a regular hunt in Leceistershire. Two suspects have been arrested and released on bail pending further investigation.

Roger Swaine and Darryl Cunnington were filming the hunt to check for illegal activity when a gang of masked men on quad-bikes attacked them and robbed them of their cameras. Swaine suffered blows to the head and was bleeding heavily when paramedics arrived. Cunnington was taken to hospital having sustained neck injuries, he was discharged but later returned.

A police helicopter tracked down two potential assailants, a 23 year old and 54 year old, who were arrested and released on bail pending further investigation.

A spokesman for the League Against Cruel Sports said:

Two members of staff from the UK’s leading anti-hunting campaigning organisation have today been seriously assaulted and robbed of their cameras while monitoring Leicestershire’s Belvoir Hunt. The two League Against Cruel Sports employees were attacked by a gang of hunt followers, some of which were on quad bikes and wore masks.

LACS employees routinely film and document fox hunts, stag hunts, and other such pursuits of wild animals. The ‘sport’ of hunting foxes is illegal under the Hunting Act 2004 if it includes more than two dogs. However, of the huge numbers involved in such activities only a minority are prosecuted, and attacks on monitors are common.

Our number one priority is the wellbeing of our injured staff and I am on my way to visit them now. We are all shocked by the violence of the Belvoir Hunt followers and this barbaric thuggery must not go unpunished. Our courageous investigators play a critical role in peacefully monitoring and enforcing the anti-hunting law that some people consider themselves to be above.

The Belvoir Hunt is attached to the Duke of Rutland’s manor. In addition to members of the British Aristocracy it is allegedly frequented by police officer’s including Leceistershire Police own wildlife officer, PC Roscoe. Wildlife campaigners have identified this as a conflict of interest and campaigned for her removal.

In the past there have been clashes between hunt followers and those who attempt to disrupt the hunts (known as hunt sabs). This opposition has seen violence on both sides.

LACS stresses that its employees are there to record instances of law-breaking, not to intervene directly.

Our investigators stay in the background to peacefully monitor the activities of hunts and record evidence if the hunts are breaking the law. We avoid engaging with the hunts or their followers. This attack was completely unprovoked, but it is not unusual for hunt members to become violent if they feel they are being watched.

For all its veneer of tradition and culture, hunting is a still a violent pass-time, and hunting with dogs doubly so. The animal suffers a drawn out and excruciating death, for no other reason than the hunter’s pleasure, a morbid spectacle that many feel has no place in modern Britain. We should not be surprised that violent activities attract violent people, or that this violence is not solely directed towards animals. And we cannot ignore the double standards surrounding class that still persist in this country. After all, if such an attack had occurred in the centre of a city, under circumstances surrounding potential illegal activities, carried out in concert by large groups of people, the reaction from the authorities would have been to crack down- hard.

–Write to your MP asking for firmer application of the 2004 Hunting Act.

–Join LACS to see how you can help.