This stunning new poll is great news for Corbyn, and terrible news for the Tories - Canary 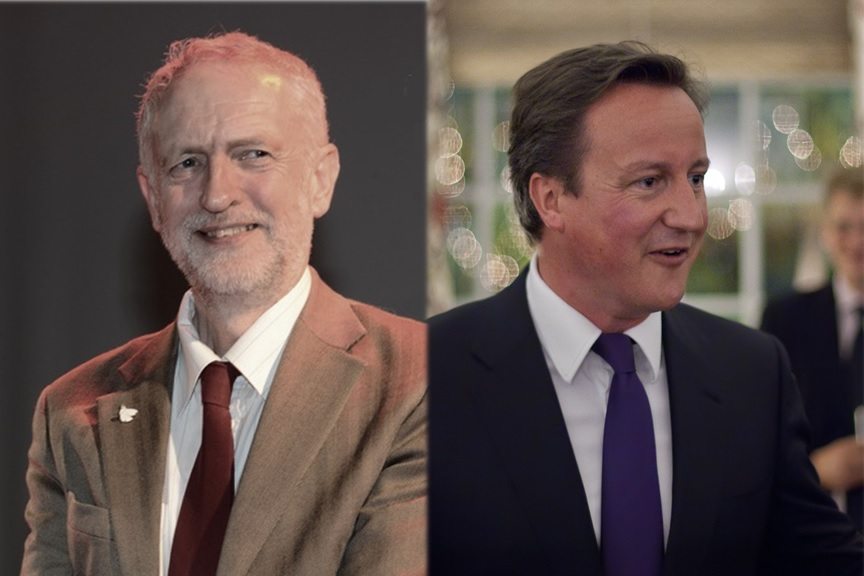 A new ICM poll shows that the Labour party has drawn neck and neck with the Tories for the first time under Jeremy Corbyn’s leadership. And it appears this fall in support for the Conservative party may be down to its divisions over June’s EU referendum.

The two parties now stand at around 36% of voting intentions each, according to this poll. Labour has increased its share by 4%, while support for the Conservatives has fallen by 3% since December.

IPM says that these results are probably the result of internal battles in the Conservative party regarding the upcoming EU referendum. The pollsters explain:

We have an unprecedented level of division within the Conservative Party over the EU, a battle which is very much being fought front and centre with the current Prime Minister on one side and a Prime Ministerial hopeful on the other.

With this statement, ICM was referring to the deadly divisions between David Cameron and Boris Johnson over a potential Brexit.

The pollsters insist that:

Under such circumstances, polling support tends to suffer – there’s nothing worse than party disunity to prompt a polling freefall.

This is good news for Labour, which could do very well in May’s local elections if it stays on track.

Labour can maintain its momentum, but only if…

If the Labour party is truly to take advantage of Tory squabbling over Brexit, it will need to prevent its own internal battles from hitting the headlines so often.

The rise of Jeremy Corbyn, like that of Bernie Sanders in the USA, has shown there is a lot of hunger for a political alternative to austerity. And a recent poll shows that only 2% of Brits think spending cuts should go further. George Osborne, meanwhile, seems determined to satisfy his irrational austerity fetish in the cruelest ways possible. In this environment, it should be plain sailing for the anti-Tory opposition in parliament.

But coup plotters in the Labour party seem determined to undermine their leader. One opponent of Corbyn has recently made it very clear that he doesn’t respect orders from his party, stressing he’s “not a delegate” for its members.

Even if Labour MPs wish to defy the decision of members and supporters to make Corbyn party leader, however, Corbyn has promised he’s not going to make it easy for them. And deputy leader Tom Watson has backed him up, insisting:

both Jeremy and I were elected last September on a very large mandate from our membership… and they do not want after nine months another leadership challenge.

Rebellious Labour MPs would do well to listen to Watson, as their party could well overtake their opponents in the next few months if Tory bickering persists. If they don’t listen to him, however, they may well succeed in their apparent desire to undermine Labour’s chances of electoral success.