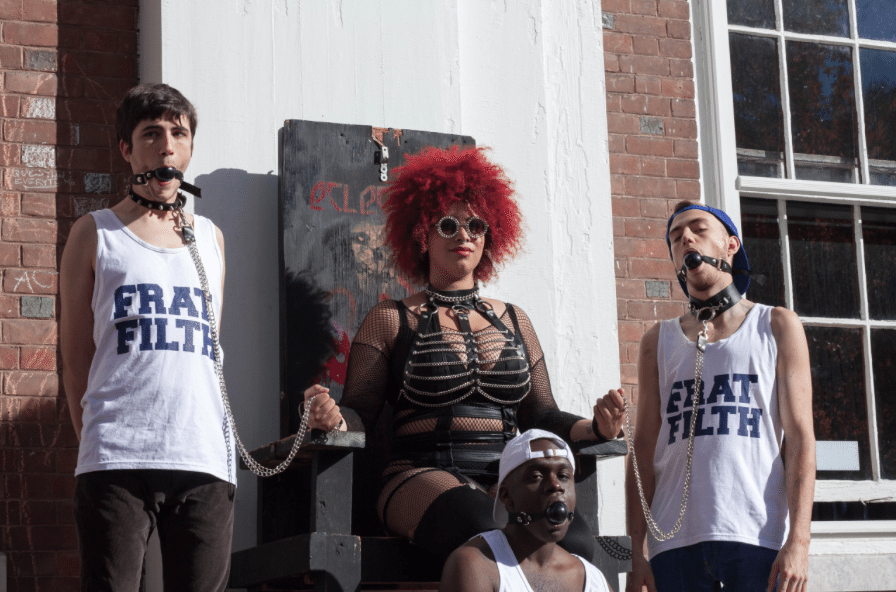 A graduate of Wesleyan University returned to the frat house where she was raped in her first year on campus to get the ultimate revenge on her attackers, and it was beautiful.

It is often said that the best revenge to take on those that have hurt you, is to find happiness. This is how 22-year-old Karmenife Paulino did just that, by reclaiming her sexual agency at the site it was so brutally taken away in the years before. 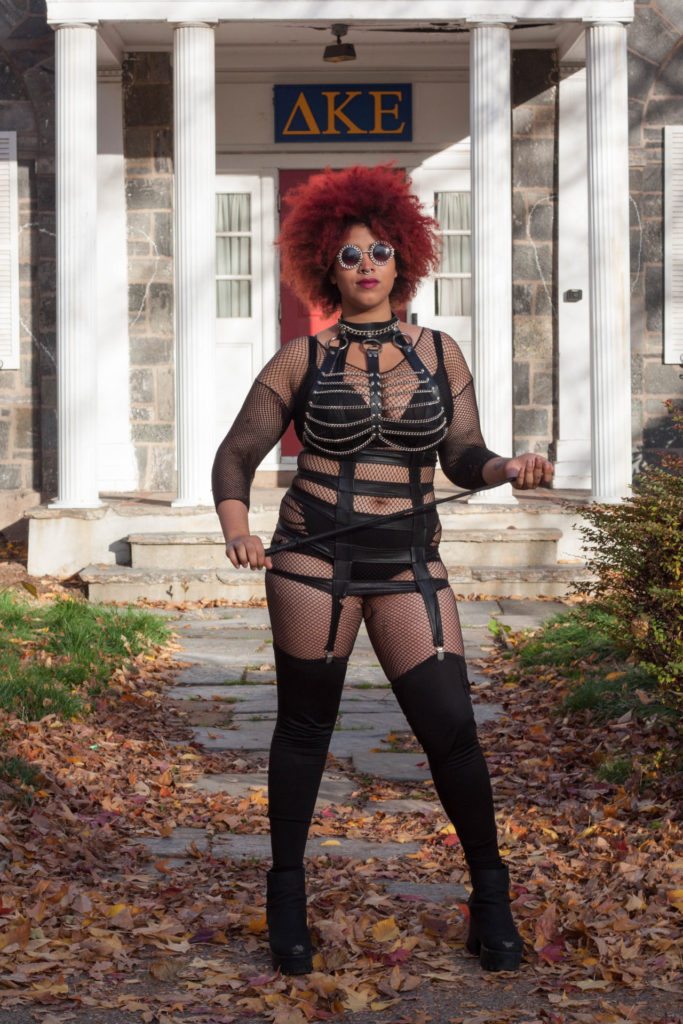 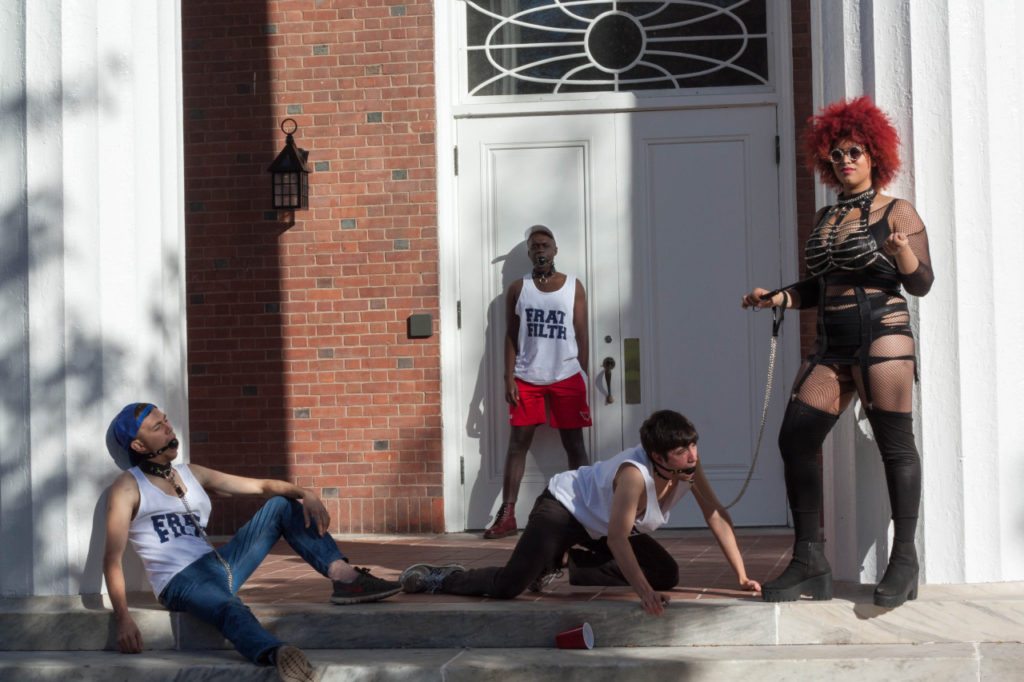 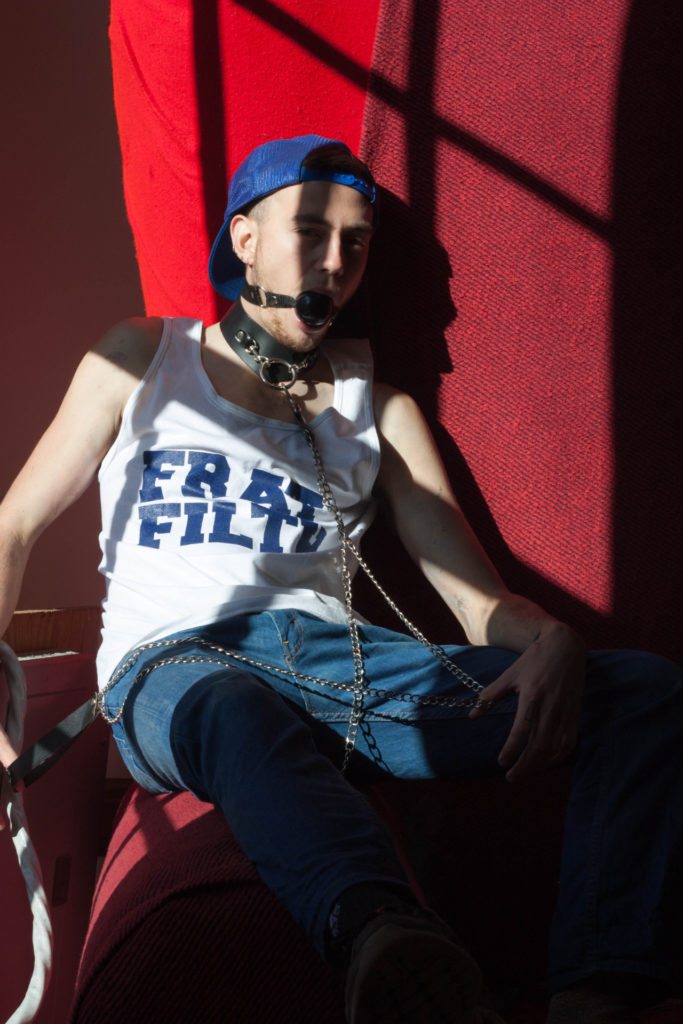 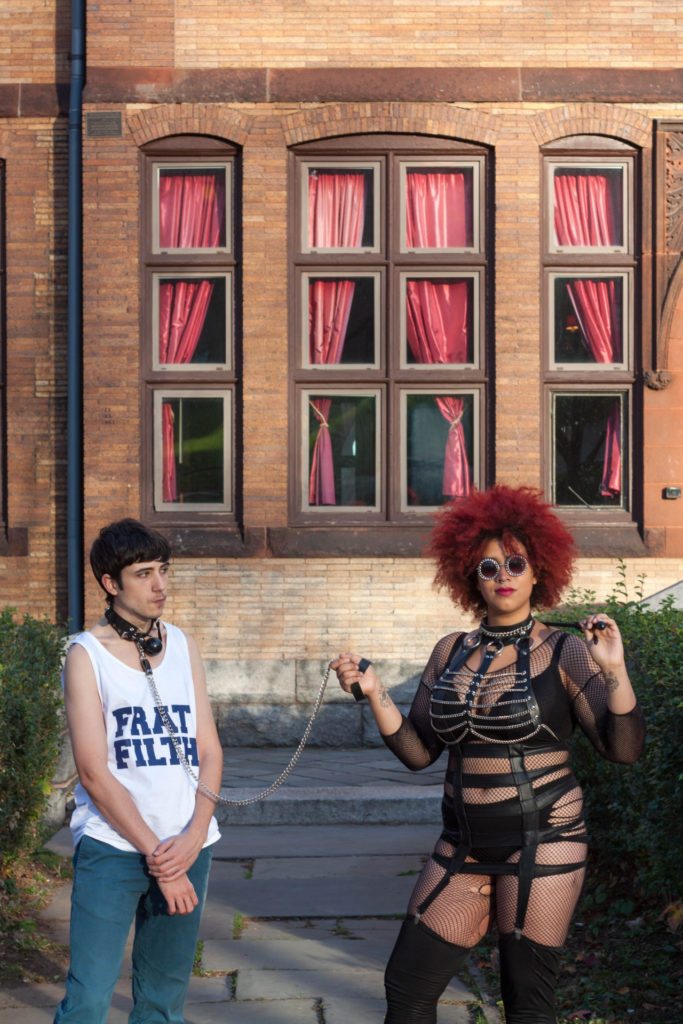 It’s been a long journey for Paulino, as Marie Solis reports for Mic, the former student: “found herself crying in class, avoiding her rapist, poring over the sexual misconduct policies, filing reports and attending hearings until, finally in her junior year, the man was expelled.”

The powerful imagery used in the shoot is intended to represent Paulino overpowering the fraternity that enabled her assault. As Mic reports:

“‘There’s something really powerful and beautiful about dominatrixes and just to be in front of those frat houses and to have those models kissing my feet and worshipping me — there’s an element of humor to it,’ Paulino told Mic.

She poses with men sporting collars, ball gags, and tank tops reading ‘Frat Filth.’ Holding their leashes is Paulino, clad in chains, a fishnet bodystocking and a harness.

‘I’ve worn that outfit before many times,’ Paulino said. ‘It’s what I feel the most powerful and the most vulnerable in and I wanted to wear it because women who are sexually confident are always demonized in these spaces and in society in general.’”

Paulino’s story, and campaign to break down gender-segregated groups like sororities and fraternities, will no doubt serve as inspiration to the thousands of American and UK college students who have, or will, suffer sexual assault or rape.

A resource site put together by Harvard University and Knight Business School reports that:

A survey commissioned by the Association of American Universities, the results of which were released in September 2015, found that more than 27% of female college seniors reported having experienced some form of unwanted sexual contact since entering college.

So 1 in 4 female American students will experience some form of sexual assault while at college. The number is even higher in the UK, with the figure standing at 1 in every 3 female students raped or sexually assaulted on campus.

But it doesn’t start and end there.

18,000 American women were killed by current or former male partners in the last 12 years. This means that more women have been killed at the hands of their husbands and boyfriends since 9/11, than Americans died during 9/11, and in all terror attacks and wars since.

In the UK, two women are killed every week by their current or former male partner.

This is why it is so remarkable and poignant to see survivors like Paulino able to summon the courage to reclaim their power, in the face of an uncertain and frightening landscape for women and girls.

Our task is to redouble our efforts to build a country, and a world, where these hideous and barbaric statistics are consigned to the dustbin of history.