UKIP's agriculture spokesman will want to bury this video - Canary 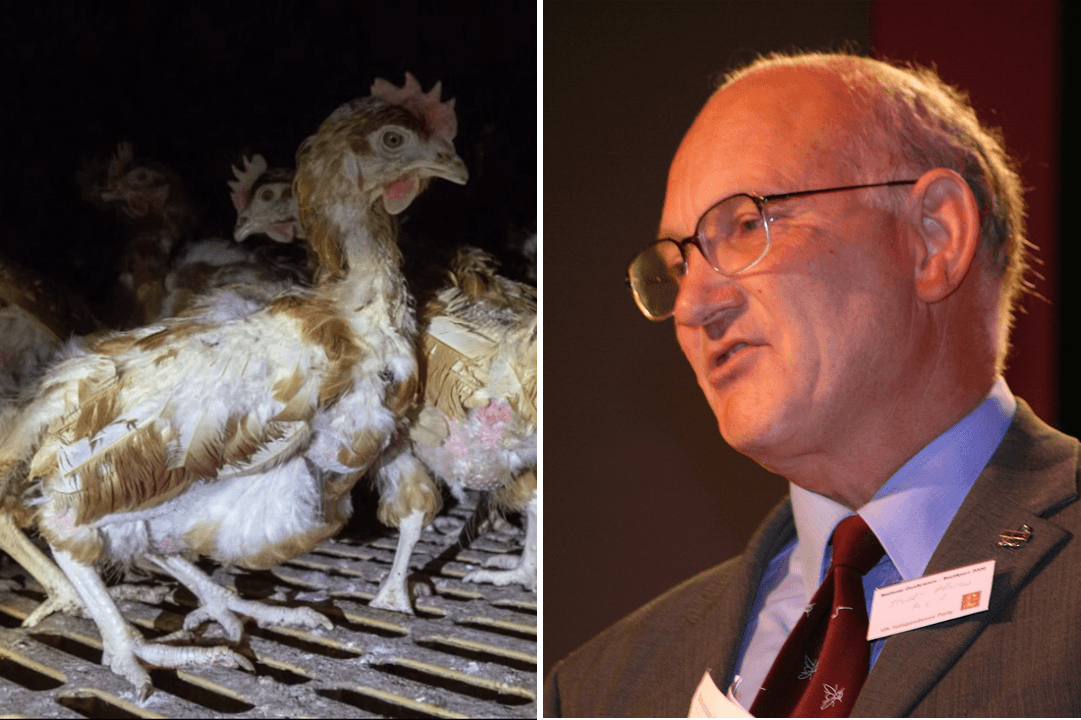 Ukip agriculture spokesman Stuart Agnew MEP has hit back at claims his free range chickens are kept in “revolting” conditions. Unfortunately, given some of his previous pronouncements, it’s extremely hard to take anything he says seriously.

Investigators from Hillside Animal Sanctuary, a charity which campaigns against cruel farming practices and offers a home to animals “rescued from the farming industry”, obtained footage at Agnew’s farm in Norfolk. It shows a barn in which around 16,000 of the total 35,000 birds are housed. Conditions are a long way from what many people would have in mind when they’re buying eggs labelled “free range” or “freedom food”. Agnew supplies Nobel Foods, which owns the brands Happy Eggs Company and Eggs for Soldiers. Nobel denies that eggs from this farm are sold under the Happy Eggs Company name.

The footage was sent to the Mail on Sunday, which ran an article highlighting the surprising nature of what is allowed under the RSPCA’s guidelines. The society’s head of farm animals, Dr Marc Cooper, confirmed that no standards had been breached and said the reason many of the chickens were missing feathers was due to an outbreak of common poultry disease enteritis. If anything, this case serves to illustrate the gulf between the public perception of farming and the industry reality.

Agnew was quick to defend his farm and accused the investigators of breaking in and causing the chickens “to think that they were being attacked by predators”. He claimed the footage had been “cleverly choreographed”.

Agnew likes to play up his farming credentials as Ukip agriculture spokesman but, as with much of his party’s manifesto, his farming policies (video) seem rather ill-considered. His plans to penalise landowners who erect wind turbines might keep our hillsides free of what many Ukippers bizarrely regard as a white menace. But by reverting to discredited ‘headage’ payments, he would be encouraging farmers to clog their fields with unsupportable densities of sheep. He would also like to see the UK removed from European restrictions on pesticides.

Ultimately, everything Agnew has to say on the subject of farming has to be seen in the light of his extraordinary admission that he has absolutely no idea how carbon dioxide works. In this breathtaking clip (which didn’t stay on the Ukip website for long), he is responding to a discussion about emissions reduction and carbon capture. Somehow he has got the idea that capturing carbon emissions (“de-carbonisation”) is the same as removing ALL the carbon dioxide from the atmosphere. To the complete incredulity of Italian MEP Gianni Pittella, Agnew sagely informs the parliament that this would be a very bad idea.

If you live in the east of England, contact Stuart Agnew MEP with your thoughts on chicken farming, carbon capture, climate change etc etc.