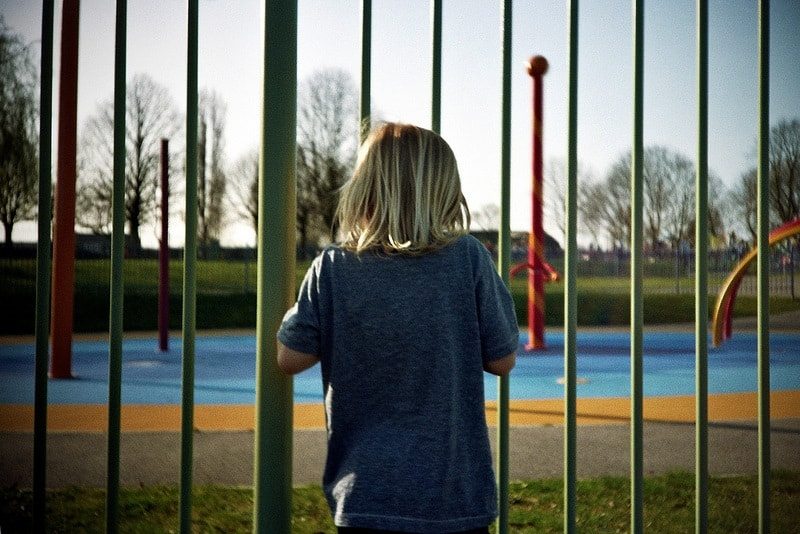 The Conservatives are set to force every mainstream school in England to become an academy, reports the BBC.

Ultimately this will result in huge sums of money being transferred from the taxpayer to the unaccountable private sector, through under-the-radar profiteering. The beneficiaries also happen to be brimming with Tory party donors and members of the House of Lords. This money is being extracted from our children’s education.

Academies are directly funded by central government but may be topped up by corporate sponsors. Whereas comprehensive public schools are funded by and made accountable to local government.

While academies may be funded by the state, they are now owned by private sector interest.

Academies were introduced by New Labour, but increased exponentially throughout the coalition and the current administration. As of March 2016, 5,170 state schools (about a quarter) had transitioned to academies.

From 2010 to the present, schools have been allowed to become academies if they ‘voluntarily choose to’. However this choice is not as voluntary as the Tories make out. From 2010, the government cut the education budget by 25% over four years. At the same time, they told schools that they will award them £25,000 and increase their budget by up to 10% if they become academies. Thus, schools do not choose to become academies because they believe they are better, but to survive arbitrary austerity conditions imposed by the government.

Academies transfer power from local governments to the schools themselves, which then set the budget and make the rules.

Why turn schools into academies?

Supporters say that academies reduce bureaucracy and upgrade standards by giving more power to the schools themselves. Johnathon Clifton, the associate director for the Institute for Public Policy research, writes:

The academies programme gives schools, teachers and education experts the freedom to work out how best to raise pupil outcomes.

Yet the Conservative Education Secretary Nicky Morgan doesn’t seem bothered by who gets these powers:

I don’t mind if they’re scientists, businesspeople…or nuns. I want to give them greater freedom and flexibility, more control and creativity.

According to Morgan, literally anyone will improve our education system with a splash of creativity. Perhaps that’s why we see adverts that say “education experience is not essential” for £160,000 a year jobs running academy chains. Apparently, you do not even need experience in your field to earn more than the Prime Minister. This ad is indicative of a sharp rise in unqualified staff in academised secondary schools. The move to academies takes power away from democratic local government and does not even hand it to others based on merit.

One would be right in thinking that this is a huge gamble on British children’s education. Quality of teaching is surely the most important factor in school performance.

Sneaky profiteering on the back of the taxpayer

The government will maintain that these academy chains have no way to make money, but this is disingenuous.

‘Top slicing’ is used by numerous of the largest academy chains to extract profits disguised as executive salaries. In Yorkshire alone, and as of only 2013, academy chains had leeched £9m from schools in the county. Several so-called chief executives take home gut-wrenching six-figure salaries at the expense of the children at the schools.

This is a trend across the country. These academy chains are listed as nonprofit charities- because they don’t have shareholders, but are in fact using taxpayer funds to make huge profits, with some senior staff on £200,000 or more. As blogger Another Angry Voice writes, these are essentially ‘insider dividends’ to get around the ‘charities can’t have shareholders’ problem.

Remember that these eye-watering salaries are awarded by so-called ‘charities’ that run academy chains and overseen by the Conservative government. The very same government that is imposing a relentless austerity programme on the rest of the country. An austerity programme that has been used to take free school meals from children, mobility scooters and support from disabled people, and cripple the NHS and welfare system.

It is flabbergasting to compare these extortionate taxpayer handouts to the salaries of the teachers who are actually doing the work. In the name of austerity, teachers have only been awarded a “miserly” 1% pay rise, which is way behind inflation.

This is especially infuriating when one considers the following: Increasing the pay and qualifications of teachers is the real way to improve education. Teachers should be paid highly, respected and required to be very well qualified. Becoming a teacher would then be competitive because many people seek well respected and well paid jobs. The public education system would then improve rapidly. This is what we see in top quality education systems, like Finland.

Expenses are the bread and butter of robbing money from the public purse. It is a favourite of entitled MPs themselves.

According to its website, the large academy chain ‘E-act’ runs 23 academies across England with the motto ‘delivering education excellence’. In 2013, the pseudo-charity was criticised for a “culture of extravagant expenses”. These include first class travel and “prestige venues”.

Aurora Academies Trust, which runs four academies in East Sussex with the motto “AAT ensures that the individual child is at the centre of everything we do”, is just one example of this exploitation. The Trust demands that all of its schools use the American ‘Paragon curriculum’ at a cost of £100,000 per year.

This is the very same curriculum patented by its parent company Mosaica Education Inc, representing a direct transfer of £100,000 per year from the British taxpayer to an American company, which now owns our schools. The company is orchestrating a transaction between itself, but using our money to do so.

Many of the beneficiaries of this upcoming wholesale leap to nationwide academy schools will be Tory insiders themselves.

Lord Phillip Harris, an unelected Tory peer, donated £500,000 to the Tories in recent years. He also owns the Harris Federation, which runs 37 primary and secondary academies.

Lord Stanley Fink is on the board of trustees of ARK academies, which runs a network of 34 schools throughout the UK. He has donated a cool £2.6m to the Tory party.

In 2013, the academy chain Future Academies made the headlines for employing a 27-year-old headteacher with no teaching qualifications. The pseudo-charity runs four academies in London and is directed by Tory party donor Lord John Nash.

David Cameron apparently saw no bias at all here and decided to make him Parliamentary Under Secretary of State for Schools in 2013. The above are just a few of the Tory insiders directly benefiting from the transition to academy schools.

The BBC do not point any of this out in their coverage. Perhaps because the person charged with the story – Newsnight policy editor Chris Cook – is a former advisor to Tory minister David Willets on education policy.

At least The BBC notes that the proposals come from the “Conservative-aligned” thinktank The Policy Exchange. Albeit ‘aligned’ may be a bit of an understatement: This thinktank was set up in 2002 by the former Conservative Education Secretary himself – Michael Gove, and the Tory heavyweight Francis Maude.

This sweeping privatisation of our schools will not improve our education system. It will only impair it through unqualified teachers, while bosses and ‘administrative staff’ weasel the taxpayer out of more untold fortunes. This is money that is meant to be invested in our schools and children.

Well-paid and highly qualified teachers are the key to high quality education, not outsourcing responsibility to profit-seeking pseudo-charities.

-Share this article, so people know what we’re in for!

–Support The Canary so we can continue to bring you well-researched journalism on the issues that matter.

–Write to your MP to express your views on the academy system.