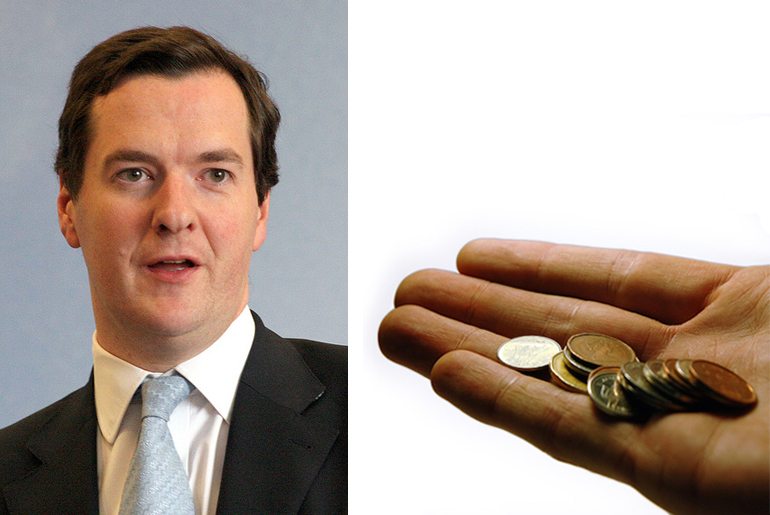 In his March Budget, George Osborne wanted a bit of good news to distract from the perilous state of the UK economy, so he talked up the government’s new schemes to support savers. One of those is ‘Help to Save’, which promises a 50% bonus on money saved to employees claiming in-work benefits. Here are nine reasons why you shouldn’t be taken in by Osborne’s spin:

1. Saving is impossible for many on low incomes

For many low-income households, putting aside a bit of cash every month is impossible; every penny is needed to pay for essentials. The Resolution Foundation reports that two-fifths of low- to middle-income households want to save £10 a month but can’t afford to.

2. The money needs to be saved for two years

Under Help to Save, savers have to wait for two years before they receive their 50% bonus from the government. Mike O’Connor, Chief Executive of the debt charity StepChange, argues that two years is too long: “Such a wait may see families overtaken by events as they access the funds for emergencies, therefore concern at losing the bonus could simply act as a disincentive to save in the first place.”

3. It could divert money away from pensions

If low-income earners do have any spare cash, they may well face a choice between putting it into a savings account or a pension. Former Pensions Minister Steve Webb (LibDem) has warned that the scheme could incentivise many to make the wrong choice:

Money put into a pension often attracts a matching contribution from an employer plus a tax relief contribution from the government and can entitle you to higher tax credits … It would be unfortunate if this initiative turned into a new mis-selling scandal, with workers discovering they could have got a better deal from a pension.

4. It could encourage people not to pay down debt

Martin Lewis, the founder of Money Saving Expert, agrees that it could incentivise people to make bad decisions: “[T]here is a risk Help to Save could substantially mis-prioritise people’s finances. … [P]eople may start to think that everyone should put aside money each month, when the truth is for many with expensive debts, especially payday loans, that’s a bad idea.”

Labour has said Help to Save is “like stealing someone’s car and offering them a lift to the bus stop”. People on low incomes have been hit by government cuts to tax credits and Universal Credit. Shelter reminds us that the coalition government also withdrew support for the Social Fund, which helped people to cover unexpected expenses, in 2013, handing responsibility to local councils. Many have since been forced to cut or scrap the scheme.

6. It was New Labour’s idea anyway

Shadow Work and Pensions Secretary Owen Smith points out that the plans are “almost identical” to New Labour’s planned ‘Saving Gateway’ – which George Osborne scrapped in his very first budget, saying it was unaffordable. This suggests it has just been quickly rehashed to sugarcoat a budget that takes from the disabled to cut taxes for the rich.

7. The people it will benefit will largely have decent incomes

One of the few differences between Help to Save and the scrapped the New Labour scheme is that New Labour planned to limit its incentive to people earning less than  £16,040 a year. The Tory scheme, on the other hand, will benefit those earning up to £30,000 (under Universal Credit) – a fairly decent income, given that 90% of UK citizens earn an average of £12,969.

8. It won’t benefit those who most need help

The savings scheme won’t help those who most need help right now: those who are out of work, those who are having their disability benefits slashed, and those who don’t earn enough to qualify. The Resolution Foundation explains that Help to Save:

will only be open to adults in receipt of Universal Credit with minimum household earnings equivalent to 16 hours at the new National Living Wage (equivalent to roughly £6,365 in 2017-2018) or those who are still in receipt of Working Tax Credits.

9. Even the government doesn’t expect it to help many people

3.5 million people are eligible for Help to Save, but how many will actually take it up? The New Statesman has done the sums, based on the government’s own expectations: “In their own costing, the government has assumed that the scheme will cost just £70 million over its first two years. Across the 3.5 million eligible people, that’s a match of just £20 each. The government clearly isn’t expecting substantial numbers to take up their generous offer.”

The lack of savings is a serious problem in the UK; almost half of UK adults don’t have a £500 savings buffer, and unexpected costs can push many families into problem debt. A well thought-out scheme that genuinely helped people to save would be a good thing. But Osborne’s Help to Save is little more than a gimmick – and, given his brutal attacks on working people, an insulting one at that.

–Write to your MP to express any malcontent.

–Support The Canary so we can continue to hold the powerful to account.