The BBC tries to make an austerity joke on Budget Day, and gets it painfully wrong - Canary 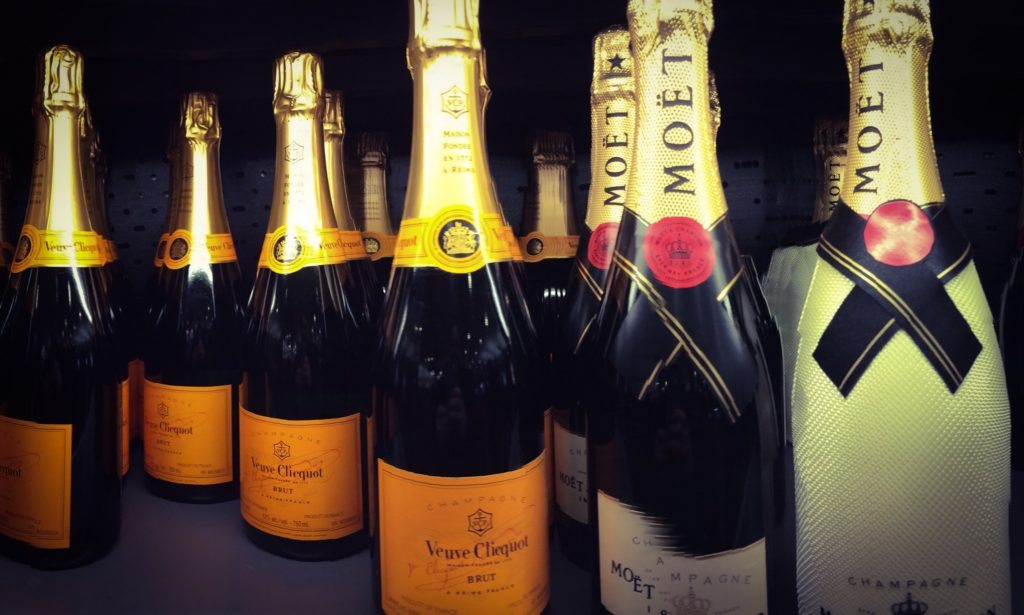 On Budget Day 2016, the BBC Radio 4 Today programme reported that Matthew Price will be broadcasting from the Cheltenham Festival, adding a photo to their ‘Budget 2016 Live‘ stream early in the morning titled “Champagne on ice”. 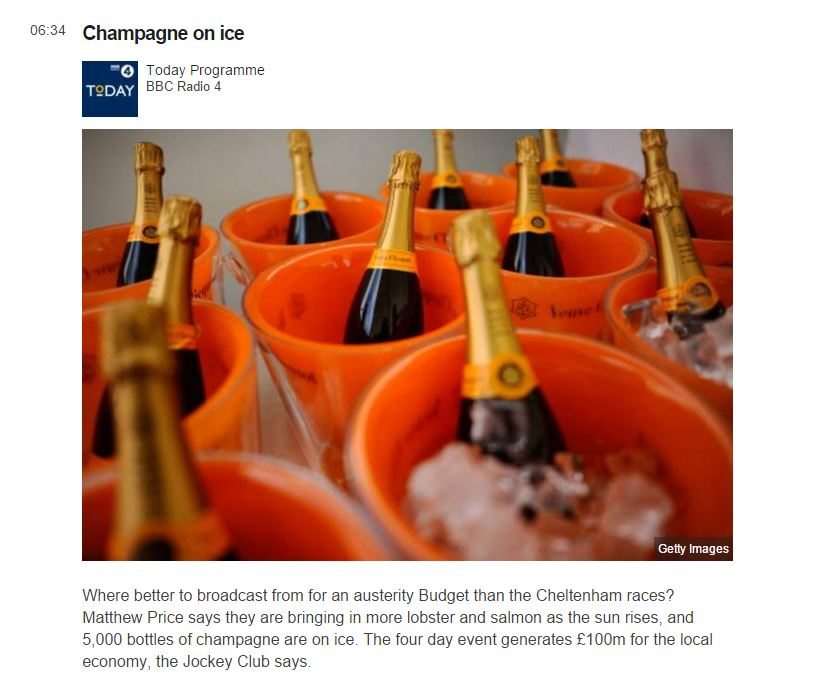 Underneath the photo, the caption makes reference to the austerity budget to be outlined later that day by George Osborne. It goes on to report that a delivery of “more lobster and salmon” was appearing “as the sun rises, and 5,000 bottles of champagne are on ice.”

The Today programme likely had its tongue firmly in its cheek when it captioned the image. Yet, their reluctance to make any comment on the disparity between the scenes they describe and the reality facing the rising number of people being plunged into poverty today, is a shame to witness.

Today’s budget outlines the privatisation of all state schools in England and £4bn more in spending cuts, amongst other revelations on tax and pensions. This comes only a week after the Tories pushed through more welfare cuts for the disabled even though they were twice blocked by the House of Lords. The BBC also reported this morning that a leading economist has confirmed the Tories are ideologically opposed to public spending. They have also have sold off more public assets than any other government in history.

The Cheltenham Festival is one of the country’s most elite and extravagant traditions. Millions of pounds will be bet over the course of the Festival, and ‘free bets‘ are offered, encouraging people to part with as much money as possible in deals similar to supermarket ‘buy one, get one free’ deals. The festival highlights our country’s love of gambling. The gambling industry, on the one hand, preys upon the poorest and most vulnerable. And on the other, is the mindset which led to the 2008 economic crisis.

The Jockey Club, which owns Cheltenham Racecourse, confirms that “the four-day event generates £100m for the local economy”. This may be good news for the Cheltenham residents who can afford to participate in the festival. For the rest of the country, it is a sour reminder of just how much wealth exists in the country, and the fact that it remains concentrated in the top tier of companies and individuals while millions are desperately clutching at it.