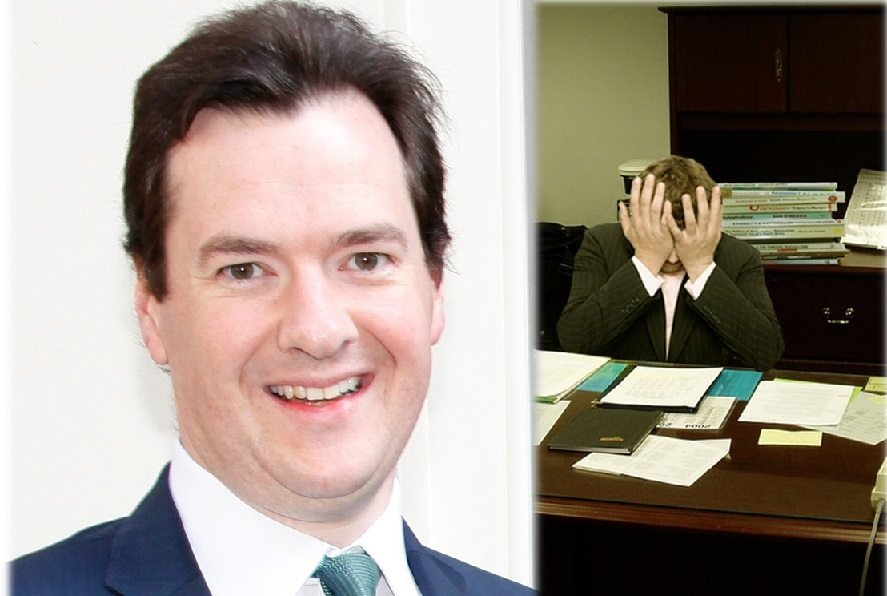 George Osborne’s budget speech obsessed over the “next generation”. Yet there is very little for young citizens to cheer about today. The forced academisation of schools topped the Chancellor’s agenda, but this is a move that will do little to improve Britain’s education system.

On six occasions, Osborne said he would “act now so we don’t pay later”. And on seven, he insisted he was putting the “next generation first”.

But the measures he mentioned were mere token gestures. As Labour leader Jeremy Corbyn soon highlighted, “the next generation expects to be worse off than the last”, with soaring student debt levels, high rents, low salaries, and zero hours contracts all hitting young people the hardest. Regarding education, Corbyn insisted there was:

He also condemned the Chancellor’s inaction on other education issues, saying:

there’s nothing in the Budget to tackle the teacher shortage, the school place crisis, or ballooning class sizes

Desperation continues in the education sector

Stress levels are high in today’s schools. One successful teacher spoke in December 2015 about how:

We are entering educational death row. Human bodies cannot sustain the impact of teaching in its current form

Having made the decision to leave his school, he insisted that he would only return if the government realised that “its teachers are people, not machines”.

The General Secretary of the Association of Teachers and Lecturers, Mary Bousted, has criticised bureaucracy, exams, and excessive paperwork for holding teachers responsible for children’s results rather than focusing on making students independent learners. She has slammed government “stupidity” over the current testing regime, saying:

Teachers email me in tears about the pressure they are under

She also insists that:

What’s Osborne’s plan, and why will it fail?

In his budget speech, Osborne said:

I am today providing extra funding so that by 2020 every primary and secondary school in England will be, or be in the process of becoming, an academy.

But the National Foundation for Educational Research has found:

no evidence of short-term benefits in improved performance that could be associated with a school’s conversion to an academy.

Schools spend billions of pounds of public money yet, at present, there is no rigorous accountability for academies that are ‘coasting’, no clear understanding of what happens when one falls into this category and no risk assessment in place for those rated as good or above

In other words, academies will improve very little, and they have very little accountability. And as The Canary has highlighted, profit-seeking bosses and ‘administrative staff’ in academies have been receiving large amounts of public money while unqualified teachers have been allowed to enter into classrooms. What we have here is clearly an ideological policy of privatisation with little basis in evidence.

What’s the alternative, then?

As The Canary reported in 2015, we should look to Finland – referred to by the Independent as “the by-word for a successful education system” – for real solutions to the problems facing British schools.

There’s not just one clear-cut solution for improving education. But what the Finnish system teaches us is the importance of giving both respect and power to teaching professionals. In Finland, the profession is highly prized, with teachers being both well paid and highly educated (requiring a Master’s in education).

And the brilliant results Finnish teachers achieve are rooted in the autonomy they receive as educational experts. They are free from inspections, standardised tests, and government interference, and it does them a world of good.

They have ample time to prepare classes because they teach four or fewer lessons a day. And their focus is not on homework or exams, but on increasing student engagement and participation in the classroom.

But rather than listening to education experts and looking at what has worked elsewhere, George Osborne is steaming ahead with the academisation of Britain’s schools. For him, the March budget takes “imaginative steps so that the next generation is better educated”. And these steps will “improve the quality of our children’s education”, he insists.

But this is absolute rubbish.

Academisation is only an “imaginative” solution within the Chancellor’s narrow limits of privatisation. For everyone else, it is yet another failure by Osborne to address the very real problems within the British education system.

– Support The Canary, so we can keep holding the government to account.