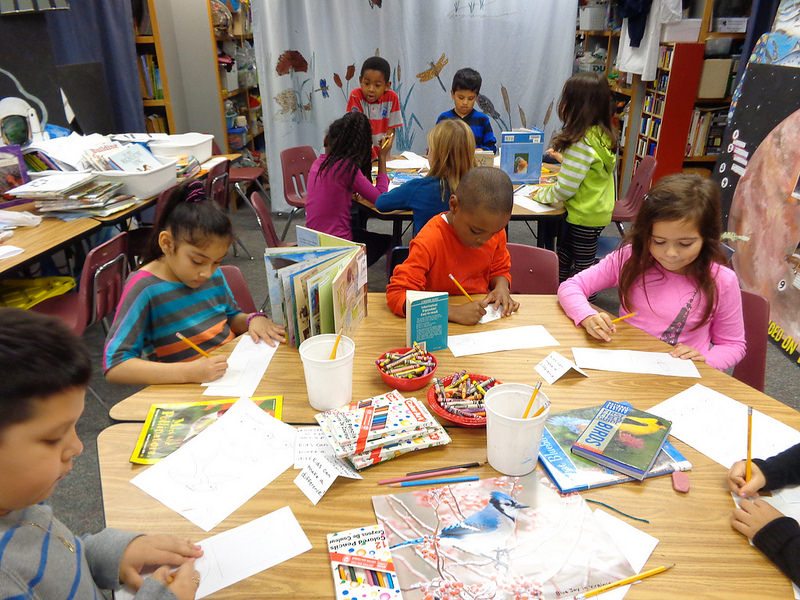 Nursery staff almost landed a four-year-old child in a de-radicalisation programme, because he pronounced the word “cucumber” wrong. The incident occurred in Luton, following the child drawing a picture. Seemingly, the child attempted to explain his creation to staff, but they misheard what the boy was saying. Instead of “cucumber” they believed he was saying “cooker-bomb”, and promptly raised the alarm.

Channel, a part of the UK government’s anti-radicalisation Prevent strategy, is the program “which focuses on providing support at an early stage to people who are identified as being vulnerable to being drawn into terrorism”. Channel referrals then incorporate the police and social services, so these entities became involved in the case.

Unsurprisingly, these authorities decided not to take the case any further.

The child’s mother has told The Canary she received no apology for the incident. She also feared, at the time, that her child could be removed from the family when “she was informed by the nursery she would need to prove herself innocent to social services”.

This case is striking because of the age of the child. But it is no longer unusual for children to be targeted under anti-radicalisation legislation in the UK. In December 2015, it was discovered that children as young as nine were being branded as potential extremists at risk from radicalisation in Waltham Forest.

Prevent is one of four elements in the UK’s counter-terrorism strategy (CONTEST). The Counter Terrorism and Security bill, which codifies Prevent in law, passed last year in parliament. All public institutions, including schools and universities, now have to comply with the Prevent statutory duty. However, when staff explained to the child’s mother that their action had been taken under this Prevent authority, she was given “no explanation given as to who ‘they’ [Channel] are”.

She certainly knows who they are now though. When asked to comment on the program by The Canary, she said:

The Prevent programme is unworkable. To expect front line staff such as teachers, doctors, nurses etc to ‘spot the terrorist’ with a few hours training is unrealistic and a recipe for disaster.

The conveyor belt theory Prevent is based on has not been approved by any academia or had successful testing in the field. Even former secret agents in the US have come out against it. Police officers who are trained to police regularly make mistakes to then expect teachers to police in a very complex area such as this is optimistic to say the least.

And she is not the only one who lacks faith in such strategies. Last year, Jahan Mahmood, a Home Office terrorism adviser, resigned because he believed that counter-terror policing is causing radicalisation and “an atmosphere of fear”. That fear is surely palpable for the parents of children who are unnecessarily crushed under Prevent’s draconian weight. But it is also taking its toll on the teachers responsible for implementing the program. Alex Kenny, from the National Union of Teachers, explains:

Teachers are scared of getting it wrong. They think Ofsted is going to criticise them if they haven’t reported these things, and you end up [with] the boy making the spelling mistake, or the boy saying something in Arabic – that then gets reported on.

This case proves the Prevent program needs to be overhauled, for the sake of all involved. It is breeding an atmosphere of fear, and paranoia, in parents and teachers alike. And importantly, it is surely having an impact on the children involved. As the mother concluded:

The school should be a safe haven for children, not a place to be spied upon and brainwashed.

Educational institutions are meant to be a place to develop, grow and explore. These freedoms are key factors in the formation of healthy adults. So, let’s return to that, and a civilised – not scared – society. Not just for the children’s sake, but also for our own.