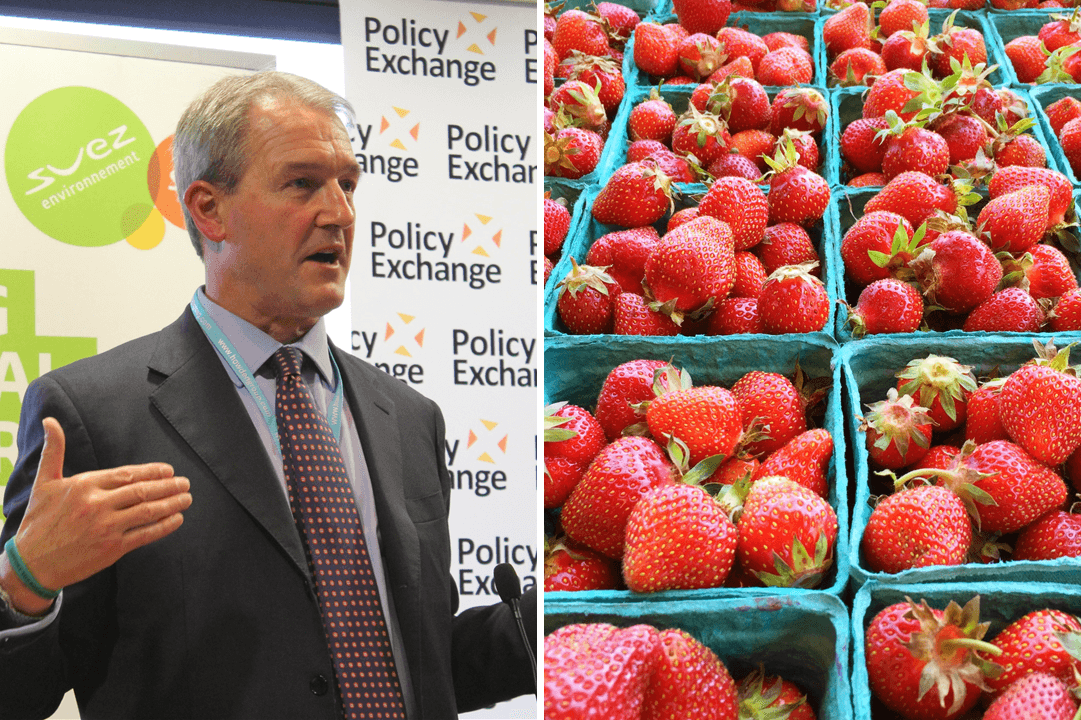 Hapless former Environment Secretary, Owen Paterson, suggested that old age pensioners be put to work on the UK’s fruit farms. He even had the cheek to say that because they would probably be a bit slow, they should be paid less than the minimum wage so as not to waste the farmers’ money.

Paterson’s army of silver haired and grimy finger nailed serfs would have replaced some 20,000 (mostly youthful) Bulgarians and Romanians who had been employed seasonally under a scheme which preceded the total opening of the jobs market to the eastern European countries.

The proposals have been revealed by former Liberal Democrat minister David Laws, in a book about the uneasy coalition that saw the Lib Dems attempt to co-exist in government with David Cameron’s Conservatives from 2010-2015. Laws’ own time at the cabinet table was beset with controversy – he was forced to resign after only 17 days for improperly claiming over £40,000 in housing expenses, only to be welcomed back to the fold two years later.

Paterson himself was eventually given the hook from his environment role following a string of gaffes, such as turning up with no wellies to inspect the Somerset floods; saying: “the badgers are moving the goalposts” in reference to the cull of which he is such a supporter, and, crucially, appearing to have no interest in the environment. He was replaced by the less outspoken but equally inept Liz Truss. But this fresh revelation reveals just how cold-hearted and out of touch Paterson and some of his ilk are.

The notion that the elderly are somehow slacking and need to be put to work if they’re to have any social value is a grotesque distortion of reality. Lord Bichard, a former head of the Benefits Agency, proposed that retired people should do community service or face losing some of their pension. He was slapped down by, among others, Michelle Mitchell of Age UK who pointed out that over a third of people aged 65-74 already do voluntary work anyway. No doubt many such folk enjoy picking fruit as well, but there’s a huge difference between a spot of pick your own with the grandkids and the gruelling high pace and long hours of a commercial farm. As Slovakian fruit picker Jana Bratova told the Mirror:

It’s exhausting. I wouldn’t recommend it as work for old people. It’s difficult, it’s quite physical waking up early in the morning and finishing late.

As for paying less than the minimum wage, this once again betrays the Tory bias in favour of cheapskate bosses. No matter that people might need the money to actually make it worthwhile going to work, all Paterson could think about was the lost profit caused by slower workers. Philip Davies, one of the shameful Tory MPs who wrecked the NHS Reinstatement Bill debate last week, believes that people with disabilities should be paid below the minimum wage for much the same reason. Iain Duncan Smith’s workfare programme, where unemployed people must earn their benefits by stacking shelves at Poundland in the fatuous belief that this will somehow get their career back on track, is perhaps the most striking example of this urge to create a coerced workforce that costs employers hardly anything.

According to Laws, when Paterson voiced his plan for pensioner fruit pickers, it was a step too far for his colleagues in government. A civil servant apparently “tried, unsuccessfully, to stifle a laugh”. Sanity prevailed at that time but, if we allow the Tories to continue their destruction of society unchecked, how long before we see OAPs forced to earn their pension by spending 12 hours a day in the fields?