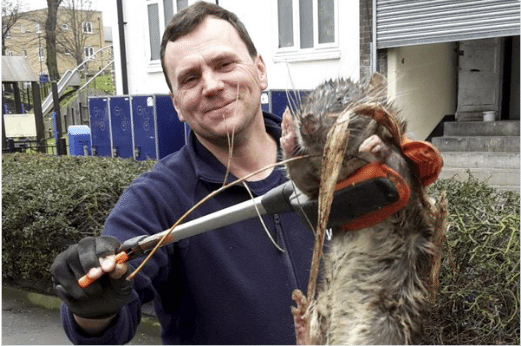 The Evening Standard has been left red-faced after a local council defied a petty attempt at scaremongering with a dose of humour, and the rest of Twitter joined them.

On March 11, the Evening Standard attempted to scare the wits out of the people of Hackney, with a claim that some sort of giant rat epidemic might be happening in their area.

The Standard claimed that:

Pest controllers found a rat the size of a small child yards from a kids’ play area on a housing estate in east London.

The giant rat, which weighed almost two stone, was spotted lying in a bush next to a popular children’s playground.

However, a short while later, Hackney Council took to Twitter with an unexpected response.

@standardnews It's probably not that big. Our pest control team are checking it out though. pic.twitter.com/nqYFYjw4K4

The Hackney team made the point that the Standard had used Primary School-level camera trickery to make what is most likely a regular-sized rat, into some sort of Godzilla-rat.

Twitter users soon picked up on the council’s response and began to make a parallel that you are likely already coming to now. Yes, that scene in Father Ted.

It sometimes feels like the conservative media is seeking to keep readers in a constant state of fear, even to the lengths that a rat being found in a park has to be sensationalised (literally) out of all proportion. When they’re not misrepresenting the size of a rat, it’s the size of benefit fraud, or the immigrant population of the country, or anything else that can spark fear and envy in the hearts of their readers.

So it was nice to see that on this occasion, that attempt at scaremongering was turned around, and the last laugh went to Hackney Council and all those who joined in the episode on social media.