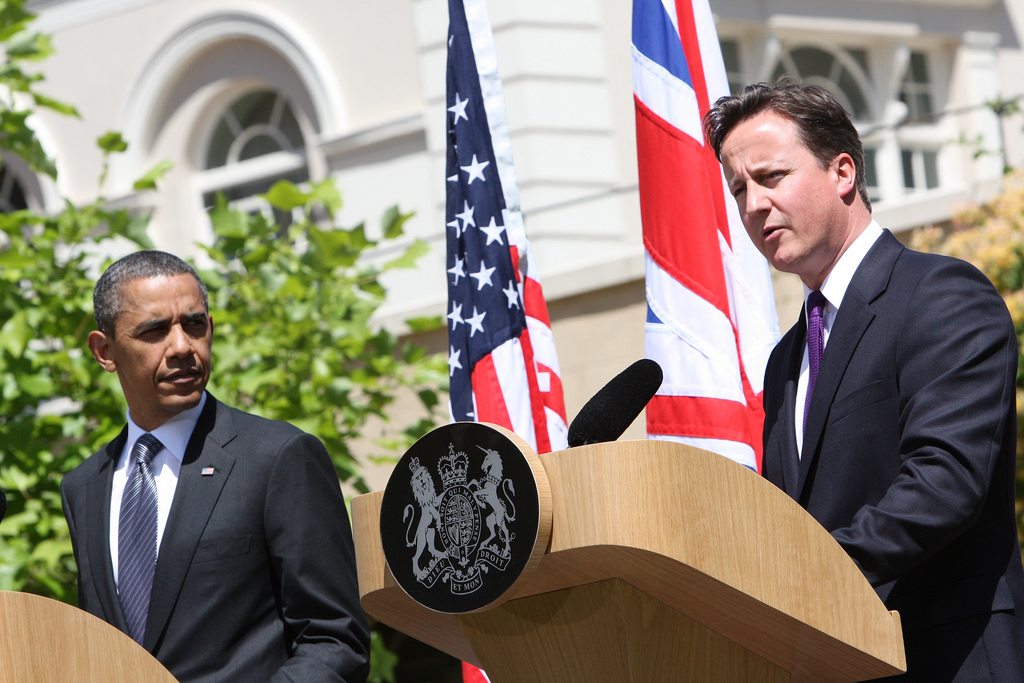 The media is lighting up with the news that President Obama has publicly criticised David Cameron for his military conduct in the middle east.

In an interview with The Atlantic, the US President said that there was “room for criticism” of his European allies in how they dealt with the Libyan conflict after Gaddafi was ousted. Noting that the French change in leadership played a factor in difficulties, he also singled out the Prime Minister.

According to the President, Cameron “soon stopped paying attention”, becoming “distracted by a range of other things”. Obama discussed similar difficulties in negotiating potential action in Syria between his government, the UN and allies in Europe.

The interview is particularly candid; journalist Jeffrey Goldberg notes that, in public:

Mess is the president’s diplomatic term; privately he calls Libya a ‘shit show’

This comes in the wake of news from the UN this week that ISIS have strengthened their hold in Libya:

spreading a nationalistic narrative, portraying itself as the most important bulwark against foreign intervention.

Obama attributes Libya’s fall to ISIL in the vacuum created by Gaddafi’s removal not to US military incompetence, but a lack of being “invested in the follow up” by Europeans; i.e., us.

Goldberg also reveals other candid information about the US president’s view of Europe. He writes that Angela Merkel is one of the only foreign leaders Obama respects, and that Obama is “aggravated” by other world powers who behave as “free riders” on America’s action.

Though neither Obama or Goldberg explicitly specify which countries the President is talking about, this comes as part of the revelation that

Recently, Obama warned that Great Britain would no longer be able to claim a “special relationship” with the United States if it did not commit to spending at least 2 percent of its GDP on defense. “You have to pay your fair share,” Obama told David Cameron, who subsequently met the 2 percent threshold.

Part of his mission as president, Obama explained, is to spur other countries to take action for themselves, rather than wait for the U.S. to lead.

These revelations are the first time in recent memory that the UK/US ‘special relationship’ has been breached. A US spokesman has tried to moderate the criticism on Obama’s behalf, saying:

Prime minister Cameron has been as close a partner as the president has had, and we deeply value the UK’s contributions on our shared national security and foreign policy objectives which reflect our special and essential relationship.

Given the performance of David Cameron as Prime Minister domestically, it’s tempting to wish to applaud this public embarrassment. However, is the President of the United States really in a position to criticise the foreign policy of Great Britain as a ‘shit show’, given the impact of US misadventures across the Middle East?

From the steadfast support for Israel’s illegal occupation of Palestine, to the drone strike programme, extraordinary rendition, torture, indefinite detention, and the policy of regime change – American intervention has without doubt left the region less stable, and more violent.

If the US is seeking unwavering allies in a continuation of this botched and neocolonial foreign policy, it might well be far better for Britain to abandon it’s ‘special’ relationship in favour of more sustainable and productive relationships with the rest of the world.

Support The Canary to make fresh and fearless journalism.